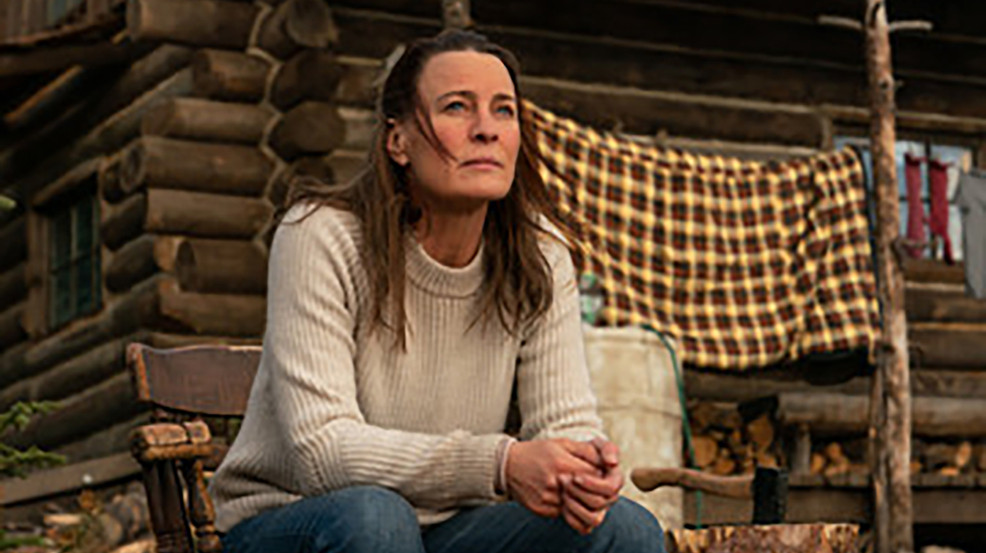 Review: 'Land' is small in scope, enormous in emotional implications

There's a beauty in silence, in long, lingering shots of nature or of characters played by actors who emote so imperceptibly, you feel them rather than see them. So is the case with "Land", the directorial debut for Robin Wright, a film about introspection and coming to terms with loss. The story is small in scope, but enormous in emotional implications, and there is certainly something to be said about a film that encourages you to feel along with the players on screen.

Wright stars as Edee, a woman who ditches the big city for an eerily remote cabin at the top of a mountain. Living is now about surviving and ensuring that she has enough food, cover and warmth as the seasons turn and nature runs its course. Edee is quiet, but there is an obvious desperation in her eyes. She is a woman who has nothing to lose by uprooting her life for this new, adventurous, extremely dangerous reality, even though she has been reliant on modern conveniences all her life. There are a scattering of clues as to why she has pivoted to this new lifestyle so suddenly, fleeting visions of a man and a boy by the river as she fishes. There are also a handful of flashbacks to one traumatic night with her sister (Kim Dickens) who pleads for her to keep living.

Edee, however, "doesn't know what she's doing here", a comment that implies everything and explains her sudden willingness to throw safety to the wind. Because if there is one thing that is painfully obvious, it is that she certainly doesn't care whether she lives or dies. She has uprooted herself from everything she knows and dropped herself in the most dangerous situation she could possibly fathom: alone, underprepared, in the wilderness. She doesn't know how to hunt or trap. She isn't properly prepped for the elements. It takes everything in her to keep her heart pumping.

Just as she is about to succumb to this self-fulfilling prophecy of sure death, as she is huddled on the floor of her cabin literally freezing, two locals comes to her aid. Alawa (Sarah Dawn Pledge) is a nurse, and Miguel (Demián Bichir) is a local hunter who becomes her only source of human interaction as she falls into day-to-day life in seclusion. Despite his accent, Bichir is as Americana as they come, a cowboy that is a source of calm and light for Edee and the audience, albeit with his own complicated past. The two begin a tenuous friendship that offers them slight companionship without the complication of everything that defines a relationship, like sharing one's backstory and the dreaded f-word: feelings.

This is where "Land" strays from the charming character study with sweeping nature shots and top-notch acting that it was flowering into. Instead, it wilts, rushing the climactic reveal and never quite tidily stitching up Edee's story. There isn't the feel-good closure, or any sort of lesson imbued. Themes of recovering from tragedy and surviving a fatal dose of grief flutter throughout, though we find, by film's end, that we along with Edee are yearning for human interaction and... meaning. We learn what has happened to lead her here, but we don't connect with that misfortune on any emotional level, due mainly to its underdevelopment and lack of screen time.

With her very first feature behind the lens, Wright proves she is a filmmaker with an eye for lovely, poignant imagery. Her intuition on shots and framing gives the film an appealing aesthetic. This film is, in many respects, an audition tape for Wright. We've known of her acting abilities, and this simply reinforces that she is much more than a heartfelt monologue. If only it were enough to be shown raw nature, an attractive woman fishing in a river and cozy evenings by the fireside. The heartbreak and enchanting identity of these shots keep your eye and interest. But narrative features require more, and, alas, "Land", though rich in these things is quite poor when it comes to finishing the story it started.

"Land" is available on Premium Video On Demand.