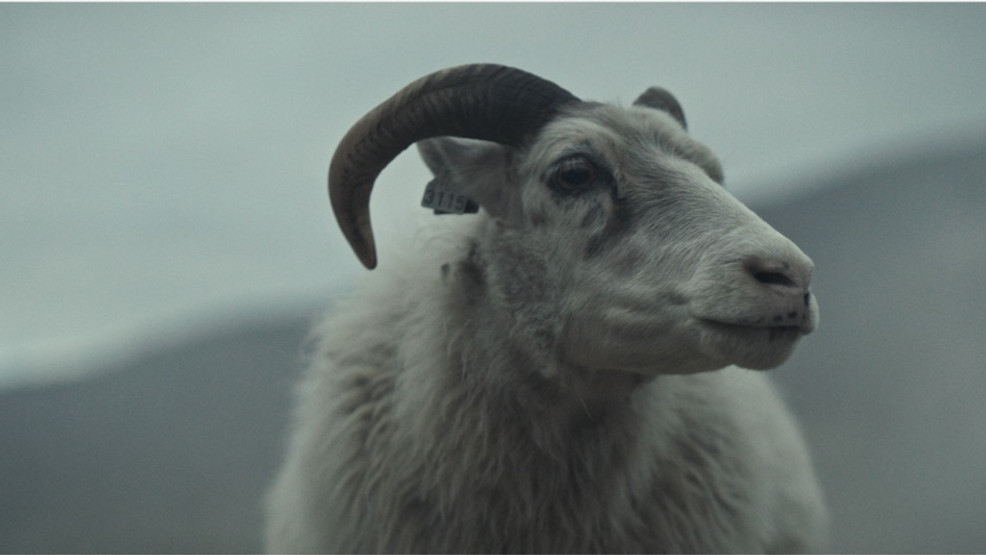 (Photo courtesy of A24)
SEE MORE

From the studio that delivered indie horror classics "The Witch" and "Hereditary" comes another bizarre, haunting little ditty. Perhaps you adore A24, the modern face of commercial arthouse cinema, and eagerly anticipate the multitude of quirky voices and off-beat stories they grace unto audiences. However, if you aren't a fan of the psychological, supernatural family drama genre then you certainly won't like "Lamb", an Icelandic folk tale that builds undeniable tension with very little action and a climax that stuns, horrifies, but also might baffle and frustrate many viewers.

The film is anchored by the central performances of its three stars. Noomi Rapace (you may remember her as the original Lisbeth Salander in "The Girl with the Dragon Tattoo") stars as Maria, a wife and farmer in a desolate part of Iceland. She and husband Ingvar (Hilmir Snær Guðnason) tend to the land and their sheep, feeding them, corralling them inside when the weather worsens with their stalwart herding dog and, perhaps most importantly, aiding in the labor and delivery of their lambs.

It's a small, unassuming life, one that writer-director Valdimar Jóhannsson captures with great attention to the detail. He allows the dull light that never finds the horizon - the spring sun in the Arctic Circle doesn't set - to pervade the film and our psyche. Fog rolls through the tundra-like farm, often coating the ground and the sheep, begging us to question whether there is something out there, watching and waiting. Like the hound of Baskerville patrolled the moors of England, so does the camera slink us through the film's setting, adding a heightened sense of unknown dread and insecurity.

The stark imagery doesn't mean there isn't warmth between Maria and Ingvar. There is palpable love between them, a glowing comfort those who have survived life together for a while will recognize. Even so, Maria and Ingvar live and breathe their work. It's hard not to when living on the property and among their wooly dependents. Their lives are changed forever when, while midwifing for another expecting sheep, a strange, unnatural creature falls forth into the hay.

They name her Ada and attend to her like one might a human infant, swaddling her, rocking her and allowing her to sleep in a crib by their own bedside. Said crib is pulled from storage, and, along with wooden crosses planted achingly along a shaded hillside, allude to past trauma of lost children. Maria's yearning to mother something pulsates from her, and Ingvar is eager to allow her this unorthodox shot at parenthood, sidestepping Ada's true mother, an insistent ewe who bleats for her lamb all hours of the day.

At first it seems like we aren't going to get a good look at what makes Ada so different from the other lambs. The shots of her head exposed and body wrapped in a blanket show a normal enough baby lamb. Thankfully, the rest of her is revealed - there are a few minutes where we worry that won't be the case and we will be left (gasp!) to use our irksome imagination. First it is a human hand resting on her sleeping chest. Then, as she grows, we see her in full view: the frame of a small toddler, clothed like a mother would her 4-year-old; one small, soft human hand; one sheep's hoof in place of the other. She can't speak words, but she understands theirs. She is sweet and innocent, like a true lamb, and a loving addition to a couple fraught by tragedy.

Ingvar's brother Pétur (Björn Hlynur Haraldsson) makes a surprise visit to the farm, threatening their new family nucleus with secrets from the past and concerns for their future. He isn't so convinced that Ada is a healthy addition to the family, questioning their sanity and risking the utopian, make-believe life Maria refuses to relinquish. But some things are destined to be, and Ada was perhaps never theirs to play house with in the first place.

"Lamb" is a tense, taut family drama, one that truly captures the emotional toll of child loss and infertility through a simple, Aesopian fable of acceptance, love, but also the dangers of allowing grief to force out reality. For a setting so strikingly grounded in nature and seemingly as far from fantastical as they come, there is a whimsical element that Jóhannsson masterfully incorporates into every shot. Some viewers may feel robbed by its austerity. For such an incredible event - the birth of a near-mythical creature - Maria and Ingvar fail to have even one moment of shocking disbelief or a discussion of how such a thing could come to be. (To say desperation and beastiality doesn't ring through the viewers mind would be a lie.) However, that is the beauty of this genre. The horror elements of the film, though they may be mild and could be unrecognizable to some, accumulate into a festering, insidious feeling that rises up within us as the film reaches its climax, leaving by its end lots of juicy ideas and unanswered questions for us to graze on.

"Lamb" is in theaters now.