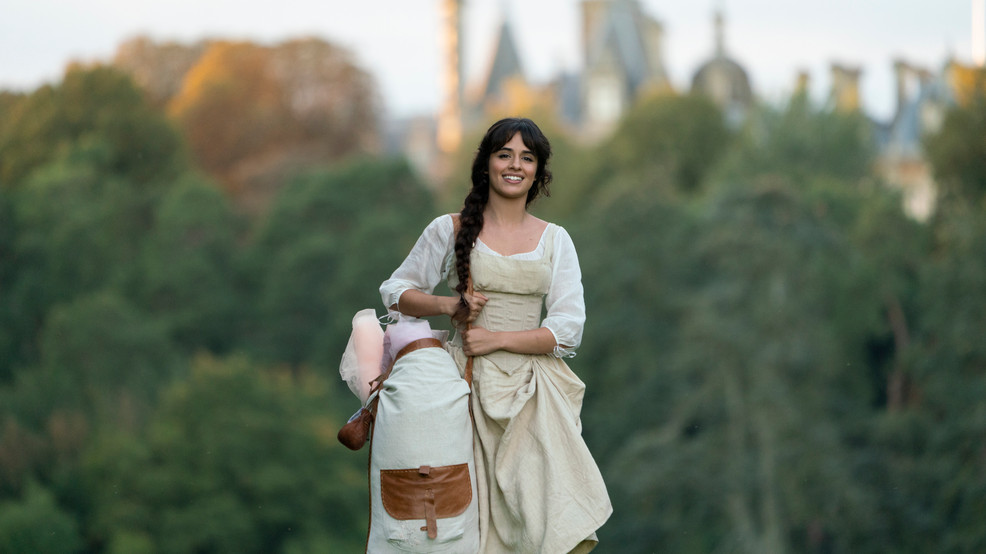 Review: 'Cinderella' is silly, outrageous, fun and beyond fabulous

If you were a kid in the 90s with access to cable and/or a Blockbuster card, it's fair to assume you've seen the made-for-TV adaptation of Rogers & Hammerstein's "Cinderella". There was a spate of TV musicals that tragically sashayed onto primetime television that decade, but this one was a cut above the rest. In fact, most would argue it was far ahead of its time. Not only did it feature a diverse cast, it also highlighted two iconic musical sensations: pop singer Brandy as the lead and the greatest diva of all time Whitney Houston as Fairy Godmother.

Houston produced it, which may explain why her character lingers for as long as she does, extending her "Impossible" number through half the dang film. Brandy, not a veteran actress at this point, was hardly the charismatic lead one would hope for, but her pipes woo us every time, and the gaudy sets so obviously somewhere on a Hollywood sound stage only add to the nostalgia we feel when we see clips on the internet or gifs in texts.

It would be easy to say that we don't need another "Cinderella" film - there have been plenty others over the years, after all - but the new generation deserves their own version to sing along with on road trips or reference at parties (we all do that, right?) Luckily, the latest iteration also ubiquitously titled "Cinderella" offers a new, flavorful spin on the classic story with some modern updates that are contemporary, but still tasteful. Progressive, but not completely pandering.

Pop star and former girl-bander Camila Cabello steps into the glass slipper, and, like her predecessor, this is Cabello's film debut. Unlike Brandy's docile, disenfranchised heroine, Cabello's take on Cinderella packs a punch. A servant to her shrewd, opportunistic stepmother (Idina Menzel) and her bumbling stepsisters (Maddie Baillio, Charlotte Spencer), Cinderella dreams of becoming a fancy clothing designer with a small shop in town's square. Women don't own things in this antiquated society, but Cinderella has set her head and heart on breaking the "million to one" odds of breaking through the chains of her gender to prove everyone wrong.

It's heavy on the female empowerment, but it almost has to be in order to counteract the bottomless pit of damage Disney's animated "Cinderella" inflicted on women. (That Cinders girl was witless, helpless, relied on mice to do everything, and is the most nondescript, vanilla of all the Disney princesses.) For her part, Cabello steps into the role with a power and presence - she is a pop superstar after all - that prevents comparison to Ellas of the past and slaughters any trace of meekness.

There is still a prince (Nicholas Galitzine) because this production isn't run by total newbs, but the character's stalwart heroism and sturdy trustworthiness are replaced by primeval frat boy energy. Much to the distress of his parents (Minnie Driver, Pierce Brosnan), this prince doesn't want to marry anyone, let alone the boorish princess suitors who roll through court. When he spots Cinderella misbehaving during a public event, the prince is smitten by her confidence and feminine roar. Agreeing to a ball open to all eligible women in town, Prince Robert has his sights on tying her down, even if Cinderella isn't interested in giving up her life as a struggling creative for one entrapped by royal hullabaloo.

You surely know the rest, at least peripherally. Cinderella's incentive to attend the ball is not to catch the prince, but to show off her original designs in hopes of gaining wealthy, influential clients. When her dress is destroyed by her ne'er-do-well family, her Fabulous Godmother (Billy Porter) comes to the rescue, waving his wand, honey, and getting her to that ball, yas!

Oh it's fun. Silly, outrageous, garish, but beyond fabulous. If you can't handle the good time, get away from the fire, because this cinders girl and her crew are sure to entertain. At the very least, the attractive, vocally gifted leads are sure to attract its desired audience: me... and fellow 14-year-old girls. Previous iterations have paved the way, and there are no limitations to the influence that nostalgia can have on our opinions. Brandy walked so that Camila could run. Whitney flew so that Billy could WERK, QUEEN.

It may appeal to older viewers too, with its decision to scatter popular classics throughout. The catchy, iconic score from the Rogers & Hammerstein's version is replaced by a track list of hit songs that fit thoroughly into each scene. Menzel belts Madonna's "Material Girl" with distinct self-awareness. Galitzine wants to find "Somebody to Love" by Queen. Porter extols Cinderella to Earth, Wind & Fire's "Shining Star".

Written and directed by Kay Cannon, the force behind the "Pitch Perfect" series, "Cinderella" keeps it light and simple, uninterested in wholly vilifying the villains and eulogizing the heroes. Instead, we're taken on a journey that attempts to carve out its own spot in the Cinderella history. It's often a suicidal task, working with a property so engrained into popular culture and into our general consciousness as consumers of entertainment. But for those willing to let go of preconception, "Cinderella" can be a charming watch that'll get you tapping your toes and grinning ear to ear.

"Cinderella" is streaming on Prime Video.