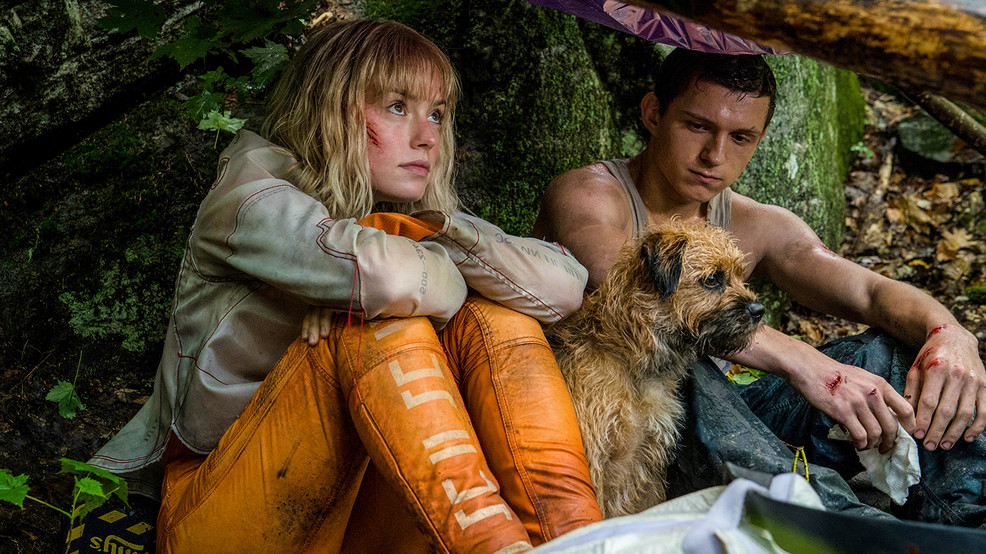 After initial photography wrapped in 2017, followed by extensive reshoots and complicated scheduling with the film's high-profile leads who star in other mega properties (Marvel Cinematic Universe, "Star Wars"), "Chaos Walking" hit theaters last month and arrives today (April 2) on premium video on demand. The big blockbuster, young adult saga is based on the 2008 trilogy of the same name by Patrick Ness and has all the trappings of a successful dystopian series: two young, attractive leads; a diabolical villain; a sci-fi element that sets both the protagonist and its pursuer apart; and a lesson on morals that highlights a fundamental inequality, in this case gender. Yet even those eye-catching factors and a hyper talented cast don't prevent the film from turning chaos into a formulaic action-adventure that perhaps too structured for its own good.

Set a couple hundred years in the future, "Chaos Walking" is a sci-fi western that follows human settlers as they abandon earth and voyage to a distant habitable planet. The first wave of pioneers arrived many decades prior and have established villages across the land. Todd Hewitt (Tom Holland) is the youngest resident of Prentisstown, a settlement comprised of just men. The women mysteriously died when Todd was a baby, allegedly at the hand of the new world's indigenous people. The only life he's known has been under the burden of "Noise", a disease that affects only the male inhabitants and allows each man's inner thoughts to be broadcasted to those around him. Like a walking talking projector for your mind.

Todd is particularly bad at controlling his Noise which barbarically grumbles a persistent hum of garble detailing each idea as it flits through his mind. Mayor Prentiss (Mads Mikkelsen), the trusted town leader with a grizzled visage and hypnotic confidence, has a talent for contorting his Noise into whatever he pleases, making others see things that appear real, but are in fact just figments of his mind. The film anthropomorphizes each man's thoughts with clouds of purple and blue that swirl over his head. They come through like a broken radio, rarely complete ideas, but fragments of thoughts and emotions. Other times, when the idea is strong, we see fleeting images of people or places that project in the air before dissolving and moving on to the next.

The concept that one's thoughts are visible to others is, if given the time and space that a full-length novel allows, fun and intriguing and can operate as a useful, innovative tool for storytelling and character development. On screen, however, that piece of the puzzle - a central, highly visible piece that is integral to the story as a whole - muddies up the audio, is difficult to discern through its visuals and overall becomes a pesky inconvenience you can't quite embrace and you certainly can't ignore. There really is chaos walking through each scene, and though at first you may find it alluring, by film's end, you'll be screaming into the void and cursing at the Noise.

When Viola (Daisy Ridley) crash lands in the woods near Prentisstown, she is the only survivor on her ship and is rightfully wary of the men who capture and question her. She hasn't seen Noise before, and her lack of Noise is unsettling to the mob of undereducated, sexually repressed men. You can feel their interest in her, though her capacity to get herself out of the situation is never questioned. She is technologically advanced and has been trained to fight. Her only weakness is not knowing the area.

Which is why Viola has no option but to trust Todd who quickly develops a crush on the first woman in his life he's laid his eyes on. Viola at least knows where she stands with Todd at all times. His Noise gives away his feelings immediately. Todd is the exception to the rule of Prentisstown men and is perhaps the only "good" guy. The mayor's son (Nick Jonas), though a similar age as Todd's, holds loyalty only to his father and plays a rather one-note malefactor necessary for certain plot developments. The town preacher (David Oyelowo) is a raving heresy denouncer whose Noise is constantly swarming his head with fire and brimstone personified.

Viola and Todd trek through the wooded wilderness to find people who are, they hope, more forgiving of her gender. Somewhat protected by Hildy (Cynthia Erivo), the leader at another settlement and a woman to boot, the duo must fight off the pack of rabid Prentisstown men and find a way to warn the larger ship carrying the second wave of pilgrims headed towards this flawed new world.

There is plenty to dissect, particularly with the story at face value. There are thoughtful, thought-provoking themes and motifs that run throughout - the power of ideas, a woman's role in a male-dominated world, etc. The film is a divergence from other YA properties in that regard, adding something to the dialogue rather than merely perpetuating young people's interest in attractive actors falling in love under various, varying circumstances. Unfortunately, theory and reality are most often at odds with one another, and all the Noise in the world can't save this flashy bit of futuristic melodrama from being blinded by its own conceit.

"Chaos Walking" is available on PVOD.