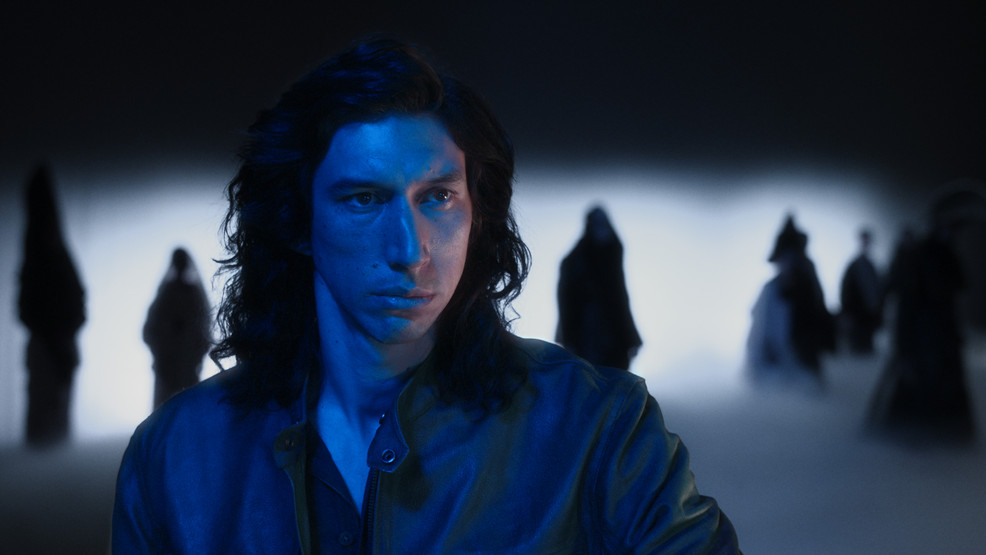 Review: 'Annette' is an allegory-laden rock opera with horror undertones

Hold on to your butts. This is a weird one.

Originally conceived as an album by Sparks, the American pop band consisting of brothers Ron and Russell Mael, "Annette" has evolved from many prior iterations - including a narrative musical called "The Seduction of Ingmar Bergman" - into what can only be described as an allegory-laden, rock opera with horror undertones and a firm European sensibility. The latter is thanks to Leos Carax, the French filmmaker who keeps the spirit of the New Wave movement alive. His works generally reject traditional modes of filmmaking and revel in the blurred lines of experimentation.

Carax is especially drawn to the theme of tortured love, and there isn't a better word to describe "Annette" than torture. Thanks to the off-beat musical numbers provided by Spark, the film is a bad trip to the opera, one that holds notes too long and monologues (if that's what you call sequences partially sung, partially acted out like a demented round of charades) that spin the actors in circles, placing them by scene's end in the exact place at which they began.

If there is one thing going for it, it's that "Annette" does have star power, particularly in Adam Driver whose Henry McHenry has all the absurdist tendencies and manic charisma to attract attention. He's an American comedian who enters his sets in a bathrobe through a haze of theatrical smoke. He writhes onstage and delivers his punchlines in dry, often incoherent mutterings, but even this rockstar persona is no match for that of his girlfriend-turned-wife.

Ann (Marion Cotillard) is a hyper-famous opera singer, a worldwide sensation who performs to sold-out arenas. Her performances, which we are shown in what feels like their entirety, move in and out of the stage; we aren't sure if this is really the stage performance or perhaps just Ann's own imagination into which we enter. If you find opera a bore, then apologies, but you won't find Cotillard's scenes much more enthralling. Defined by their work, Ann and Henry become a tabloid power couple, putting on impromptu photoshoots for paparazzi and sending entertainment news shows in a tizzy with their marriage and pregnancy announcement.

Enter Annette, the daughter born to two parents ever-competing for fame and attention, though her parents are doting for a time. A rogue, thematically poignant creative decision, the character of Annette isn't played by a real baby. She's a Jim Henson-esque puppet with dopey ears and doe eyes, an unsettling figure who is coddled and rocked by the actors like a real infant. She, of course, represents a turning point in her parents' relationship as the dark sides of fame and success breed insecurity and jealousy, mainly in Henry whose act turns cynical and messy. On a yacht vacation, while sailing rough seas, Ann mysteriously goes overboard.

It is a rather romantic sequence: Ann and Henry dancing on deck as the water sprays them viciously. Ann becomes uneasy with Henry's growing lunacy. Carax reaches the pinnacle of enticing imagery with this scene, with some parts that feel more like a Broadway production than for the cinema. But that doesn't mean we feel as bad about Ann's demise as we should, and this is primarily because "Annette" sets its characters on solo hamster wheels, allowing their performances to happen simultaneously, but separate. They overlap in theory but not in that magical realm that only transcendental storytelling can achieve.

Simon Helberg also stars as The Conductor who flits intermittently through the film. After Ann's death, he helps Henry manage Annette and the singing talent she unveils, selling out venues like her mother. She becomes a child phenom who enchants the world. But this isn't enough to alleviate Henry from his demons, and his uncontrollable rage and discontent sets him down a life-ruining path. Annette, now an older child (Devyn McDowell) and no longer the puppet baby, has the most stirring scene in the musical, singing and emoting in a heart-wrenching performance with a soft, adolescent voice and matching soft, entrancing eyes.

However, this doesn't change the fact that "Annette" is too focused on the metaphor that it loses grips on the tautness of the story, giving its actors plenty of time and stage to compete with one another for who can out-act the other. "Annette" could be "The Adam Driver One-Man Show" that happens to star other people. It's a musical. It's a melodrama. It's long and drawn-out with scenes that are excruciatingly stretched thin of content. "Annette" is so many things, and yet none of these things.

Ultimately, it's a film I would have seen in high school and adored for all the wrong reasons and without any firm grasp of what it was attempting to say. Now, I feel confident and secure enough in my footing to say that "Annette" is an illogical anti-love story reliant on long-winded numbers that only fluff up the runtime without contributing to any overarching message. It's sensibilities are crude and self-indulgent, and at no point is this a truly productive, insightful or enjoyable movie-going experience.