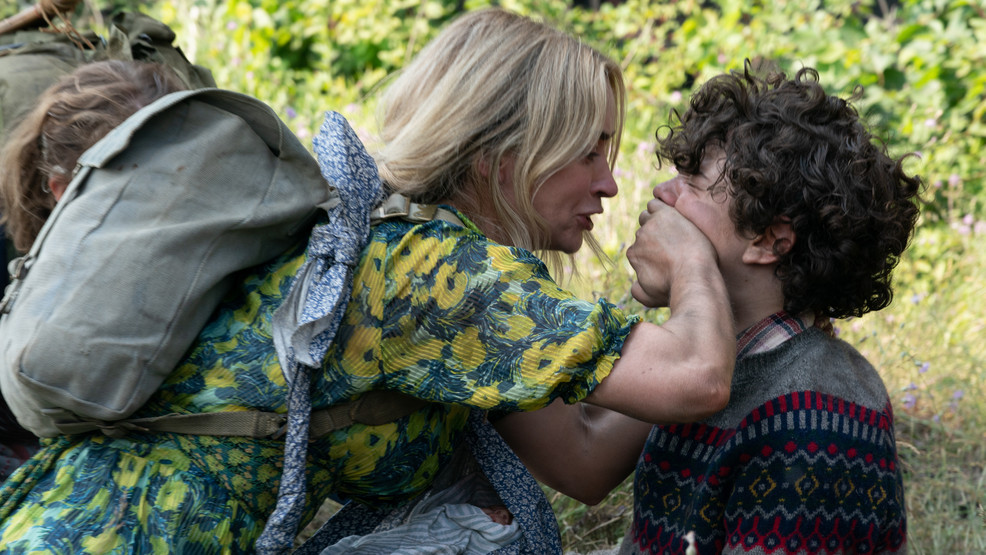 Review: 'A Quiet Place Part II' was well worth the wait

It's been over year since "A Quiet Place Part II" was forced to cancel its theatrical release due to the COVID-19 pandemic. The timing was almost comically bad. Following a full-blown red carpet premiere in NYC's Lincoln Center, the March 20, 2020 release date fell in the early dawn of nationwide lockdowns. Paramount postponed the film's opening several times last year, a move writer/director John Krasinski appreciated, citing his believe that the film requires a big screen for audiences to feel its true impact.

He was right. A follow-up to Krasinski's 2018 "A Quiet Place", the film is as strong a sequel as they come, a thoughtful exploration into the art of suspense building and storytelling. It's a horror film for those who revel in the anticipatory tingle as you wait for the scare to drop, but don't care to stomach your way through the let's-just-chop-people-up subgenre of horror that has somehow survived all these years. This go-around in the post-alien-apocalyptic world is smart, beautifully shot and guaranteed to make you jump out of your seat. There are no gimmicks here, only elevated, enlightened filmmaking and natural (but still bewitching) character development.

The film opens with a flashback to "Day 1" of the alien invasion, providing a moment for Krasinski to make a nostalgic appearance and for a reintroduction to the long-legged, nearly bullet-proof monsters who hunt sound. It's somewhat tedious and irrelevant to the plot - we already know what happens (i.e. bye bye most of the population, hello blind, immortal rulers of this new reality), but it does function as an invitation back to the Abbotts, our sturdy, clever protagonist family: Lee (Krasinski) who died in the first film, his wife Evelyn Abbott (Emily Blunt), the baby she just birthed in that iconic scene involving a bathtub and their two older children Regan (Millicent Simmonds) and Marcus (Noah Jupe).

Once the daddy long legs on steroids make it clear the town is done forever, we jump back to the immediate present. Regan, deaf, intuitive and bold, has just discovered that the creatures, who have razor-sharp hearing and survive by tracking their prey via the teensiest of noises, do in fact have one weakness: they are immobilized by the high-pitched screech of her amplified hearing aid. Empowered by this revelation, but still mourning the shocking death of their patriarch, the new family of four must abandon their farm in search of somewhere else to settle with the unspoken hope that a friendly someone is at the other end of the fire that burns each night.

Immediately, it feels like an extension of the previous film in the best way, like the story never ended. The script doesn't put weight on nifty afterthoughts in plot, and it doesn't attempt to stretch it to an inconceivable reality. The characters and their mission are told succinctly, honestly, yet still with enough flourish to grip our interest by the throat. Krasinski takes the logical approach, laying out a believable path for these characters while still throwing them into incredible situations with even more incredible escapes. There are anxiety-inducing set pieces and sequences that will leave you holding on for dear life, and also not wanting the ride to end.

Lee's death has matured the children who hold it together better than Evelyn. She is particularly weepy this go-around. You can empathize with her, a freshly widowed mother trying to keep three kids alive in the midst of an alien invasion that has decimated the world's population (raising kids during a global pandemic might make some parents watching almost relate to her plight), but Evelyn's permanently frantic expression and continuously watery eyes are in direct contrast to Regan's blazing confidence. It is the daughter who has the ability to take risks. She is the powerhouse this time, stepping into her father's shoes by taking chances, fighting off blood-thirsty alien hounds and overall the coolest teenage chick in recent cinematic memory. Simmonds, who is deaf in real life, is a refreshing element to a sequel that allows her to grow with her character, entrusting much of the film's emotional resonance on her shoulders.

The Abbotts stumble upon Emmett (Cillian Murphy), a friend in their former life who has lost everyone he loved. He is cynical and shut down, but still takes them in temporarily after Marcus is injured and Evelyn melts into a pathetic puddle of tears and desperation. He is the naysayer that every world-ending flick needs. (It's certainly fun to see Murphy survive in another ravaged-earth series nearly two decades after he staved off flesh-eating zombies in "28 Days Later".)

The journey from here contains plot spoilers that are far too entertaining to read in a review. Krasinski turns up the boiler with nail-biting sequences that unfold for several characters at the same time by intercutting their action- and suspense-heavy brushes with the creatures. The pace and flow - of the film, and of this aforementioned part specifically - is what makes "A Quiet Place Part II" so special. It may do more of the same, but it does it bigger and better, with greater jolts and jumps, extended time with the extraterrestrial foes and a writer-director who has honed in his voice, style and message. There is nothing to be quiet about with this one.

"A Quiet Place Part II" is in theaters now.