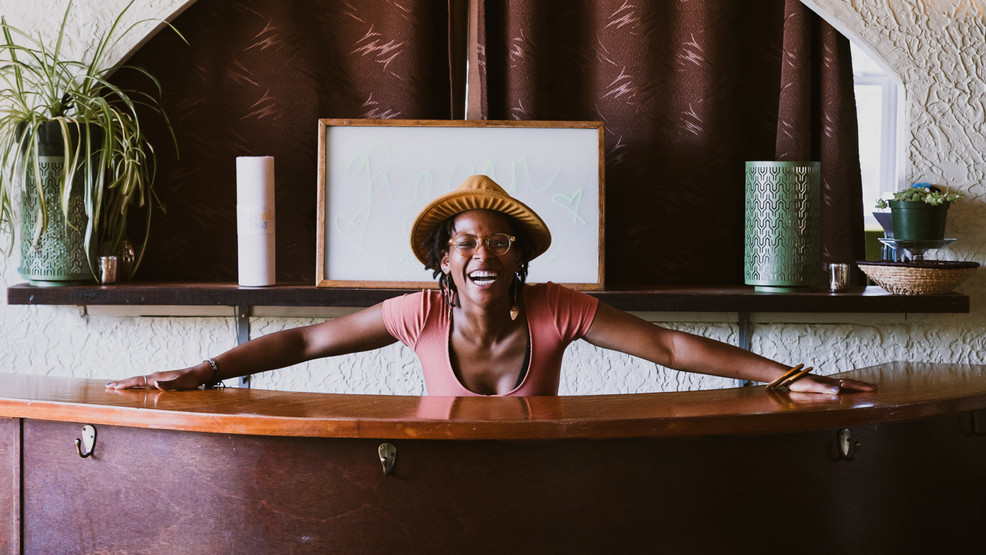 Melanie Granger introduced herself to Seattle and her community in South Park with one million tampons. Three years ago in the South Park Hall, a 95-year-old dance hall Granger would come to own, she and co-founder of the event Corina Luckenbach pledged to collect one million tampons to donate to homeless youth. Since that event in February 2018, Granger has continued to serve her community using the South Park Hall for events, but also as an affordable indoor play space for children to learn through exploration and social interaction called We Free Hearts.

As a parent herself, Granger wanted to create an inclusive family space, and part of achieving that meant affordability. Childcare in Seattle averages $1,680 per month, as much as some parents' rent. In South Park, a working-class neighborhood where nearly 60% of households with children are single-parent, Granger felt the need for an accessible play space - and drop-in daycare was especially great. She recognized how hard it could be for working parents, particularly for creatives and freelancers, to find a workspace where they could also bring their children. So she created a space where "adults feel safe to focus on work or relax and not have to micromanage," Granger said.

The space is open Monday through Friday, for children ages 6-months to 6-years-old. There is free wifi available for adults to work in the "parent staycation zone," or the option to drop off children if that better suits their needs. Granger provides endless stimulation for the children, from a reading nest to arts and crafts. There are also plenty of snacks.

When play hours end, the South Park Hall is used to host worship groups, community yoga sessions, and even punk rock aerobics. The hall has a small but functional kitchen—a space she rents out to chefs looking for an affordable commissary space for their own businesses.

We Free Hearts is a reflection of Granger's life before landing in Seattle. In Austin, Texas, she worked as an in-home early educator and in her personal life gained experience working with children as a foster parent. Starting at just 23 years old, she began fostering children on her own.

"I wanted to love every single child the same, and the goal was to get them into a safe home and get them better than they were when they left," said Granger. She would take care of some 30 kids and end up adopting a son in the process.

Since moving to Seattle and running her own business, she has continued to serve youth in many ways. She is a mentor for young women of color at Denny International Middle School. She serves on a community board dedicated to empowering local business owners of South Park, creating a stronger and more vibrant business district for families in the neighborhood.

Her work reflects an unwavering belief in the idea that, as she put it, "we are powerful as individuals, but we are limitless as a community united." A mantra that amid COVID closures and restrictions on events and gatherings has gotten her through the last few months. Now she can only use the hall for child care, not events, but neighboring small businesses like South Town Pie, Uncle Eddie's, and Resistencia Coffee have rallied behind her with support.

Despite little rent relief and slower business, she is resolute.

"For the people who are losing everything, I have to stay here," Granger said.

So We Free Hearts stays open with socially distanced play and sanitization rules in place. Today, it's a good day if one or two families visit the large hall that she used to fill, but her entry price of $15 for hours of play remains affordable.

Community can be surface level, but Granger is an example of the depth of community that can exist. The South Park Hall, a space that a decade ago was abandoned and littered with trash, has been rehabilitated, in no small part to Granger's work. Her event space is used to connect neighbors, to network and unite, to collaborate in the form of mutual aid. She makes good on taking care of one another in the way that children's books often teach, but adults can sometimes forget.