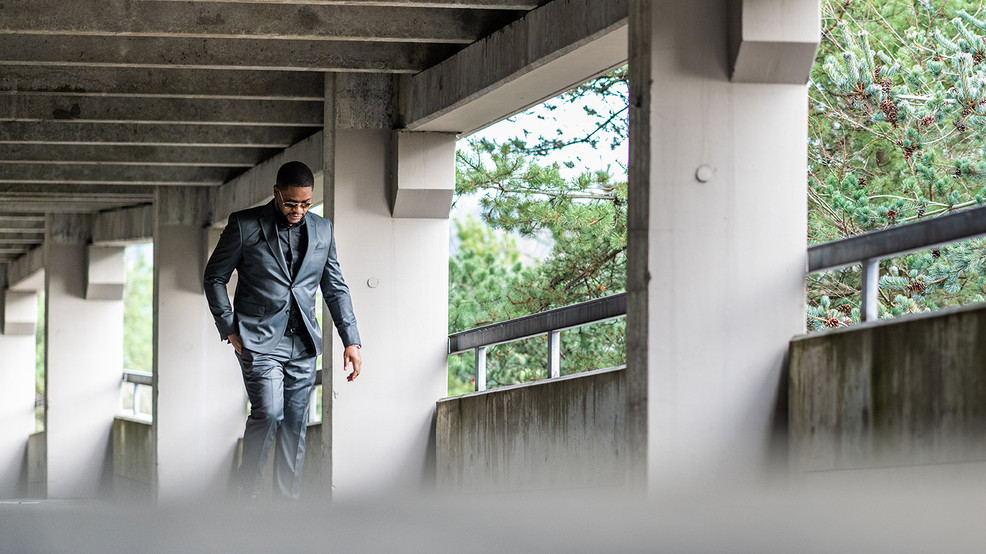 The night before we chatted, Courtney LeMarco was mulling the idea that there’s a way to be successful and prosper in life — without doing harm to anyone else in the process. If we all lived by this philosophy, he believes, the world would have a lot fewer problems than we find today.

LeMarco, a Bellevue-based entrepreneur and Executive Producer of the Emmy-nominated TV show, "Hoarders", admits that life already hands us "a lot of BS to deal with," so he personally chooses to “work on very positive projects that inspire people.” An impressive CV backs this claim — while displaying the breadth of his interests and talents.

In addition to his work in the entertainment industry, Courtney recently launched his own lifestyle brand, MOTSI, which is based out of Washington and features sustainable skincare products, cosmetics and swimwear (70% of the line has been made from recycled ocean plastic). According to LeMarco, fashion and entertainment go hand in hand.

The youngest of six kids, he grew up in L.A. and moved here when he was five years old. He dropped out of high school and ventured out on his own at 16, due to some mental illness and poverty within his family. In 10th grade he became a dishwasher, which led to a chef gig when the main chef was knocked out by chicken pox; continuing on in the culinary world to serve as private chef for the Boeing family for three years.

LeMarco had always been interested in computers and graphic design, though, and soon he was merging both worlds by creating menus for restaurants. This eventually led to picking up bigger clients like Amazon and Neiman Marcus, which pushed him toward the fashion side of things - something he'd been intrigued by since he was young.

He then connected with Neiman Marcus Senior Vice President Ken Downing, who LeMarco likens to a Tim Gunn-type personality. Downing helped him pitch a concept for a TV show, but the TV production company didn't understand his idea — and happened to be falling apart at the seams.

But they did discuss a show they already had, called "Hoarders", which had just wrapped up its ninth season. Fast forward to LeMarco signing for the show, acquiring the assets and beginning this chapter of his life as Executive Producer of "Hoarders" Season 10. Although he admits it was a bit of a weird career progression, "there is some consistency.”

He was familiar with the show, but had a lot of learning to do. As the new EP, he smartly hired back all those who had been let go. Creator Matt Chan had left a while back, but he LeMarco brought him onboard again as a mentor of sorts.

This opportunity with "Hoarders" changed LeMarco's life in many ways. As someone who’d been on his own since his teenage years, he says, “You get used to saying, ‘Here we go’” when attempting something completely new.

“I love telling stories,” he added. “I get to work with really cool people. It’s kind of amazing to now call many of them my peers.”

He also understands the power of representation in the entertainment industry, so he decided to launch The Big Pitch to elevate BIPOC voices in Seattle's filmmaking community. Through the quarterly local competition and mentorship program, he hopes to give young, minority, POC and female creatives an opportunity to tell their stories.

“There are a lot of creative people out there.”

So far they've taken on two talents and helped do script rewrites; their aim is to help shoot pilots (for TV shows and/or films) and then take the work to a network. They were wanting to put out a call for concepts twice a year, LeMarco says, yet COVID has put so much pressure on the production industry already, making everything feel touch and go.

When asked how he juggles so many projects at once, Le Marco says it's an intentional choice.

“There are a lot of distractions out there," he said. "I choose to thrive.” His whole life, he’s seen people make decisions that didn’t work out for them. For whatever reason, he’s always thought ahead to how each decision may affect where he wants to land in the future.

LeMarco knows how to push forward, even when - especially when - things feel uncertain.

“Life is always going to be unpredictable," he said. "It’s part of the beauty and the tragedy.”

He’s learned to “take all lumps as lessons,” turning life’s tests into teachable moments that make him a better person in the long run.

“You need to believe in yourself and do the work; those go hand in hand," he said when asked for words of wisdom on staying motivated. After that, he says, you'll start seeing results.

And one final key piece of advice?

"Make sure you’re happy, then you can send that energy to others, too."