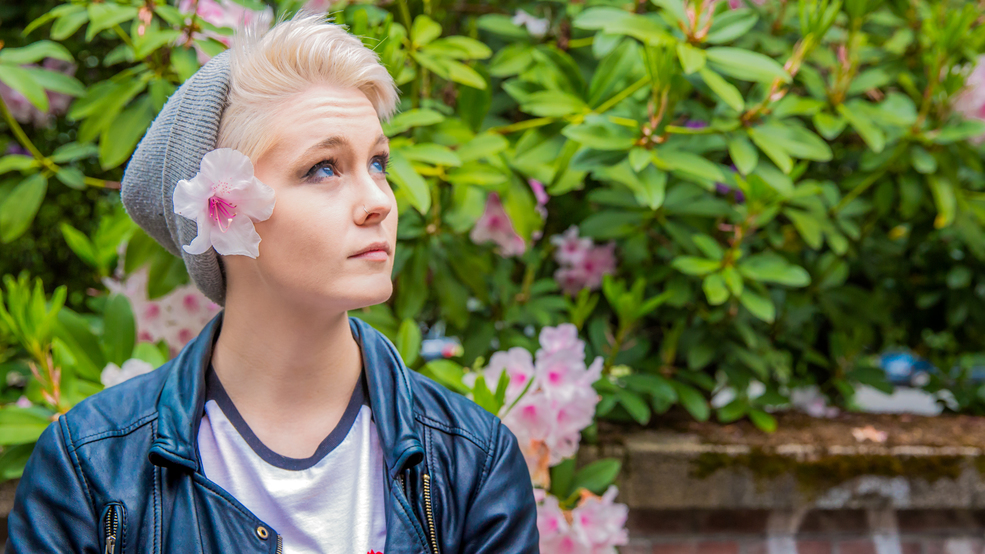 Movers & Shakers: Zoe Rain is so much more than Macklemore's tour photographer

A springboard for a vast ocean of talent, Seattle’s arts community has grown countless impressive creatives over the years. One of the latest, photographer Zoe Rain, may be only 24 years old but she boasts an enviable resume that includes traveling the world as Macklemore’s tour photographer and opening Rain Studio, her own space in Chicago.

It wasn’t always flashbulbs and award shows, though. Rain started out as many do, a high school kid struggling to find her niche, before discovering a mentor in Jason Koenig, who took her on as a photo assistant, seeing something in her she didn’t quite see for herself. And she hasn’t looked back.

That partnership with Koenig has led Rain not only to Macklemore but across the globe. When we meet, she has recently returned from a shoot in Cambodia on a project called Construction For Change. Rain describes the mission of the Seattle-based nonprofit organization which “goes into communities and teaches them how to build the infrastructure they need, whether it's schools or hospitals or places to store food.”

“It's kind of like teaching a fisherman how to fish, not giving him a fish,” she explains. “And so we went and documented a school that had been built about eight years ago, I believe. Just showing who was impacted from that. Like the kids in their new space.” The resulting photographs capture an inspired human element in Rain’s bold, clear eye.

This clarity is something she aims for in all of her work, even as she teaches herself new skills. “I'm trying more studio lighting. I haven't really had a space to work out of until now, so just practicing that. I've been doing a lot of artist portraits. And I want to get into more product stuff,” she says.

She’s also teaching herself video. “I just got a video camera set up that's good enough to actually make good videos. So I'm just playing with that and learning how to do that, and trying to do some music videos. I know a lot of really, really talented filmmakers, including my boss who taught me everything,” she asserts. “So I've picked up things here and there from that. And I shot a video on tour. But other than that, YouTube videos and teaching myself. Making mistakes.”

Asked what advice she’d offer to other young creatives, Rain pauses to think and then pronounces, “Make sure that you're thinking about it from a business perspective from the start. Get yourself set up with everything you need, as far as a different business banking account, and make sure you're doing your taxes right, and writing stuff off, and shooting stuff that you might not want to shoot that’s going to be lucrative. I shoot weddings all the time, and they're not necessarily on brand for me, but I love doing them now, you just have to learn to love that.”

Rain’s constant desire to learn is paying off. Especially when it comes to building a strong community of Chicago collaborators around her. “I think just supporting friends and other artists, and being at shows and events. I'm pretty antisocial, so just forcing yourself to get involved. Listen to music and buy people's paintings. Everyone very much hustles for each other.”

During a Chicago tour stop with Macklemore, Rain met friends of a friend, “and it was just this incredible group that all seemed to be really genuine and awesome,” she said. “And they were like, ‘you should move here,’ and so I did.” So how is it different than her hometown?

“Chicago’s a lot bigger, obviously. And Seattle definitely feels like it doesn’t get out of Seattle very often.” This next-level thinking is what has propelled Rain onto the radar. “It’s kind of like, you make it to the top as an artist in Seattle and then you are just cool in Seattle and nothing else. In Chicago, at least now, we’re on the map.”

What does she miss? “The hills and the mountains. And I miss Tacos Chukis,” she declares, before she has to run off to the next shoot.