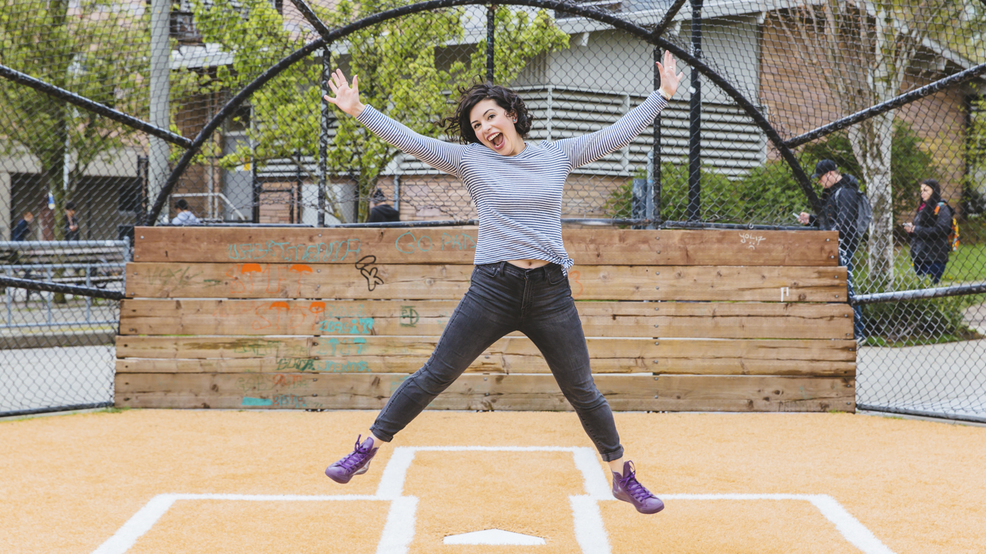 Beyond the VIP ropes and countless wristbands of Seattle’s music scene are a cadre of whip smart, talented folks out to ensure you’re having the best night of your life, and as AEG’s Digital Project Manager, Julia Paleski is one of them. While most of her work might be behind the scenes, you’re likely to find Paleski popping up at any number of events—from concerts to career fairs—getting to know the community (Image: Sunita Martini / Seattle Refined).
SEE MORE

Movers and Shakers: Julia Paleski has the pulse on Seattle's music scene

Beyond the VIP ropes and countless wristbands of Seattle’s music scene are a cadre of whip smart, talented folks out to ensure you’re having the best night of your life, and as AEG’s Digital Project Manager, Julia Paleski is one of them. While most of her work might be behind the scenes, you’re likely to find Paleski popping up at any number of events - from concerts to career fairs - getting to know the community.

Helping market such lauded local events as Bumbershoot, the Marymoor Park Concerts, and concerts at the historic Showbox downtown, Paleski has seen her fair share of the industry, and sat down with us to chat about how she’s making her #lifegoals a reality every day, with a little help from her friends.

After growing up in the suburbs of San Francisco, Paleski moved to the Northwest to study marketing at Seattle University, fell in love with the community, and decided to stay. While in school, she completed marketing internships with Bumbershoot and ONTO Entertainment, a management company where she met one of her biggest mentors in Christen Greene.

“That was probably your textbook unpaid internship,” she said. “But Christen is now a dear friend and mentor.”

Whether she was helping clean up after events or mapping out a band’s latest tour, Paleski started learning the ropes of the music business, which set the stage for her current endeavors. How did she end up at AEG?

She did tons of informational interviews, touching base with colleagues through One Reel (who ran Bumbershoot at the time).

“I interviewed some of their friends, took them to coffee, and got through to enough people that when Andrew Roe and Michael Spadoni at AEG posted about needing a marketing assistant on Facebook, two different people sent it to me immediately.”

She then moved into the role of social media marketing coordinator, while AEG also developed a digital department that Roe felt she’d be a great fit for and suddenly Paleski was the Digital Project Manager, working on online ads, creative, videos, and more.

Having been in Seattle nearly a decade now, Paleski jokes that since she remembers the Blockbuster on Broadways, she is not a newbie transplant.

While many bemoan the changes to Seattle’s beloved Capitol Hill, Paleski stays true to her heart.

“I love being able to walk to work, walk to a show, take the bus,” she says. “It’s really special to get to know everyone, be able to go to a show and run into people. I have no problem going to events alone ‘cause you always wind up talking to someone.”

“I’m very lucky that what I’m doing is what I wanted to do,” says Paleski, describing her childhood interest in the industry and hope that there might be more to it than being a roadie. “I probably think once a week,” she says in awe, “Oh my god, this is my job.”

“I really love going to a show and seeing how, even if it’s something that I wasn’t super into, that crowds and fans are so engaged, they’re like ‘this is the best moment for me.’ Thinking about, family-based shows especially, that this family bought four tickets to Barenaked Ladies, they’ve got it circled on the calendar, they’re counting down until summer, and they're getting there at 4:00 PM when gates open, with their snack pack and their blanket. Just seeing that come to life is really special and that moment of, ‘okay, the band's on stage, our work is done,’ and then you get to watch people enjoy themselves and be able to create memories that they will take with them.”

The humble, community-oriented side of Paleski’s personality comes through in other ways too. A phone banker for local elections, Paleski admits that she’s “pretty nerdy about voting,” and likes to stay involved.

“Once I graduated school and then switched my voter residency to Seattle,” she says, “it was like, ‘okay I live here, I work here, I really want to start to pay attention to what's happening.’”

On top of that, she loves being able to pay her good fortune back to the community.

“Anytime I see someone that's a younger member of the community that's maybe still in school, or trying to find their next path,” she explains, “I'm like, however I can help. If someone asks to go to coffee, I try to fulfill that and spend time talking to them. I love stuff like career day.”

Clearly self-assured, Paleski comes from a strong family that she is still very close with. Growing up in California, she was surrounded by her mom’s Mexican family, and has just returned from her first trip to Mexico City.

“It's interesting to be Latina and struggle with that part of your identity,” she stumbles. “Like, my Spanish is terrible. And okay - maybe I’m not the most authentic but it doesn’t mean I can’t feel these things and engage with these things. I started taking a Spanish class, at Casa Latina in the International District,” she says, of the nonprofit that works with the Latino population of Seattle and Washington, connecting them with job opportunities and community. And she’s about to start her second round. “It’s really cool to be able to go to Mexico and hear stories about my grandpa and draw inspiration from everyone.”

“At first it was going to be a podcast, now it might be a newsletter, I’m not sure yet. I would really like to engage more with women in the music business," she said. "I've been lucky enough to have some female mentors in the business, and have people who are understanding, but sometimes you look back on things and you're like, oh this happened, or I wasn't given this opportunity, or I said this but someone else rephrased it.”

Wanting to help make room for female voices in a typically-male space, Paleski bemoans the lack of female artists on lineups or the so-called “gatekeepers” of fandoms.

“I've had conversations with friends who don't work in music like, ‘Have you ever thought about these bands? And look at this chart of artists. Who wrote these songs? Who recorded them?' I think if I have the time, it would be a way to just talk about being a female fan.”

“I have this thing and my friends will see me do it,” she explains, “When men move through a crowd at a show, it is by no means necessary that you need to put your hands where you do, when you push past someone.” Beyond the physical, Paleski explains how in certain circles you can’t be a fan of x, y, z, if you don’t remember this exact recording from 1982.

The demographics may indeed be changing, she explains, “young women are driving a lot of the business, they're buying tickets, and product, and so light should be shed on them. The concept that you can follow something and engage with something beyond just thinking the lead singer is cute.”

“I think I would love to be able to spend the time—even if it's not latently you have to be a feminist—to really get in there with this topic. I'd like to feature some friends of mine, that don't get the spotlight as often as guys do. Some of my female friends know more about certain types of music than men I know. And people are always surprised by that.”

So whether it’s out and about on the scene or coming to you in a special project, we’ve got our eye on Paleski as an up-and-coming Seattle powerhouse, ready to shed a little light on music, community, and more.