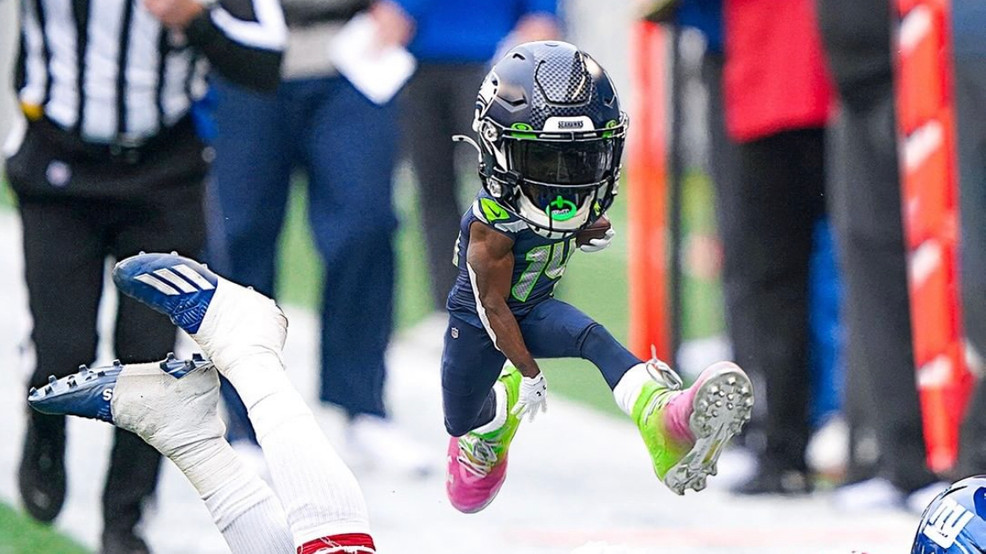 For some, it was perfecting a sourdough recipe. For others, it was nailing a viral TikTik dance, and for some, it was drinking wine (cough cough, right here).

We all had outlets during the two months of lockdown in 2020 — something to help us get by, pass the time and bring some happiness to our lives during a very, very dark time.

And for one Bothell man, that outlet was making mini edits of his favorite athletes and celebrities.

"I'm a teacher, but I've always had this little knack for trying to be creative and trying to be artistic," said Luis Gamez, 35.

What started as Gamez creating mini edits for friends and family led to an Instagram dedicated to them (he credits his brother, son and wife for encouraging him to make the account).

"It made me happy, and then seeing how people responded to the minis; seeing their favorite players or favorite icons [as mini edits]," he said. "Why not make these and just help people smile?"

And it's definitely done its job — Mini Footballer has grown to approximately 40,000 followers in just over a year. Gamez has created mini edits of some of the most well-known athletes and stars — like Megan Rapinoe, Sue Bird, DK Metcalf, Russell Wilson and Lil Nas X — and has collaborated with organizations like the Seahawks, Sounders, Manchester United and the U.S. Women's National Soccer team.

The growth of the account happened gradually over time, Gamez said. Each time one of his minis got shared by another account would lead to someone else doing the same. A pivotal moment for Mini Footballer was when Gamez's mini edit of Rapinoe was shared by the athlete herself.

"That was like the first big share from an athlete," he said, noting how a former soccer coach of his was actually the one to show Rapinoe the edit in the first place. "It was nuts. I got so many likes and comments and follows and stuff. But then that just kind of kept on growing that way."

An edit used to take Gamez quite some time to create, but now he said he can get one done in about a half-hour or less. Inspiration comes in various ways — whether it be a big sports moment, a viral or trending moment, collaborating with photographers, athletes and teams, or suggestions from followers.

"It's been cool building those relationships and just fostering that connection between, you know, people who love sports, people who love photography and love art," Gamez said. "I think that's been kind of like the biggest thing, making those connections."

Gamez is currently selling his minis as stickers, magnets, keychains and other items on his website. An exciting development? He's making mini merch of Bird!

"[Megan Rapinoe] and Sue Bird both follow me," he said. "They've always been super supportive."

The ultimate goal would be to one day sell his mini merch in pro shops and at stadiums, Gamez said. But for now, he's enjoying connecting with people and making them smile through his minis.

"At the end of the day, if you're having fun making the content, then that's going to show through your work, and people will gravitate towards that."