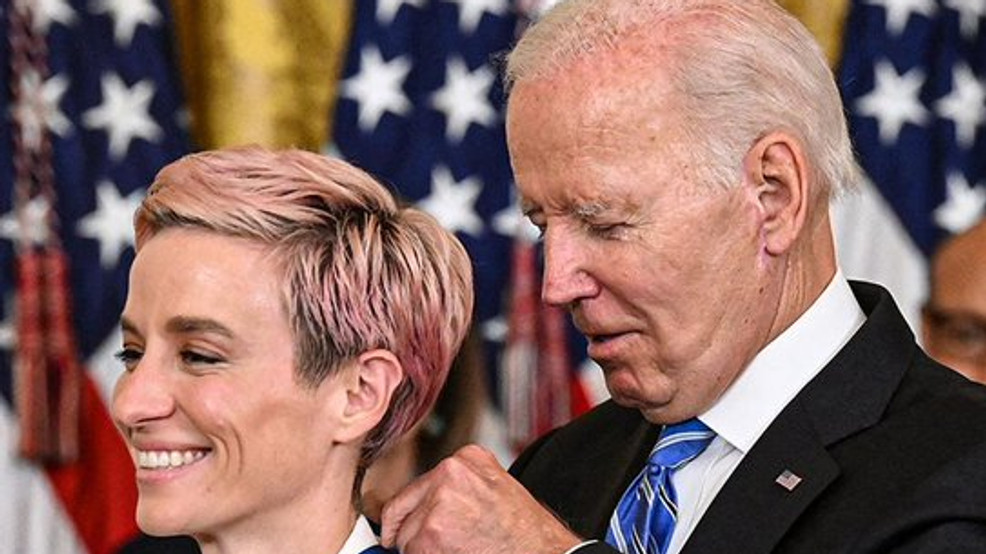 Megan Rapinoe was honored at the White House Thursday with the Presidential Medal of Freedom.

The OL Reign soccer star and Olympic gold medalist joined 16 others on Pennsylvania Avenue for the award.

The Presidential Medal of Freedom is the Nation’s highest civilian honor.