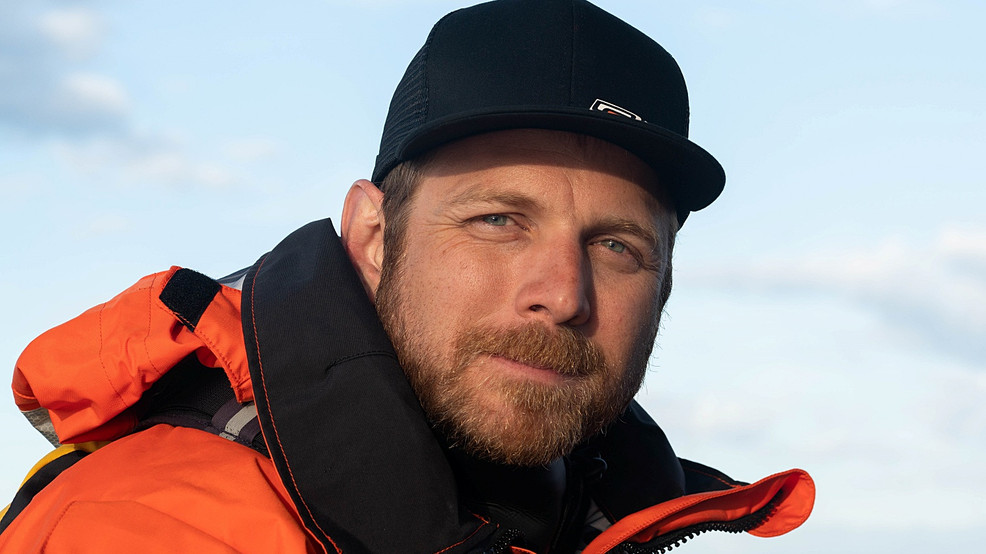 Meet the film boss of 'The Race to Alaska' documentary

In 2014, Jake Beattie came up with what has been called the "best worst idea." Serving as the program director at the Northwest Maritime Center in Port Townsend, he envisioned a nautical race for quirky boaters with a starting point in Port Townsend and a finishing point in Ketchikan, Alaska. Just about any boating enthusiast could be a part of this 750-mile race and any watercraft would be suitable — as long as it didn’t contain a motor.

What could go wrong?

Oh, and $10,000 was nailed to a tree waiting for the winning team to retrieve it. Second place winners would receive a set of steak knives. The knives are a tongue-in-cheek reference to a scene from Glengarry Glen Ross, meaning that anything less than first place was to admit failure. But there are no failures in this endurance race, which is a race like no other.

Filmmaker Zach Carver knows all about the Race to Alaska event. While attending film school, Zach had a conversation with Jake that would significantly change his life. The two had known each other previously working together at the Center for Wooden Boats in Seattle. Zach managed a fleet of rental boats, taught sailing and led maritime history classes and Jake was his boss.

"He said, 'I have this vision. I need to make a video that portrays a starting line, and we need to have this call to quirky boaters,'" Zach recalls. "So, I helped him make the first promo and I was just kind of involved ever since."

How to document a crazy race

Zach is currently promoting his documentary, fittingly called "The Race to Alaska," which he directed and wrote with Greg King. It chronicles this adventurous race and the ragtag group of people who have been a part of it over the years. It is the sort of documentary that will appeal to people who don’t like documentaries. Its pacing is quick, the footage spectacular and there is a good amount of humor throughout.

I recently spoke with Zach about the making of the film. It was a great conversation, and I could have talked with this guy all day long. He’s the kind of guy who isn’t the least bit pretentious, has a great sense of humor and always has a story to share. Knowing that Zach is a licensed sailor, my first question for him was, "Which came first – filmmaking or sailing."

"Sailing. I’ve been sailing since I was a little kid. There is a picture of me at six months old holding the steering wheel of a boat and I learned how to sail when I was like seven. I’ve just loved the water and sailing."

Just as he was drawn to the water at an early age, so was his initial reaction to the concept of the Race to Alaska event.

"I thought it was so cool. I’ve been halfway up [to Alaska] in boats, so I knew how challenging it was. Just hearing the words ‘no motors to Alaska’ and I thought, oh yeah, that’s big. So I got very excited about it in a very boat-nerdy way."

The boss of film

Zach is considered the Film Boss of the Race to Alaska events. It’s a made-up title that pretty much just means "producer" (but sounds way cooler). He immediately had his own visions of wanting to make a feature-length film about the races, but none of the ideas seemed to fit or work out. During the first year, he found out a little too late that a pilot volunteered to take him up to cover the race. He jumped at the chance, packing along his camera and long telephoto lens. But he wasn’t able to stabilize it and all of the footage was shaky. And the first-ever winning team had lost their GoPro somewhere along the course and all of its footage. Even if the footage had survived, Zach wasn’t convinced he had enough for a compelling film.

Two years later, he got his inspiration.

"I was turned onto a film called The Barkley Marathons: The Race That Eats Its Young, which I highly recommend if you haven't seen it," Zach tells me. "It’s about an ultra-marathon in Tennessee run by this chain-smoking, wonderful nutjob who based the route off of a prison escape. It’s just a very quirky race. You watch that film and the race is the protagonist of that film. That made me go, aha, there is a film here. If we cast the [Alaska] race as the protagonist, no individual team needs to be the star. And that really clicked."

People from all walks of life and various reasons are drawn to the Race to Alaska. Some people are real competitors just wanting to win. Others come with an internal yearning and others just want to spend time with their siblings or friends on an adventure that they’ll never forget. One man featured in the movie had just turned 70 and wanted to do the race as a way of celebration. Another man was a marathon runner who said that he was tired of running and thought that he would give the boat race a try. Mind you, he wasn’t a boater.

Some groups have a small team aboard a large sailboat, others travel alone in kayaks. One man even used a paddleboard. Zach says he hopes that he explored many of them fully with his film.

This documentary was made with as much variation in filming as the race had players. Just grabbing short interviews at the race’s only two checkpoints wasn’t going to be enough. Zach had to find clever ways to collect the footage needed. The team members who recorded their journeys were his first resource. His team would also run alongside some of the boats doing moving interviews during the choke points.

"We sent a 16-foot inflatable all the way up the Inside Passage and that small crew just camped out at whatever places they could find along the way. We would throw a lav mic over in a dry bag and they would take that out and we would drive alongside and film. Sometimes that would pass us their memory cards."

One of Zach’s favorite scenes was filmed by this small crew around Cape Caution, where a small catamaran was heading into a gale. It was raining, so all of the "fancy" equipment was tucked away in waterproof bags. Water was going over the boat and, in his words, "It was just gnarly." But the cinematographer was able to capture it all with a GoPro camera with just the right settings, allowing him to gather amazing slow-mo shots.

"Making the movie is different from covering the race," says Zach. "There were a lot of connectivity issues. We had times where we were sitting on a dock in the middle of nowhere connecting to the tiniest bit of Wi-Fi trying to upload things. The bigger challenge was to edit. We had over 70,000 unique video clips when we started. It took the editor two weeks just to set up the project and understand just what he had in front of him."

I ask Zach if he had any plans to race it himself.

"I hope to. I could sail up the Inside Passage because that is something that is within my experience and skill level, but to race it is very different because that forces you to make choices that you wouldn’t otherwise do. It can be a very safe trip if you have time. You’re not going to put yourself into a storm. You’re not going without water. You’re not going to do these kinds of things that can get you into trouble. But because you’re racing, it changes the game. It would be fun to do it with some of the organizers in the long-term future. It’s a big commitment, including time and money."

We won't spoil anything, but the best part of the film is the ending. Some have said it takes 1.5 weeks to two weeks to finish. The fastest time so far has been four days. Some teams get cut off after 21 days. But every team is celebrated in the end.

"I’ve had friends who have run marathons. They did not win. But we still cheered them on because they finished," says Zach. "It’s a fascinating group and I’m very happy to be a part of it."

The Race to Alaska will be shown in Tacoma at The Grand Cinema June 25 and 29.

Click here to learn more about the film and the race.

Jeff Totey is an entertainment expert and freelance writer for Seattle Refined. Follow more of his work here.