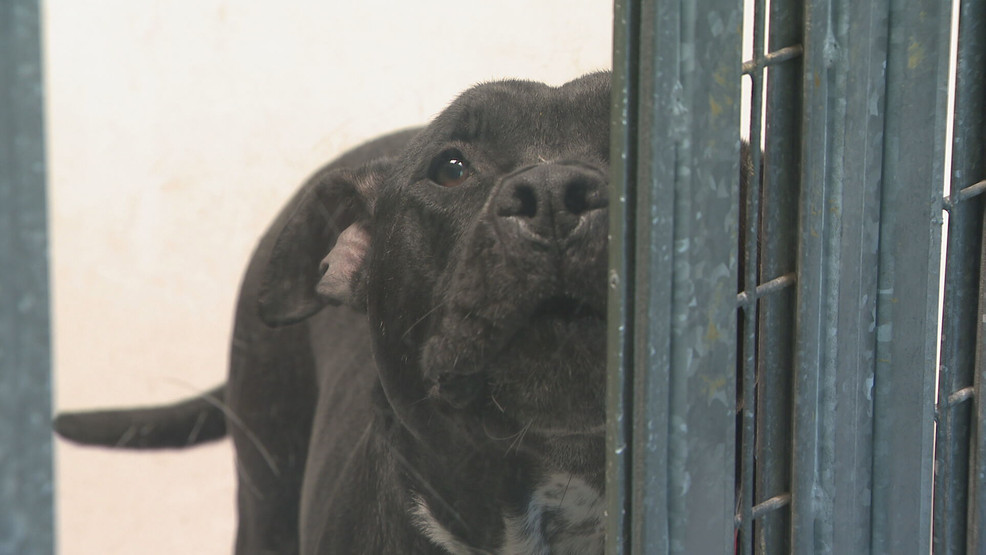 FILE: Rambo the dog has been adopted from the Animal Foundation in Las Vegas after spending more than 100 days in the pet shelter. (KSNV)
SEE MORE

It took more than 100 days, but Rambo the dog has finally found his forever home.

Animal Foundation, which is Nevada's largest animal shelter and pet adoption agency, said the four-legged fellow was adopted on Saturday.

"After 102 DAYS in the shelter, our longest resident, Rambo, has been ADOPTED!" according to a Twitter post from the agency.

The post was accompanied by a photo, which shows Rambo smiling with his new family.

Rambo was one of many animals that were adopted that same day. In a separate post, the shelter said there were at least 47 adoptions so far.

"Lots of wonderful new families and smiling faces," according to the post. "Looking for a friend to take on your summer adventures? Come meet some of our wonderful animals looking for homes!"

Another post noted that there are plenty of other animals available for adoption, as staff members took in more than 300 stray pets in the days surrounding the Fourth of July holiday.

Plus, the Animal Foundation is waiving all adoption fees through Sunday.

A "full house" adoption event is being held with extra team members on hand to expedite the adoption process.