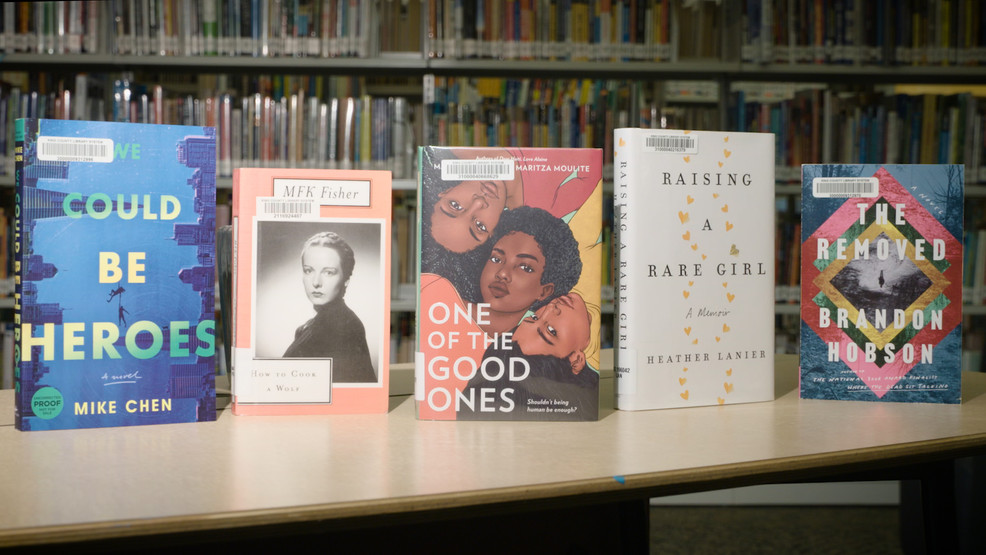 Are you on the hunt for a good read? Check your local library!

The King County Library System has tons of books ready for curb-side pickup, e-reading and pickup via 24 hour book lockers at select locations. But with so many books available, which one should you read next? We asked Emily Calkins from KCLS for her top picks.

"How to Cook a Wolf " by MFK Fisher

“Its a collection of essays and recipes that came out in 1942, in the middle of the second world war [when] Americans were dealing with food shortages and rationing. It’s also an examination of ways that food and cooking can kind of nourish us even when they are things we are tired of doing - which I know a lot of people are right now,” Calkins said.

"One of the Good Ones " by Maika Moulite and Maritza Moulite

Part social justice story, part history and part mystery - this book is about a teenage activist named Kezi Smith who dies in police custody after attending a rally. “Her sisters decide that the way they want to honor her memory is to take this road trip that she had planned to take, and it's based on a vintage copy of the Green Book, this travel guide that was published in the middle of the [20th] century for Black travelers in this country," said Calkins. "Places to stop, to stay, get gas, get meals that were safe.”

"The Removed" is about a Cherokee family coping with the loss of their son Ray-Ray, and includes some mystical elements experienced by Ray-Ray’s younger brother. “He finds himself in a place called the darkening land," she said. "Which is kind of this in between life and death that’s drawn from Cherokee tradition, and that's just one example of how Hobson weaves these stories in with the story of the family. It's really beautiful.”

A memoir written by a mother who’s daughter is diagnosed with a rare genetic condition, this book is all about what it’s like to raise a child who is different. It follows the first five years of her parenting journey and has themes of strength, hope and love. “She really challenges readers to think about disability in a new way,” said Calkins.

"We Could be Heroes" by Mike Chen

A story about unlikely friends and self discovery. One day, two strangers wake up with amnesia and super powers. One decides to use them for good, the other starts staging non-violent bank robberies so he and his cat can buy a house on the beach.v“Neither of them are particularly skilled at being a super hero or super villain so when Zoe and Jamie meet up unexpectedly, they team up to unlock the mystery of their past and where these strange powers came from,” said Calkins.

The King County Library System may have modified hours and book borrowing procedures due to COVID-19. For the latest info click here.