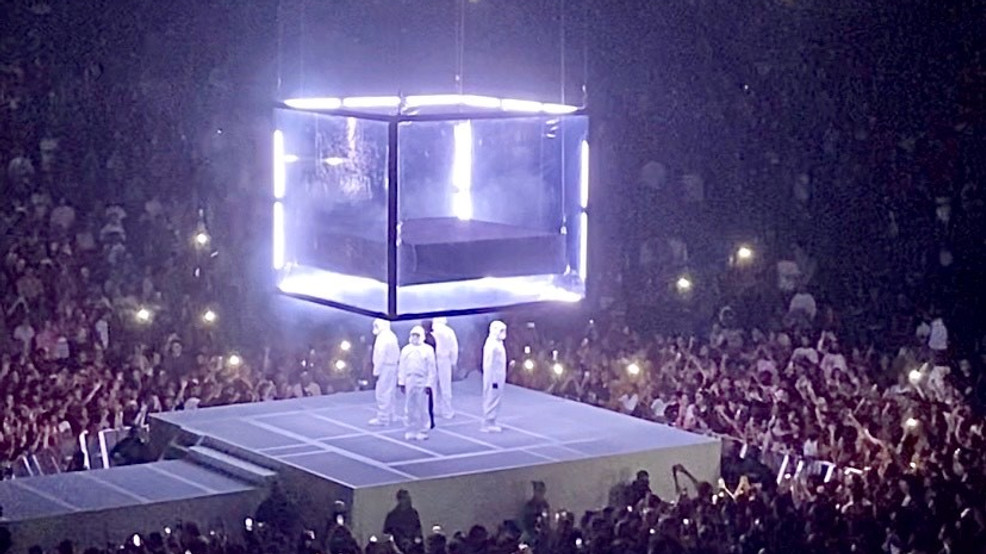 "This is the greatest show on earth, Seattle."

After a long, four-year hiatus, Lamar graced fans with his fifth studio album, "Mr. Morale and the Big Steppers," which is a true masterpiece. Clearly drawing inspiration from his time in isolation amidst the pandemic, Lamar gifts us some absolute bangers sprinkled with poetry and social commentary. Truly one of the most gifted lyricists of our time — seeing Lamar live should be high up on everyone's bucket list.

Never before have I experienced an album that evoked every emotion, from anger and sadness to confidence and beyond. It has been an honor as a die-hard fan to witness his evolution as an artist.

"Seattle, put your hands up in the air. It's been five years. This is special," said Lamar.

And it was. There was fire, smoke, backup dancers in ethereal red dresses, and even Lamar himself ascending into the sky inside a giant plastic quarantine-esque cube alongside men in hazmat suits. But in all honestly, the theatrics were kept relatively minimal with the emphasis remaining solely on Lamar — and rightfully so.

He even threw it back, playing some of his most beloved songs like, "Money Trees," "m.A.A.d City," "Humble," "Swimming Pools," "Backseat Freestyle" and more. He left the audience feeling fulfilled and reminded that they are in the presence of an absolute legend.

This performance was truly next level, I would describe it as a visceral experience that one could only appreciate by witnessing in person.