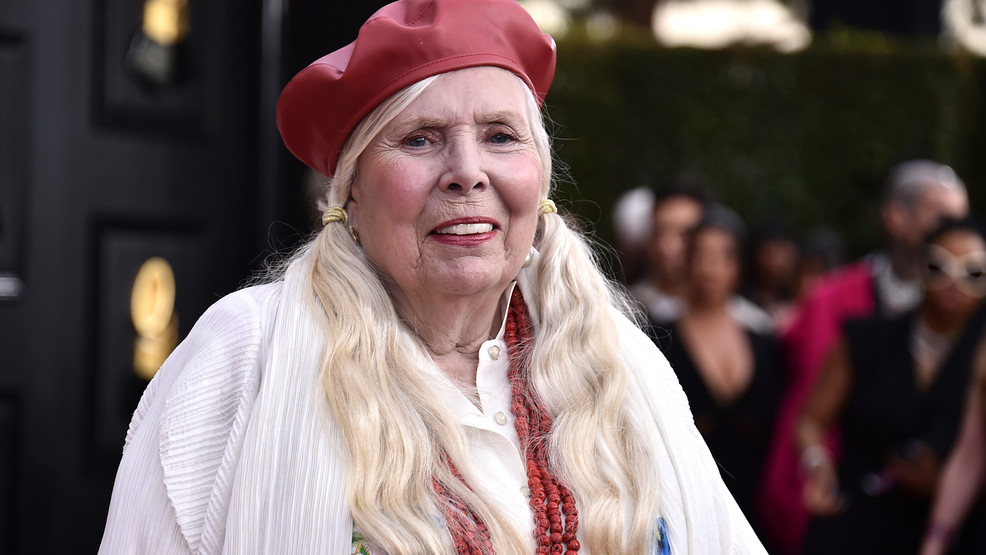 FILE - Joni Mitchell arrives at the 64th Annual Grammy Awards on April 3, 2022, in Las Vegas. The 78-year-old music legend will perform on June 10 at the Gorge Amphitheatre, a venue in Washington state. (Photo by Jordan Strauss/Invision/AP, File)
SEE MORE

Joni Mitchell performing with Brandi Carlile at the Gorge next summer

Joni Mitchell's return to the stage in August was a surprise, but fans can plan for the next one.

The 78-year-old music legend will perform June 10 at the Gorge Amphitheatre, her friend, singer Brandi Carlile, announced on "The Daily Show" late Wednesday.

Carlile brought Mitchell onstage with her at the Newport Folk Festival in Rhode Island during the summer. The 78-year-old singer has battled back from suffering an aneurysm in 2015 and hadn't performed a full show in public in two decades.

At Newport, they replicated a periodic jam session with musical friends that takes place in Mitchell's California home. She sang and played guitar on favorites like "A Case of You," "Both Sides Now" and "The Circle Game" as well as some standards.

Going onstage with musicians like Carlile, Wynonna Judd and Marcus Mumford, the band wasn't quite sure how much Mitchell would want to sing.

"She completely took over the show and became the performer that we all know that she is," Carlile said. "We didn't go to sleep that night. We stayed up until the sun came up. Joni, flat out, loves to perform and she's awesome at it."

Mitchell left the experience wanting to be back onstage again, Carlile said.

The Gorge appealed to Mitchell because of its beauty and proximity to Canada, where she grew up. It's also home turf for Carlile, who lives in Washington state.

Carlile will perform there on June 9 and open for Mitchell the next night, she said.