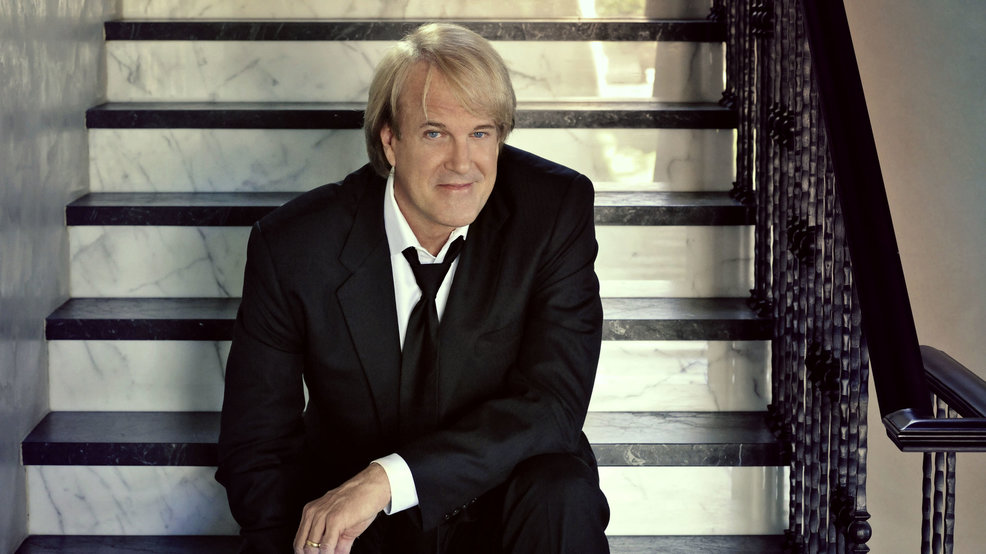 Like the music he's famous for - composer, musician and broadcasting legend John Tesh is full of surprises.

"There’s some jazz voices in there, there’s some gospel in there - neo-classical is probably the best way to describe it," said Tesh, grinning.

The prolific performer was at Dimitriou's Jazz Alley in Seattle playing songs from his long and vibrant career, all while sharing personal stories from his life.

"I’ve been in this music business for 30 years and every high-end musician that I’ve ever hired to play on my records has played here," he said.

At 6'6" inches tall - Tesh is literally a towering talent. Some fans know him from celebrity magazine show "Entertainment Tonight" or his show "Intelligence for Your Life". But Tesh's personal path started with music, and as a way for his mom to keep him busy.

When he was six, his mom would set a timer for two hours and have her son and would practice his scales. That began his lifelong love affair with music.

Fast forward a few years, Tesh had grown up and was building a career as a journalist. He even crossed paths with another young reporter named Oprah Winfrey.

But he never stopped creating music. In the late 1980's, he composed the theme for a world famous sporting event - the Tour de France!

"That’s really where I learned to be a composer, was the Tour de France, a 24-hundred mile bike race," said Tesh. "They covered it like a documentary and they needed music."

That was how his career as a composer got started. But there's another uber popular song he's created - one that he really had a BALL writing.

"That one was written on my answering machine," he remembered. Tesh was in a hotel room without access to a piano - so he actually called his answering machine at home and left himself a message about how the song should go.

The name of that work is "Roundball Rock" and it's the original NBA on NBC theme.

"It’s funny," he said. "Women drag their husbands or their boyfriends to a John Tesh concert that’s just - what it is OK? They'll be like this the whole night [crossing his arms], and all of the sudden they’ll find out I wrote the NBA Basketball Theme and it’s [...] instant street cred.

Along the way, he fell in love with actress Connie Selleca, and they've been married for 28 years.

It was shortly after their daughter Prima in was born in 1994 that Tesh got an idea for a musical event that changed his life.

"I couldn’t get a record deal, and I think it was because the record companies were like - 'Well, should we sign the guy that reads the celebrity birthdays on Entertainment Tonight?' That’s not very cool I get that."

"I saw the Three Tenors and the Moody Blues at a place called Red Rocks. And I said to my wife - 'I have to do that.'"

His dream came true in 1995, and it was an incredible success.

"PBS played the thing. They took a chance on it and it ignited my record – we went from selling a 100 records a week to 50,000 records a week," he said. Tesh raised a whopping $20 million for PBS, but he's modest about the experience.

"I got the better end of that deal," he said.

In 1996, he left "Entertainment Tonight" to purse other passions. His wife is a frequent partner on his projects.

"We work together as a family," Tesh explained. Along with son Gib Gerard, they anchor "Intelligence for Your Life."

Featuring positive news you can use - it airs on nearly 300 radio stations, and it's grown into a TV show and a podcast.

"I’ve done a lot of stuff in the world and I really understand that what you let come in [to your head] and in here is gonna shape everything in your life."

And through it all, he's continued making music. When Tesh tours, his 25-year-old daughter, Prima, adds to the experience through dance.

"I think I’m really lucky working with my Dad," she said. "We’re very similar types of people in the way that we communicate. It’s really cool to see my art meshing with his art."

Her proud Dad chimed in, "And then we drag her out here to be with us. We do about 30 shows a year and she’s a big part of the public television special."

"Every show that we do, it’s not just for us to be performing onstage it’s to give something to the audience and that’s something that I really love being a part of," said Prima.

Now the multi-talented performer is sharing his personal story in a book called "Relentless."

The book and his new album John Tesh Songs and Stories from the Grand Piano will be released in March 2020.

Full of surprises - energetic and engaging - John Tesh is still composing his own extraordinary life story.