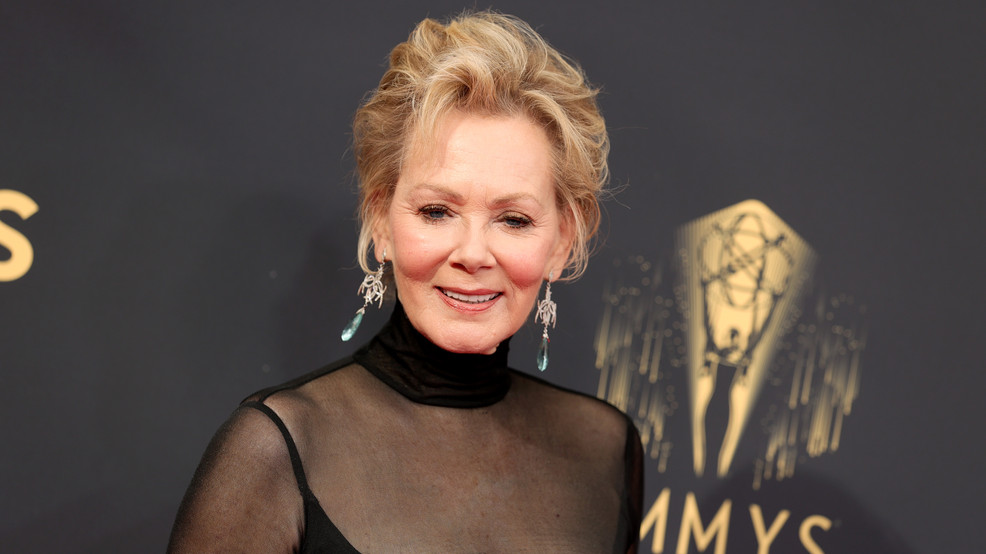 Jean Smart, a Ballard High School graduate, held back tears while accepting the best actress in a comedy series Emmy for her role in “Hacks,” which she dedicated to her late husband.

“Before I say anything else, I have to acknowledge my late husband who passed away six months ago yesterday,” Smart said Sunday night. “I would not be here without him, and without his kind of putting his career on the back burner so I could take advantage of all the wonderful opportunities that I have had.”

Smart won for her portrayal of comedian Deborah Vance in the HBO series. Smart's husband of 30 years, actor Richard Gilliland, died while the show was in production. Gilliland was included in the show's memoriam segment.

The 70-year-old actor also thanked her two children, who she said, “put up with Mommy commuting from Philadelphia and back,” as well as her “Mare of Easttown” co-stars. Smart was also up for a supporting award for the HBO limited series.

Smart decided to pursue acting as a career while still a high school student. She attended the University of Washington after graduating from high school.

Sunday's Emmy win marked Smart's fourth award, including two back-to-back wins in the guest actress category for her work on Frasier and a third for Outstanding Supporting Actress in a Comedy Series for Samantha Who?.

The audience at the ceremony was quick to give her a standing ovation, and her emotional speech had her co-star Hannah Einbinder in tears. Much to the dismay of many on social media, the show still played Smart off the stage for running over her allotted time.

“They’re playing the music, so I have to stop,” Smart said. “I love you all and I thank you all very much.”

Loved ones lost proved a common theme in acceptance speeches Sunday. Olivia Colman, who won best actress in a drama series, said that she wished her father, “was here to see this...he would have loved all of this.” Colman's father, she said, died during the COVID-19 pandemic.

Her “The Crown” co-star Josh O’Connor also paid tribute to his grandmother, who he said passed away a few months ago, and to his grandfather Peter O’Connor, who he hopes will watch the show Monday morning.

“Your kindness and loyalty has been the greatest gift,” O’Connor said.