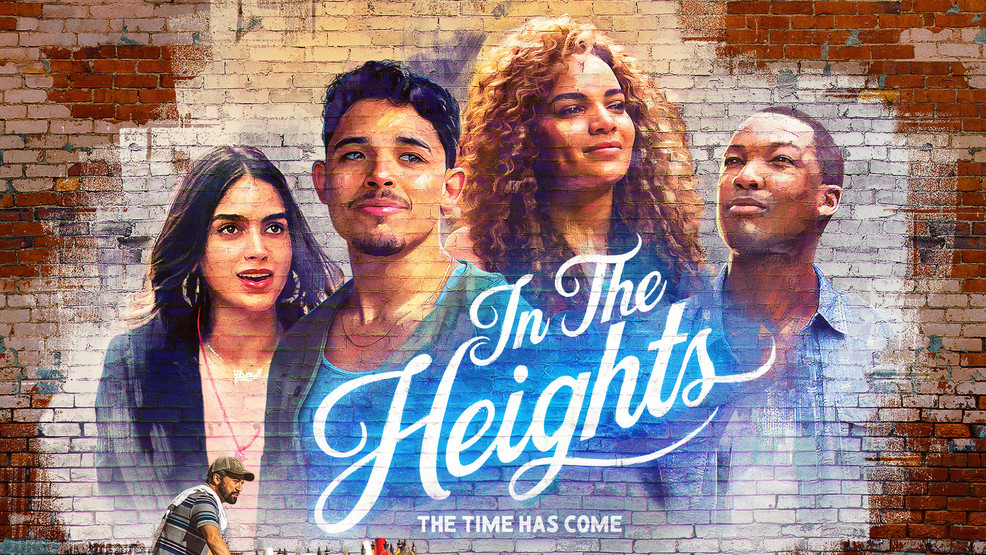 (Image: In the Heights)
SEE MORE

We got to interview Lin-Manuel Miranda, 'In The Heights' cast ahead of its premiere (!)

Before Lin-Manuel Miranda became a household name — before "Hamilton" became a cultural phenomenon — there was "In the Heights," the Tony Award-winning musical Miranda first started working on back in 1999 when he was still in college.

"In a lot of ways, Heights' journey is indistinguishable from my creative journey," Miranda said. "Then the fact this movie is arriving at a time when we are emerging from a pandemic, when we are learning to be in community with each other again, and it is a love letter to community."

"In the Heights" follows the residents of New York City's Washington Heights neighborhood over three blistering hot summer days. On stage, it's an ebullient, intimate story told in an intimate way. On the big screen, it's an intimate story told with cinematic grandeur. That's thanks to director Jon M. Chu, perhaps best known for his work on "Crazy Rich Asians."

"Jon really dreamed bigger than any of us," said Miranda. "I have to give him all the credit for always pushing for the most cinematic choice. Like, what's the version you can't do on-stage at the Richard Rogers? That's the choice Jon took."

Filmed back in 2019, Chu knew from the beginning he wanted to shoot the movie on-location in Washington Heights.

"That was the best decision we made on this whole movie. You could've lost me. You could've lost a bunch of things, and you could've shot in Washington Heights and got a similar movie because it has a presence, a spirit about it," said Chu. "In fact, I loved it so much I named my son, who I had during the filming of the movie, I named him Heights because I just wanted to hear that word, Heights. I thought it was so beautiful. The aspiration, the hopes, the dreams of this place that took care of each other. I wanted to hear that every day of my life, and I wanted him to hear that word every day."

While Miranda does have a small part in the film, the starring role he originated on Broadway — bodega owner Usnavi — is played by Hamilton's Anthony Ramos.

"It was almost so obvious I didn't want to go there at first," said Chu. "Lin was like, 'Just go have coffee with him.' So we sat down. Five minutes into that conversation, I knew there was no other person."

One person everyone on the creative team agreed on from the start, Tony-award winner Olga Merediz, who reprises her role from the Broadway production as Abuela Claudia, the emotional heart of "In the Heights."

"It's kind of a miracle they allowed a theater actress to do her role in the movies. Usually, they give it to the Meryl Streeps of the world. It's like somebody hit me with a magic wand. I feel so privileged and blessed. I can't believe it," said Merediz.

The rest of the predominantly Latino cast is made up of stars, like Jimmy Smits, and as Miranda likes to put it, "movie stars you just haven't heard of yet."

"Lin himself being the original Usnavi, having him [on set], we all felt that pressure because it will be immortalized. You have one chance. I mean, you have multiple takes, but they choose one, and that's the one the world will see, so you don't want to mess it up. You want to give your soul to it. But, they didn't ever make us feel pressured. They were all love all the time," said Melissa Barrera, who plays Vanessa.

The bond between the cast was strengthened during two-and-a-half months of grueling pre-production. While most came in with formal singing and acting training, preparing for the massive dance numbers required serious commitment from everyone involved.

"We were working so hard because we knew how special this thing needed to be," said Corey Hawkins, who plays Benny.

The chemistry and commitment to the story, and each other, is evident on-screen, but it's a moment when the cameras stopped rolling that really underscored the magic that is "In the Heights."

"I can't get it out of my head. The moment we were shooting 'Carnaval del Barrio' in this courtyard, real courtyard in Washington Heights," recalled Chu.

"It was super hot. We only had one day to shoot it. There were like 150 extras. But I'm struck because I remember looking up and seeing Lin-Manuel. He was watching from a fire escape, watching down," said Jimmy Smits, who plays Kevin Rosario.

"I call cut, and nobody stops dancing. Everyone just keeps going. They have their flags out. They're singing 'no music, bop, bop,' 'no music bop, bop.' And Lin comes out on the fire escape because that's where he is. We have a camera on his characters. He can't get anywhere, so he's looking down on them. And they all look up at him, and they are chanting 'Lin, Lin, Lin,' and he's just starting to bawl," said Chu. "Everyone is starting to cry. The crew, the cast, the extras are all chanting 'Lin' because he manifested this. He couldn't get a role for himself, so he wrote himself a role. He wrote his community a role."

"To see that moment where he's looking down to see ['In the Heights'] become a film. It was a very emotional moment that I will never forget," said Smits.

And indeed, the film too is unforgettable — a perfectly timed shot of hope and sheer joy.

"It's a reminder of how to be in community again and the strength of community when we all rally around each other. I also think for Latinos, it's just a big huge reminder of our humanity [...] We come from everywhere, and we do the jobs no one else wants to do so our kids can do a little better, and that our story, in many ways, is the American story. This is just a big reminder of that," said Miranda.

"I just hope people leave [the theater] walking on air. That's how I feel when I finish watching the movie."