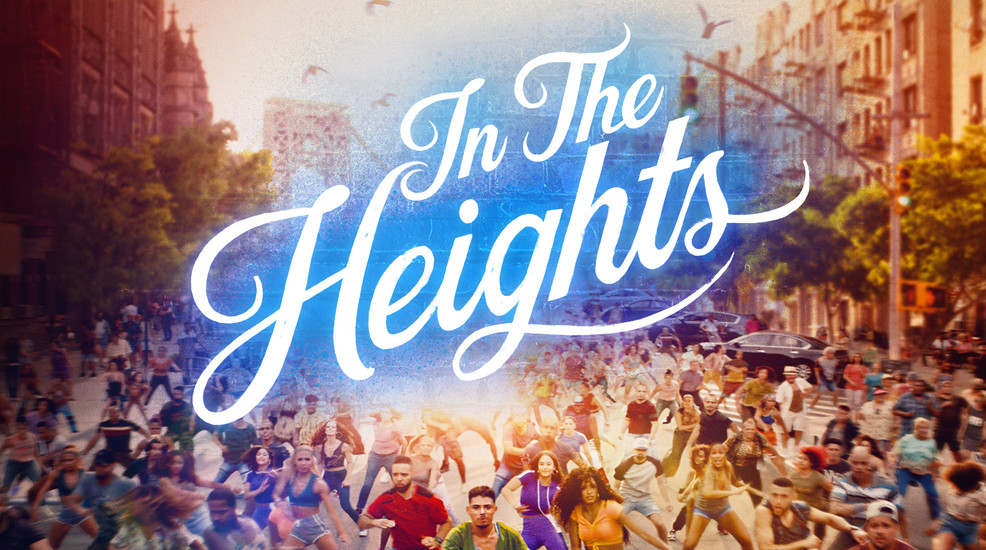 (Image: In The Heights)
SEE MORE

6 fun facts you may not know about 'In the Heights'

Are we still on cloud nine after getting to interview Lin-Manuel Miranda, Jon M. Chu and some members of the "In the Heights" cast? Oh, absolutely!

Miranda started working on the Tony Award-winning musical in 1999, and now — more than two decades later — you can watch the movie adaptation in theaters and on HBO Max. With more than 40 minutes of raw interviews, we couldn't possibly have fit *everything* we learned about the film and these individuals into a six-minute TV segment. But why on Earth would we keep all that goodness to ourselves?!

Here are 6 fun facts about "In the Heights" you might not know:

1. Director Jon M. Chu named his son, who was born during filming, Heights after the film's location.
"You could've lost me, you could've lost a lot of things and you could've shot in Washington Heights and got a similar movie because that has a presence, has a spirit about it," said Chu. "In fact, I loved it so much that I named my son, who I had during the shooting of the movie, I named him Heights because I wanted to hear that word 'heights.' I just thought it was so beautiful. The aspiration, the hopes, the dreams of this place that took care of each other. I wanted to hear that every day of my life, and I wanted him to hear that word every day."

2. Olga Merediz, who originated the role of Abuela Claudia on Broadway, reprises the role in the film. Oh, and she's already earning Oscar buzz.
"It is surreal for me, absolutely surreal," said Merediz. "It's kind of a miracle that they [...] allowed the theater actress to do her role in the movies. You know, they usually give it to the Meryl Streeps of the world. And for me, it's like somebody hit me with a magic wand. I feel so privileged and blessed, and I – I can't believe it, I can't believe it. And I'm just so humbled by it. "

3. Jon M. Chu used a specific shooting style for each of the love stories in the film. For Usnavi and Vanessa, it was a lot of one-shots. For Nina and Benny, it was all about showcasing cinematic magic.
"Jon is incredible in the cinematic language that he uses," said Melissa Barrera, who plays Vanessa. "I think Jon just dared to dream bigger and make each musical moment an event within the lives of these people because every moment is important. There is no fluff in this movie if you look at it, like every single moment is important and tells a story and ties things together."

4. Lin-Manuel Miranda started writing 'In The Heights' when he was a sophomore in college. When the show made it to Broadway in 2008, he was working as a substitute teacher.
"Making it out of our heads and onto a stage was the biggest leap I'll ever take in my life. To go from substitute high school teacher to Broadway composer, I'll never make a leap that big again!" he said.

5. Jon M. Chu was initially hesitant about casting Anthony Ramos as Usnavi, because he wanted to go with an unknown actor.
"It was almost so obvious I didn't want to go there at first," he said. "I was like we need to discover and find someone. We looked everywhere. We looked under every rock, talked to everybody. So many auditions and they were really some great ones, but then at the end of it, I was like, 'OK, we’ve got to sit down with Anthony.' And Lin was like, 'Just go have coffee with him.' So we sat down. Five minutes into that conversation, I knew there was no other person."

"It was super hot. We only had one day to shoot it. There were like 150 extras. But I'm struck because I remember looking up and seeing Lin-Manuel. He was watching from a fire escape, watching down," said Jimmy Smits, who plays Kevin Rosario.

"I call cut, and nobody stops dancing," said Chu. "Everyone just keeps going. They have their flags out. They're jumping up and down. They're singing 'No music, bop, bop,' 'No music bop, bop, bop.' And Lin comes out on the fire escape because that's where he is, we have a camera on his character. He can't get anywhere, so he's looking down on them. And they all look up at him, and they are chanting 'Lin, Lin, Lin,' and he's just starting to bawl. Everyone is starting to cry. The crew, the cast, the extras are all chanting 'Lin' because he manifested this. He couldn't get a role for himself, so he wrote himself a role. He wrote his community a role."