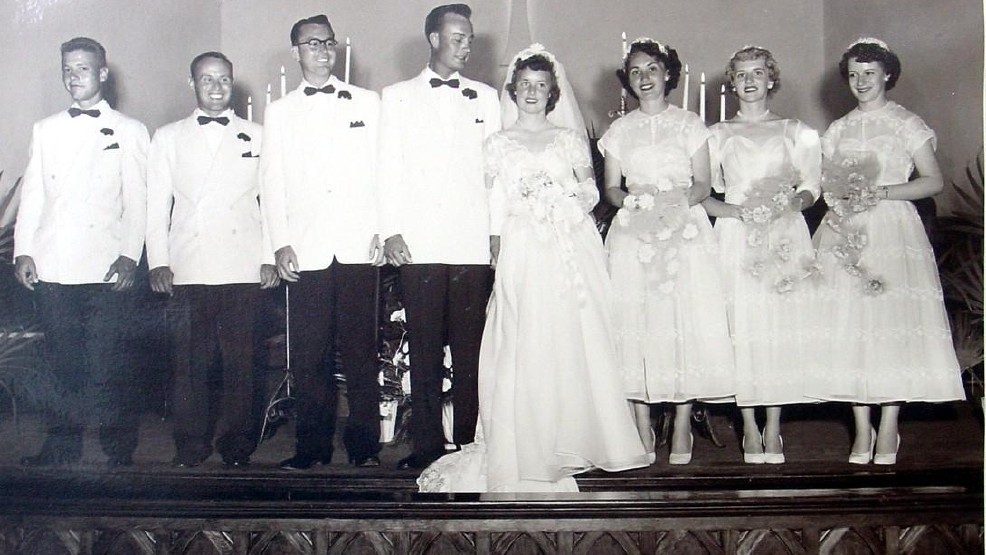 How 'Happily Ever After' actually happens

We have grown up in a world where love stories are unrealistically told. They always ends with 'I do' and a seemingly endless 'happily ever after'.


Here are a combination of stories from couples who have made it through 15 to 61 years of marriage, and a matchmaker's perspective to hopefully help lovebirds and even singles alike this Valentine's realize the reality to making 'Happily Ever After' come true.


'Happily'- How to Find the Love of Your Life


How did couples who have lasted years meet? I found that you may find your soulmate in the rain, in a pea field, at a restaurant or by a MatchMaker.


"Often times people's energy, outlook on life and their lifestyle are all very important factors that people want their match to be on the same page about," Walpert states. "One's physical appearance is a huge importance to most people these days and for those who live a healthy lifestyle."


Most importantly, she attributes chemistry to being the key to success.


"At the end of the day it all comes down to chemistry. Sometimes everything two people are requesting on paper can be met with a match I introduce to them, but in the end if those two people meet and the chemistry is just not there, then it won't go any further," Walpert explains.


Mike and Robyn Van Maren had a combination of those factors - and a pea field.


"We met at midnight in a pea fieldSounds funny right?" Mike recalls.


Both were starving college kids in eastern Washington. With an additional 25 cents being offered for working late hours during the pea harvest, they both met during a 'lunch' break at midnight and the chemistry was undeniable.


After celebrating their 30th anniversary in September, Mike knows it's the definition of a "meet cute."


"I've never met anyone else who has that story about meeting the love of their life," he says.


Cyrus and Reshelle O'Bryant didn't quite know they had met the love of their lives when they were introduced by co-worker in a restaurant 20 years ago.


"Cyrus and I were both in relationships and had a genuine friendship for 5 years before we dated," said Reshelle. "We learned how to have fun together and supported each other without involving the complications of love's emotions. Our foundation of friendship gets us through the hard times."


They have been married 15 years now.


Tom Dellinger didn't need years of friendship before knowing he wanted to marry June. He was sure from the moment he laid eyes on her in the early 1950s. He had just gotten out of the Navy and was laying bricks when "the Good Lord rained him out".


"I was coming home in the rain and she went to a store she had never been to," Tom said. "I was across the street in my car and she walked out and all I could say was 'WOW!"


After finding out from a friend that she wasn't married, Tom called her up on the phone. Sixty-one years later, Tom and June Dellinger still kiss every morning.


How to Make It Through the 'Ever'


When we fall in love, we think of wedding bells, baby clothes and adventures - not so much adversaries. Unfortunately life can takes some nasty turns; things you thought wouldn't 'ever' happen actually do.


For Reshelle and Cyrus, their 'ever' is a nightmare to any parent; losing their five-year-old baby boy unexpectedly.


"We were both going through more emotions then we were capable of handling, but rather than lashing out and retracting to deal with it on our own, we kept each others needs in the forefront. He still needed me and I still needed him," she said.


They required each other to stay united and strong not only for themselves, but for their two daughters. Four years later, this family inspires others by speaking and educating others on how to prevent unexpected accidents at home.


For the Van Maren's their struggle was like many others in 2008 when the market crashed; they made it through with patience and grace for each other.


The Dellingers had a familiar struggle for many families when Tom got sick. He was diagnosed with a disease that would have him unable to apply to be a firefighter. However, it miraculously disappeared, which they attribute to prayer, and he went on to receive over $30,000 (about $50,000 in today's time) for unused sick leave at the fire department.


Finding the 'After' (in Happily Ever)


'To infinitely and beyond!' might be the victory cry to many couples on their wedding day. However after hearing these stories of hardships, couples share what the requirements to forever are. It might not be the way we expected.


Three qualities the couples brought up extensively were genuinely liking the other person, being selfless, and having a relationship with God.


"There is no such thing as happily ever after, except in movies and books," Reshelle confides. "Marriage takes many unexpected turns and it takes constant work and a lot of dedication to make it last. Respect and like your spouse."


Mike attributes his 30 year marriage to having a "God-centered relationship".


"When you have that as a foundation, and a true desire to do the right thing, it is possible to work through any challenge," he said. "In addition once you're married, 'self' comes second. The other person in the relationship must become more important than the 'me' in the relationship."


Tom and June had similar advice to couples who want to make it to the over 60 year mark, and say that God needs to be the third party in your relationship.


"Prefer one another over jobs or friends so that you are always close to each other," June also recommends. "You need to continually choose each other daily."


Matchmaker Walpert says that with her experience the qualities she found to making a lasting relationship are maintaining a self-identity throughout your future together, honesty, being each other's biggest fan and sharing similar future goals.


Walpert said, "Number one: it's when two people mutually put themselves second and their partner first. BE SELFLESS."


'Happily Ever After' may not be the way storybooks have portrayed them, however after hearing these stories it's comforting to know that it can happen in the real world.