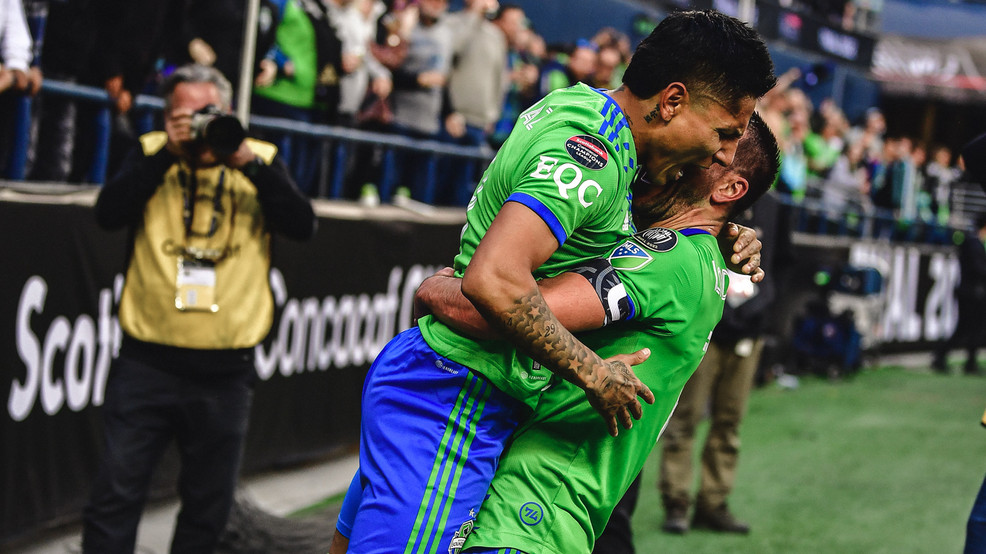 The Seattle Sounders did something that no club in the United States ever been able to do.

They did so in front of a CONCACAF record crowd of 68,741 at Lumen Field and did so in dominant fashion, 3-0 winners over Pumas.

Raul Ruidiaz did the dominating, scoring in the 45th minute when his shot was deflected into the net, then once again in the 80th minute.

Liga MX had dominated the CONCACAF Champions league for the last 16 years---not anymore thanks to Ruidiaz---and some timely stops by goaltender Stefan Frei.

Instead, the Sounders made history.

Ruidiaz scored twice, Nico Lodeiro added some insurance late in the 88th minute to put this thing away for good.

Think of it this way, CONCACAF features clubs from Mexico, Canada, the United States, Central America and the Caribbean.

The Sounders outlasted them all.

With the win, in addition to the history made, the Sounders now advance to the FIFA Club Championships where legendary European clubs such as Liverpool and Real Madrid could lie in wait.

That's for another day. For right now? The Sounders slammed the door shut on Pumas at Lumen Field, creating a moment fans in Seattle and across the U.S. won't ever forget.