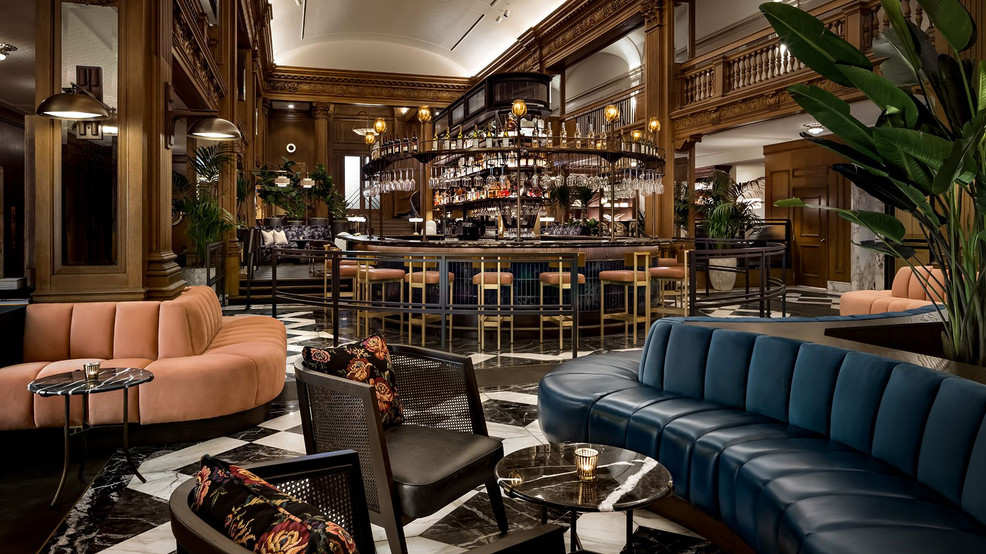 On Friday, April 30, the Fairmont Olympic will unveil the first chapter of its latest renovations and restorations with the opening of its new Olympic Bar at the center of the lobby. (Courtesy Fairmont Olympic)
SEE MORE

Dating back to 1923, the historic luxury hotel Fairmont Olympic at the heart of Seattle is ready to start a new chapter with the unveiling of some stunning transformations on Friday, April 30.

The new Olympic Bar, featured in the center of the lobby, was designed to capture the bold, classic and clean details that the hotel has showcased since its debut during the Roaring ‘20s.

“The Olympic’s stunning transformation is a tribute to the timeless tale of this hotel – a living expression of the past, present and future of Seattle,” said General Manager Sunny Joseph. “Opening the lobby at the end of April sets the stage for a social experience that will bring forth deeper connections with our guests, our community and this great city as we forge a new future together.”

The original art installation to be featured atop the Olympic Bar will be a moving exhibit designed by Spanish studio Lazaro Rosa-Violan, the team behind the hotel's re-envisioning. The inspiration for the piece came from the hotel’s original logo, a ship, which is still visible on the property’s elevator doors.

Made of wood, iron and ropes and powered by motors, the display looks to bring an ocean-like movement to the lobby while casting shadows on the vaulted ceiling using technical lighting installed below.

“The piece on its own is a very complex element, but we wanted to spice it up with some extra ingredients; movement and shadow casting,” the studio said.

This first chapter in the Fairmont Olympic’s renovation plans extends to the event spaces where the property hopes to set the stage for important celebrations and occasions.

“From the moment you walk in, you will feel it. New narratives. New emotions. A new era,” said Sunny Joseph.

The next chapter in the Seattle landmark’s story will involve the hotel’s treasured culinary flagship The Georgian restaurant, which will introduce an intimate enclave for those enjoying spirits.

In addition to these exciting changes, Fairmont Olympic has also introduced a history walk on its Mezzanine, where visitors can relive the hotel’s storied past.

Friday's unveiling is scheduled for 3:00 p.m.