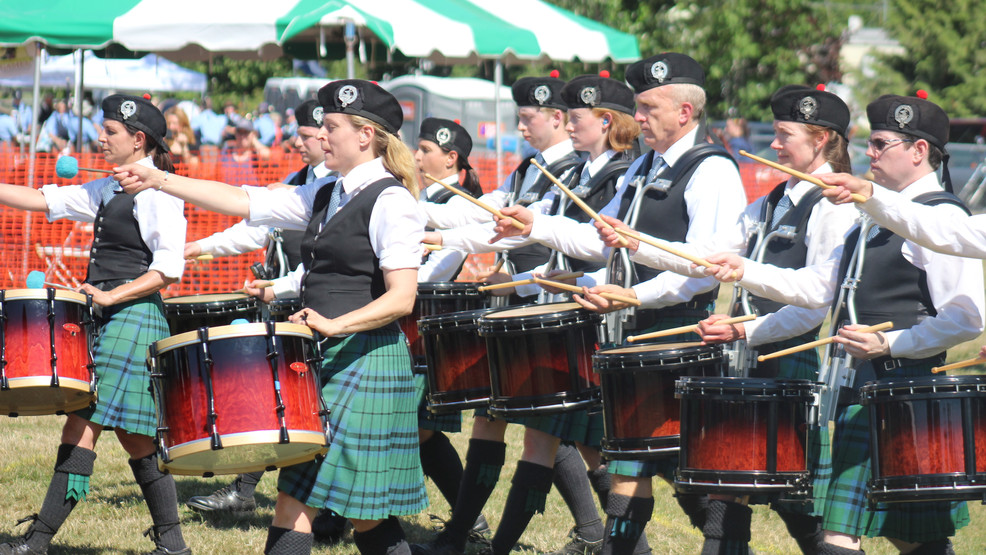 Haste Ye Back to the Highland Games in Skagit County

Do you have Scottish or Irish ancestry? Do you love the haunting sound of bagpipes or occasionally imbibe a dram of whisky? If you answered yes, then make haste to the Skagit Valley Highland Games, and immerse yourself in the culture of the Celts.

Historically, the Highland Games are thought of as a gathering of the Clans. The great gathering and fairs by the families of ancient Scotland would come together every summer to partake in athletic events, such as the ever-popular caber toss. This event consists of a long, tapered pole first being balanced by the athlete before being tossed, turning end-over-end as it finally comes to rest -- hopefully in a perfect 12 o’clock position. The modern Games still reflect these ancient traditions, bringing a mix of track and field, piping, music, dance, and, of course, whisky is always abundant.

All of the splendor of the Games is alive and well today thanks to the Celtic Arts Foundation (CAF), which diligently organizes this enchanting festival. According to Skye Richendrfer, Executive Director for CAF, "The Highland Games are a unique festival with people from around the region and beyond coming together to enjoy the music, dance, and culture of Scotland (and a wee bit of Ireland)."

After a two-year hiatus, the CAF - along with all the festival participants - are looking forward to this year's gathering. It will be a grand party indeed, but not one without some challenges. Richendrfer explained in a recent press release, "This year, organizers have encountered many challenges with a condensed timeline and many unknowns." Past festivals spanned over a two-day weekend; however this year, the Board of CAF voted to condense the festival to one day on July 9 with the hope of returning to a full weekend in the future. Some of the unknowns encountered at the time of decision making were around travel and regulatory restrictions on gatherings, as well as volunteer recruitment. Much of this early on remained unanswered.

Thankfully, the Games go on with featured events, such as the sheep dog trials, where it is fascinating to watch these canines at work herding a flock of sheep. Better yet, take in one of the athletic events, or enjoy watching a traditional sword dance during the Highland Dance competitions. An afternoon can be spent lounging in the beer garden while catching a concert on the main stage or the bagpipe players as they march through the grounds, with tartans swirling as they open and close the Games. Wander through the vendor booths for a souvenir or visit the Clan tents to discover your ancestral lineage. But don’t forget the water bottle or the sunscreen! Especially if you are of the fair-skinned folk -- for this is an outdoor affair, rain or shine.

With the Highland Games as the biggest event of the year for CAF, they continue the spirit by bringing music, dance, and the culture of Scotland to Skagit Valley all year long. For example, they host a very popular tradition in January called "Burns Night," where a traditional dinner of Haggis and all its trimmings is served. Participants enjoy an evening of food, drink, poetry, and music. An evening to get in touch with one's roots, for sure. Additional events include Scottish Country Dancing sessions, fiddle camps and lessons, bagpipe sessions, and concerts from artists around the globe, including Scotland and the British Isles!

Richendrfer admits the last two years were challenging, yet he sees the future as bright, "I think where we can and will do more is in the area of youth programming. We have a beautiful and technologically advanced facility, great collaborative partnerships with some of the top Celtic musicians in the world - so we have a lot to offer! The best is yet to come! It will be grand, that is certain."

The Highland Games take place on July 9 at Edgewater Park in Mount Vernon. Attend the Games for FREE by becoming a member of CAF! Membership forms, volunteer forms, and ticket purchases can all be found on their website. Of course, these are all available on the day of the Games, too!

As they say, “Haste Ye Back” and see you at the Games.