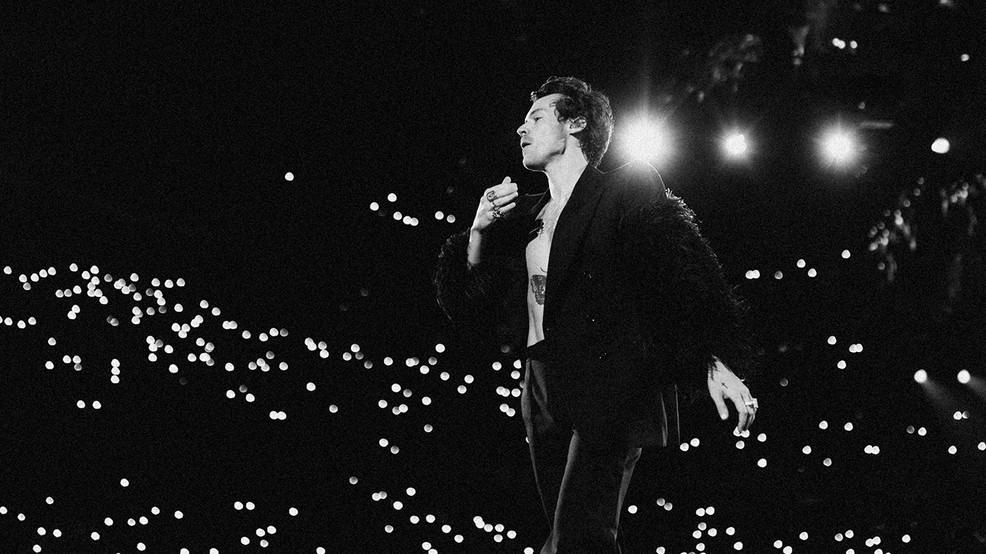 I saw Harry Styles twice in 24 hours, and I will never be the same

"Please feel free to be whoever it is you've always wanted to be in this room tonight."

I remember laying in bed on Aug. 14, 2020, and buying one ticket to Harry Styles' concert at the Tacoma Dome (I would end up waiting longer than a year since it was postponed). As an adamant, unabashed fan of his, I refused not to go — even if it meant going solo.

On that day, not in my wildest dreams would I have thought I'd end up seeing him twice in 24 hours.

Was driving from Seattle to Tacoma to see him on Sunday, Nov. 7, then driving three hours Monday to see him in Portland and then back up Tuesday at 3 a.m. to make it home in time for work and write this story pure and utter chaos? Absolutely. But I have zero regrets — ZERO.

My one-sided love affair with Styles started in 2013 when I first really got into One Direction. I ended up seeing them in Seattle for their "On the Road Again" Tour in 2015, which would be their last before the infamous "18-month hiatus." I cherish that I was able to see them perform together before they split, even though Zayn sadly left the band before my tour stop.

Six years later, I am still just as big a One Direction fan as I was back then, but seeing them go their separate ways and thrive in their own identities as musicians has been a beautiful thing to witness (although I'll always be an ot5 — if you know, you know).

Styles' sophomore album "Fine Line" was a saving grace for me during quarantine and the pandemic, as it was for many. It's going to be hard to describe what it felt like to see him in front of my very eyes performing songs I hold so dear — like "Falling," "Kiwi" and "Golden" — but I'm going to do my best.

As I sit here writing these words listening to his albums on shuffle, I would be lying if I said I wasn't an emotional disaster (I have also slept a total of basically nine hours). The past 48 hours have been some of the best and surreal of my 27-ish years thus far. The moment Styles stepped out on stage Sunday night, it was this beautiful culmination of the years I have had to wait to see him live again. The next hour and a half was pure bliss. I really can't describe it any other way.

This man is a superstar, a rockstar, literally the most made-for-this performer I've seen live. I knew it in 2015, and being at his Tacoma and Portland shows just further cemented it.

He opened with "Golden," and the moment the room went dark and the music started, it was absolutely electric. Did I cry during "Falling" both times I heard it? Oh, I sure did (this song means a lot to me, I literally have a tattoo dedicated to it). Getting to witness Mitch Rowland's epic guitar solo in "She" is something I will never forget. Can we also talk about the band? The talent and vibes are unmatched. "Lights Up" definitely makes one of my favorite performances — is it because this song started his "Fine Line" era? Possibly. But there was just something about the energy in the room that radiated from him while he sang it.

Don't even get me started on hearing "Fine Line" live, TWICE. My soul exited my body.

Styles ended each night with "Watermelon Sugar," and when I tell you the Tacoma Dome and Moda Center literally shook when he capped off the night with "Kiwi," I am not exaggerating.

Some unique moments from the shows would have to be when a couple got engaged (and left Styles essentially speechless for a good two minutes...see above), when we got to sing "Happy Birthday" to Styles' bandmate Pauli Lovejoy and when Styles gave a fan dating advice (typical) in Portland. The sign read, "Should I give him a second chance?"

"The answer is probably, probably no," he said before asking the fan why he needed a second chance. "Controlling? Nope. Absolutely not. Bye-bye! Bye-bye! Bye-Bye!"

We know how much he loves to wave a Pride flag up and down the stage during "Treat People With Kindness," which was so fun to see in real life versus on TikTok.

Those are the words he started the night with, and that is exactly what happened — both shows. "Love On Tour" is essentially the Met Gala of tours, everyone was dressed in exactly what they felt good in and you couldn't turn a corner without hearing someone compliment someone else on their fit. Each person in the room danced like no one was watching, no judgment from anyone. Looking in the pit and seeing conga lines, friends hugging and running around while others were making new friends with the people sitting around them.

You can give this man and his fans a hard time all you want, but we really do treat each other with kindness, and you could feel it.

I still don't truly think I will be able to coherently describe or process what it was like to see Styles twice in 24 hours for several days. Maybe it's the lack of sleep. But if I had to guess, it's just because it went by in a blur, and I just can't believe this is something I was able to experience. I have to shout out my dear friend Olivia Heersink, who was unable to make the Portland show and gave us her tickets — I would not have been able to see him twice without this, and I am just so freakin' thankful.

During each show, Styles made sure to tell us we "changed his life." I hope he knows just how much he has impacted mine and the other ~40,000 who saw him these past two days.

What a beautiful gift this was — I'll never forget it.