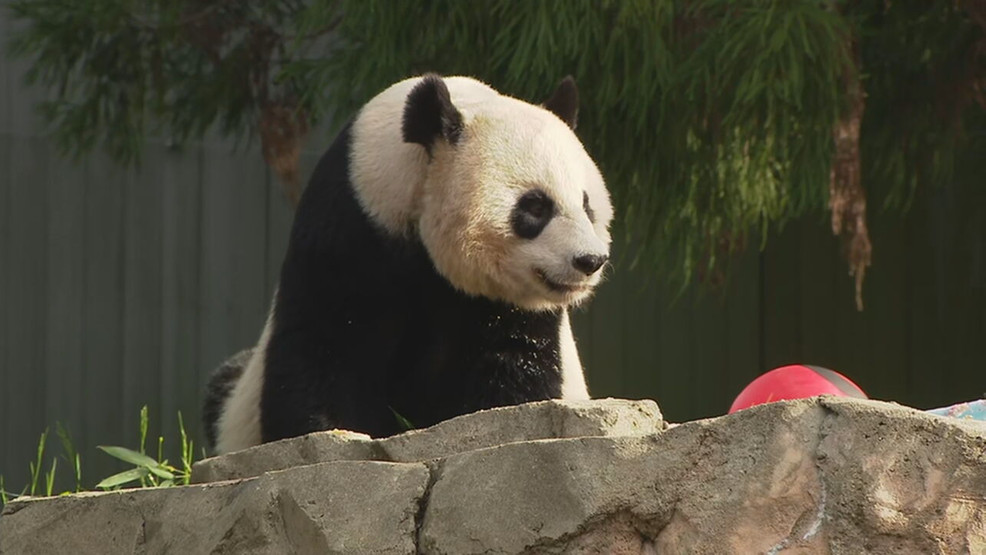 WASHINGTON (WJLA) — The Smithsonian's National Zoo is celebrating the golden anniversary of its achievement in the care, conservation, breeding, and study of giant pandas.

Zookeepers rolled out a special fruitsicle cake for the in-residence panda family to honor the special achievement.

Over the past five decades, the Zoo’s bears have become international icons, beloved both for their adorable antics and their ability to bring colleagues from the United States and China together to collaborate for a common goal of saving the species from extinction.

Ever since their arrival, giant pandas have symbolized cross-cultural collaboration between the United States and China. In 1972, Chinese Premier Zhou Enlai gifted two giant pandas to the American people as a gesture of goodwill following former President Richard M. Nixon’s groundbreaking state visit.

The President and First Lady Pat Nixon selected the Smithsonian’s National Zoo as female Ling-Ling and male Hsing-Hsing’s home in the United States. Then-Zoo director Theodore Reed personally escorted the bears from China, and they arrived in Washington, D.C., on April 16, 1972.

Zoo visitors will get to enjoy lion dance performances, panda-shaped bao buns, and calligraphy demonstrations and see the pandas receive special enrichment treats. The world premiere of the Smithsonian Channel’s documentary on the Zoo’s giant panda program, “The Miracle Panda,” will be screened for a limited time at the Zoo’s Visitor Center Theater at 10 a.m. and 1 p.m.