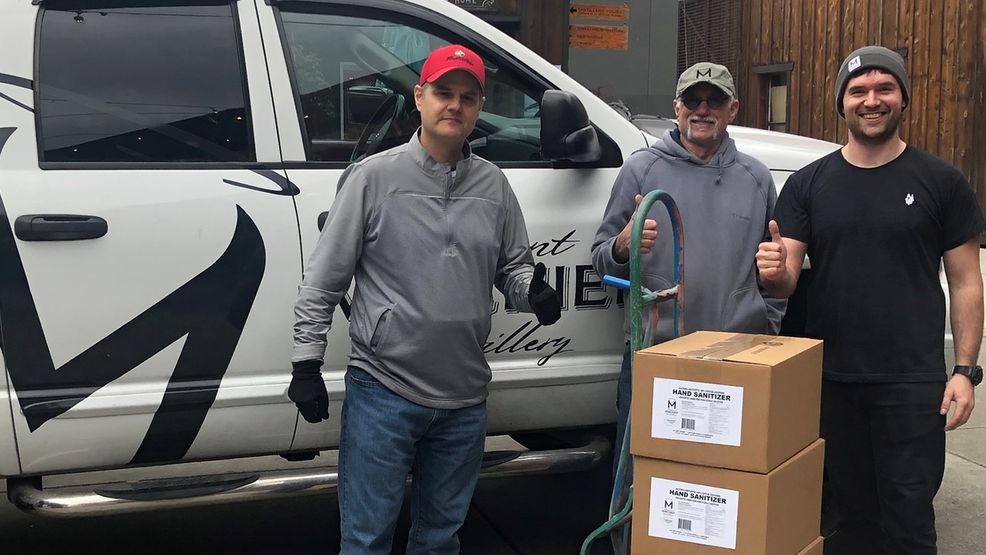 Fremont Mischief Distillery has made 8,400 liters of hand sanitizer to date

Recently, Refined told you about how distilleries in Washington state are producing hand sanitizer. Fremont Mischief Distillery in Seattle is one local business who is pitching in to help others, where Mike Sherlock is the owner.

Seattle Refined: Thanks so much for talking to us. Tell me about the product you’re usually producing, and what you are producing now?
Mike Sherlock: Normally we would be doing whiskey and vodka. We stopped all that production and we’re making pure vodka in all our stills, we have three stills and we’re producing 190 proof vodka and making hand sanitizer.

That’s pretty amazing. How were you able to make this transition?
We have a 10,000 square foot warehouse with barrels, and we just happen to have [...] apple vodka that we made in the last year or so and it was just sitting there. We’re making corn vodka now so we’re not really using the apple. And we started looking at it and we say, 'Hey - this is gonna be a thing to do with this vodka let’s put it to use'.

So how much hand sanitizer do you think you’ve made so far?
So far we’ve made 8,400 liters to date. And that’s what we’ve put out.

8,400 liters - that’s pretty amazing. Who is is actually going to?
So we’re going the Bellevue Police Department the City of Seattle, rest homes and nursing homes - that's in the state of Oregon and Washington, and then Puget Sound Energy in our whole local area. And then we’re doing national with the railroads, BSNF.

So how can the public get their hands on some of your hand sanitizer?
Our front entrance is 132 Canal Street on the Ship Canal [in Seattle's Fremont neighborhood]. But what we did, we had a bunch of 3 oz little bottles and we can’t get them anymore - we ran out. So we happened to have some 375 mil square bottles that were our original bottles that we don’t use. And so we’re offering those to the public and those are actually 13 oz so we have those available to our local community.

That will last you for awhile!
It will and also you can use it to wipe down things. We put some lanolin in it so it just kind of keeps you hands from drying out. But it is really nice and it's kind of cool.

And tell me what your current work hours or production hours are for this?
Our current hours are pretty much from 7 to midnight, then we’re doing emergency services. We’re kind of helping the people who are helping the homeless and taking care of everybody.

How does it make you feel knowing you are helping so many people?
Everybody here feels pretty good and pretty warm and we have a lot of big hearts here at the distillery.