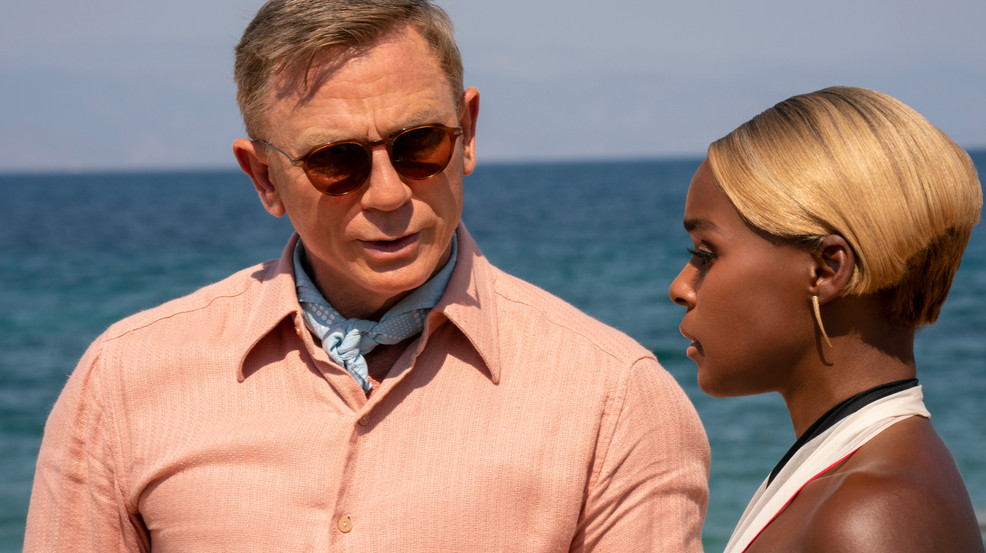 Review: 'Glass Onion: A Knives Out Mystery' is layered with intrigue

Rian Johnson - an emerging auteur writer-director whose scope ranges from "Brick," his neo-noir feature debut, to an installment in the mega-blockbuster "Star Wars" franchise - has proven yet again he cannot be defined. His 2019 hit "Knives Out" introduced the world to Daniel Craig's first post-Bond character Benoit Blanc, an eccentric detective with a "Kentucky-fried Foghorn Leghorn drawl" whose powers of deduction could rival (or are perhaps a nod to) Agatha Christie's lauded detective hero Hercule Poirot. In "Glass Onion: A Knives Out Mystery," Johnson pushes the envelope on how much raucous fun one can have while trying to solve a murder that goes from complicated to bonkers with each passing minute. Once you've experienced the exhilaration of a Rian Johnson mystery, there's no going back to grocery store paperback thrillers ever again.

Craig, whose accent never wavers from that of a deep southern gentleman despite his own English heritage, gives several elaborate monologues detailing the symbolism of a "glass onion." In the film, the Glass Onion is a dive bar that the core group of friends frequented in their wild post-grad youth. It's an actual glass structure one of those friends, tech billionaire Miles Bron (Edward Norton), builds on his private island. And it's the overarching metaphor for the character's many layers of needs, desires and ulterior motives.

Brought together by Bron for their annual friends getaway, the cast of unhinged misfits are each under suspicion instantly. There is Birdie Jay (Kate Hudson), the blonde bimbo socialite, influencer and owner of a loungewear company; Duke Cody (Dave Bautista), a right-wing fitness guru and his arm candy Whiskey (Madelyn Cline); Claire Debella (Kathryn Hahn), a state politician up for reelection; Lionel Toussaint (Leslie Odom Jr.), a scientist and executive at Bron's company; and Andi Brand (Janelle Monáe), Bron's former business partner who sued Bron and claimed he stole her ideas.

When Blanc is mysteriously included in the vacation, suspicion abounds as to the motives of his host and the secret that is waiting to blow up the entire trip. There are far too many intricate and interesting points that would be ruined by divulging any more of the plot in this review. There is a murder at the heart of the story, but thankfully Johnson refuses to go for the easy and obvious kill. Ludicrously sumptuous in his creation of characters, Johnson has a ball in writing up plot and dialogue that push us to the edge of disbelief. The invitation the crew receives for their friends' getaway is both mythical in its tech possibilities and obviously skewering of the personalities Bron and crew represent. (You likely know who the billionaire tech nerd is inspired by, given the archetypes frequenting the 24-hour news cycle these days.) The minutiae of Bron's private island and all the things that the gaudy magnificence of wealth can buy, also buy credibility with the audience. "Knives Out" kept the mystery small and confined to complicated relations within the family home; "Glass Onion" blows it open to every personality on a tropical island.

Just as Johnson plays up the tropes we'd expect in a mystery film, Craig is superb as Blanc, a brilliant investigator in whose hands we feel safe knowing that all will be revealed in due time. Like Sherlock Holmes, Blanc (and Johnson) find importance in every small detail, and no triviality should go unnoticed. As the weekend progresses, the murder plot unfolds in real time and the past in a seamless flex of filmmaking. You can't believe what you see until all has been shown, and the ride, like the peeling of an onion, will leave you crying for more.

Like "Knives Out," which assembled some of the finest working actors of all ages and backgrounds, "Glass Onion" does the same. Hudson's lavish, boisterous Birdie clashes magnificently with Hahn's reserved government official. Bautista's braun and pinheaded Duke has nothing in common with Odom's elevated intellect. But the chemistry is undeniably sumptuous. However, it is Norton and Monáe who lead the charge, forging the film's tone and energy with smart and calculated performances. As the film races past each twist, turn and revelation, Johnson consistently ups the ante, rewriting the murder mystery so many times that we stop questioning his method to fully enjoy the ride.

"Glass Onion: A Knives Out Mystery" is in theaters for a limited one-week release and will stream on Netflix starting Dec. 23.