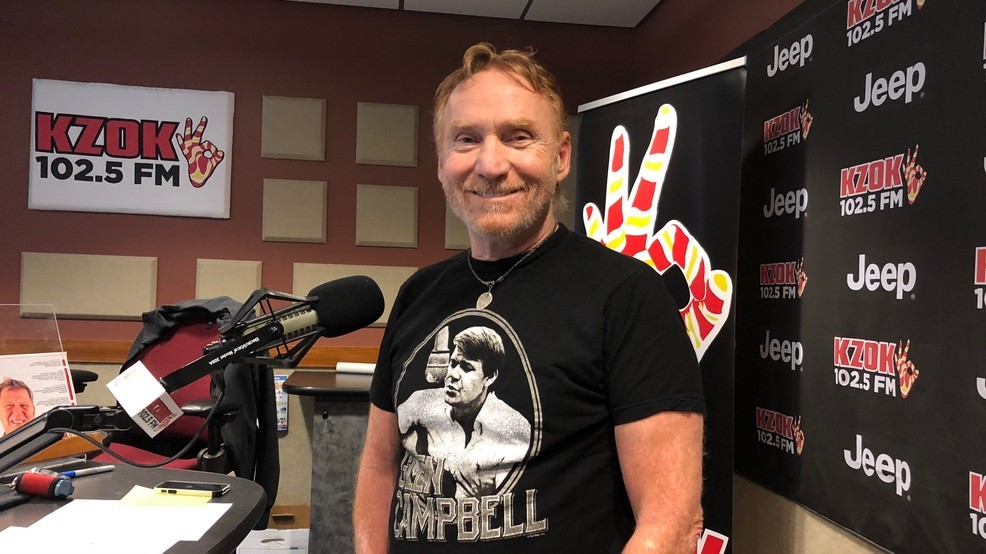 Danny Bonaduce is currently a DJ at KZOK, a classic rock radio station in Seattle. Bonaduce's showbiz career kicked into high gear when he landed the role of Danny on the Partridge Family which aired on ABC for four seasons. Photo courtesy of Seattle Refined.
SEE MORE

Danny Bonaduce: From 'The Partridge Family' to a Peaceful Life in Seattle

"I'm Danny Bonaduce and you are listening to KZOK."

Being on the radio seems to strike perfect note for the former child actor.

"I'll tell you what I love about all of this - is it's what I'm best at you know," said Bonaduce. "It's so weird that I got famous doing something else, you think that's what he does and it's not what I do. It's what I did, and I was a cute kid and I grew out of it."

It's easy to forget he started his showbiz career in the 70s as a member of America's favorite music-making family, when he was just a child.

"In Los Angeles - a kid actor is not rare," he said. "There were ten of us in my elementary school! It wasn't that weird, the weird thing was getting the job on the Partridge Family. That changed everything."

By the time he was ten, the actor was already stealing scenes as the wise-cracking middle kid...also named Danny. He can still remember his favorite episode of that classic show.

"There was a lot of get-up-and-go in the Christmas episode where - I don't even remember exactly how it happened - I don't know if it's somebody's dream, but we end up in the Old West, but with David Cassidy as the sheriff," said Bonaduce. "And everything is these weird pastel colors."

"Shirley Jones says all the comedy was Danny," he smiled. "If you want the jokes and the laughs that are guaranteed go to Danny."

The hit show also starred Jones as the family matriarch, and teen dream David Cassidy as older brother Keith. Both would become his lifelong friends.

"Almost without exception the 'Partridge Family' days were happy. They weren't 'Happy Days' - that was another show," he said laughing.

"It was all for the most part gravy. A couple of bad days - me squabbling with another kid on the show - but if I had bad days they were at home," said Bonaduce. "They were at home with my life family and real life problems."

So that leaves us wondering - what was going on at home?

"Dad was an angry guy," he said. "And expressed it in a way that was probably more acceptable in the 1970s. You couldn't get away with raising your hands to your kids today the way you could back then. So we just lived in constant fear of the guy."

But he found a safe place and a sense of belonging with his TV family, so it was devastating when it ended after a four-year run. After the show went off the air, his life took a turn.

"It was terrible," he said. "I had nowhere to go and nothing to do. Because I had no money saved, nobody was hiring me and I had no skills," Bonaduce remembered. "Which lead to really not-great times."

Over the next decade the situation got desperate.

"Yeah I lived in my car on and off for a couple years," said Bonaduce. "That was weird, and the drugs just got out of control, [and the] alcohol which stayed out of control for 20 years. I would bounce around being a professional maniac for awhile. It was like, 'Look - there's the guy from The Partridge Family.'"

It was Cassidy who helped him turn his life around.

"He said 'Alright man, we're gonna straighten you out'" he said. "We're gonna go on tour together, and he said 'We're gonna get on that bus and on that bus there's gonna be no drinking, no drugs and no women.'"

"Why would I ever agree to that kind of situation?" he laughs. But Cassidy was adament.

Then Bonaduce finally got a break.

"I got to my fifth radio station with David Cassidy, the manager came right up to me and said 'You're great - you want a job?'"

He's been on air ever since.

"He was more a big brother to me at the time than my actual big brother," he said.

Diagnosed with dementia, Cassidy passed away from kidney failure in 2017. It's still pretty fresh for Bonaduce.

When we asked what he missed most about his friend, Bonaduce said sadly, "Everything".

"'I Think I Love You' is by far one of my least favorite songs," Bonaduce said laughing.

He's been working as a DJ since the 1980s, then starred in reality show and even had a run as a boxer/wrestler. There were some scandals and crazy times. But these days, he's traded in 'Breaking Bonaduce' for backgammon with his wife Amy.

"There's a thing that Amy and I have - and it means the world to me when I get to say it's good clean fun," he smiles. "I just never had any [before], not since the days of the Partridge Family."

The couple first met at Starbucks, when Amy approached him.

"I saw him and I said the winning line 'I read your book!' and he was really flattered by that," she said. "We ended up talking for a couple hours and I've kind of seen him everyday since then."

They've been married for eight years, and Bonaduce has been sober for the past seven.

"That's what Amy did for me, and I realized this is worth it. Do this," he said. "Every one said 'You have to do it for yourself, you can't do it for somebody else' - lies lies lies. I flat out did it for Amy, and when that seemed to go alright every day I worked on it."

But don't go thinking Danny Bonaduce is boring now! He rides a unicycle, and still embodies that feeling of fun. The difference is, today there's also a sense of peace about the former wild child. He credits Amy for that.

The story that started as a funny kid on The Partridge Family, is now a love story with Amy.

"Everything was so out of control before Amy," he said. "I came to Amy in bad bad shape to begin with. To be honest with you I don't know why she stayed. Whatever the good parts of me weren't worth whatever the bad parts were. So I think the thing she did for me was not only stick around she showed me that something was worth the effort."