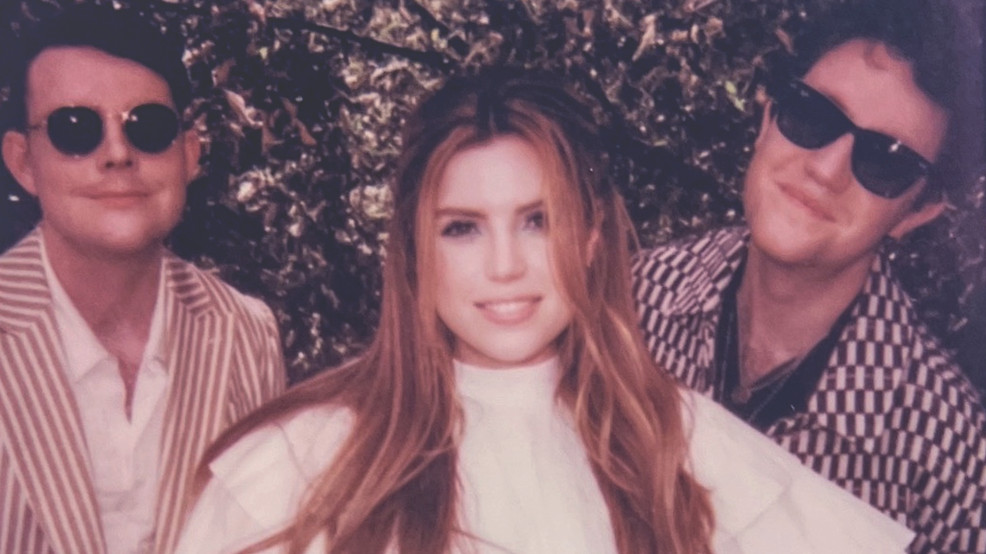 Echosmith really knows how to set the tone. Despite it being an aggressively cold Sunday night, the Capitol Hill neighborhood was absolutely poppin' and Neumos was no exception. Upon entry, I was welcomed into a dreamy explosion of colorful lights and sound. I was taken aback by how even though this venue is more intimate, the performance felt big, mesmerizing - complete with lights, props, and loud music that made it a whole experience.

The band opened with their newest hit "Gelato," which is so undeniably catchy I would be remiss not to suggest everyone add it to their playlist right this second.

The synergy between Graham (23), Sydney (25), and Noah (26) was evident from the get-go. It was clear that they are not just siblings, but besties. They jumped around the stage, interacted with each other, and most importantly, had fun. Their energy was infectious, everyone in the crowd had a huge smile plastered across their face.

What impressed me most about Echosmith was the sheer amount of talent to be had amongst the sibling trio. Everyone played multiple instruments, and lead vocalist Sydney Sierota jumped from the keyboard to drums, guitar, and even the tambourine. Echosmith embodies what it means to be a true family band. Never before have I felt more bitter about being an only child than I did at this concert.

Echosmith shared a common sentiment among many artists emerging from the pandemic: that connection is key. The band really emphasized this over and over as the night went on. Sydney even went on to say, "Echosmith is a family, and you're a part of it."

They were successful in making this an intimate show, there was a lot of pausing in between songs and talking with the crowd like they were amongst friends. Sydney in particular took the lead, getting vulnerable as she shared with us her struggles with overthinking and anxiety. She called on individuals in the audience, asking them who they are most grateful for in their lives. At one point, she even pulled a young fan up on stage with her, and upon hearing it was her birthday, she prompted the fan to pull her phone out and record as Sydney and everybody in Neumos belted out happy birthday to her. Sydney proved to be down-to-earth and relatable, someone you could snag a glass of wine and watch "The Bachelor" with.

Halfway through, a man in the crowd kept screaming: "I love you, Sydney. Get into my car!" I kept thinking to myself, "When is security going to come get this guy!? and how is she not visibly rattled right now?" Until, by the fourth time he yelled, Syd gracefully promised him it was coming. It was then I realized "Get into My Car" was the name of a song...

Echosmith played all their best hits and even a cover of "Dreams" by Fleetwood Mac that sent all the little hairs on my arms standing straight up. Then, finally, saved the best for last, ending the night by playing "Cool Kids," the song that put them on the map.

Instead of dipping out right after the set, Echosmith hung around afterward to chat with fans and sign t-shirts. I left the show feeling like I had just gotten a rare opportunity to experience a breakout band in this cozy a setting.

Bravo, Echosmith. Seattle was lucky to have you!