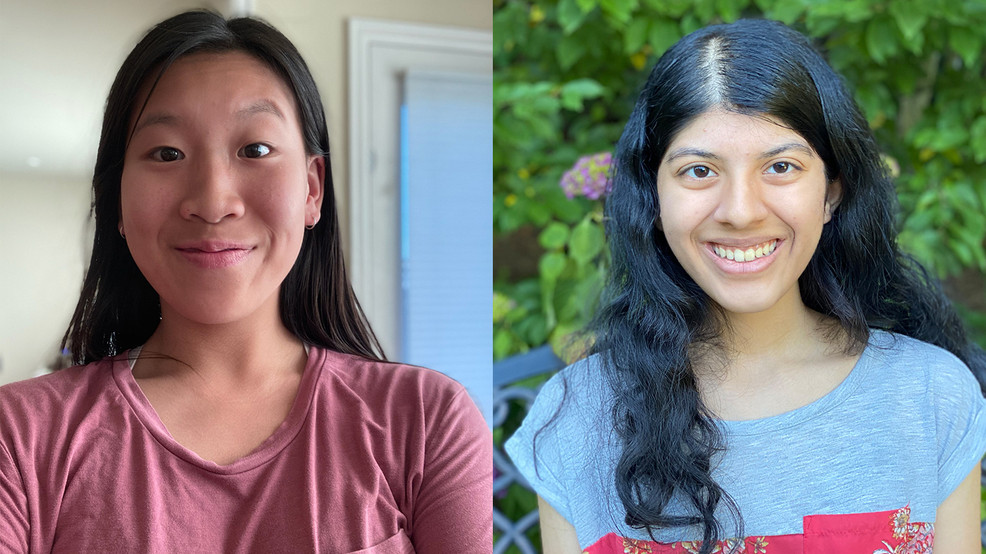 Anya Shukla and Kathryn Lau are friends, first and foremost.

Both seniors at Lakeside School, the duo share many interests: the arts, STEM and being a catalyst for change, among others. Even evident on a Zoom call, when you get them on the topic of their passions, they radiate more energy than a dying galaxy.

Shukla and Lau were only sophomores/juniors in high school when they founded The Colorization Collective, an initiative to promote diversity in the arts.

Through a mentorship program (in collaboration with Seattle's TeenTix), they aim to support teen artists of color by pairing them with adult artists of color, who provide education and resources about maintaining a career in the arts, as well as a community of peers "who look like them." The Colorization Collective also features teens through their blog, web series and social media.

Inspiration for the collective came to Shukla and Lau after they participated in an acting intensive through Seattle Children's Theatre in the summer of 2018.

"Through that intensive, despite the demographics of the actual cohort, we had a lot of conversations about diversity," said Lau. "We came together after that intensive to talk about the barriers we had faced and seen in ways that we could dismantle that for ourselves and for artists going forward, especially teen artists of color."

"A lot of teens were dropping out of the arts," Shukla added. "That created a pipeline problem for just diversity in the professional sector as well, which is why we chose to focus on the youth and provide them with the community and mentorship."

They officially became known as The Colorization Collective one year later in 2019.

It focuses on all kinds of art — from makeup artists to pie designers to ballet dancers. Shukla and Lau designed the curriculum to encapsulate what they wish they had known or learned.

The five-week intensive in the summer of 2020 consisted of 13 teen artists of color and three adult mentor artists of color who met via Zoom for 15 hours total. Each week, they'd discuss everything from building a portfolio to the technique to when it's the right time to get a studio.

The intensive culminated in a final showcase — a gallery for visual artists and performances that debuted during the awards ceremony for performing artists.

Mentees were asked a series of questions meant to gauge their level of interest in pursuing the arts before and after the program, for example:

"Just seeing that kind of growth, it's been cool that we've been able to serve that purpose to these other young artists [...]," said Lau. "It fills me with like, a sense of pride."

Shukla and Lau have many aspirations for The Colorization Collective — cultivating connections between mentors and mentees, equipping teens of colors with the tools they'd need to feel confident in pursuing a career in the arts and having a lasting impact on diversity in the arts, to name a few.

Both feel strongly that art — in all its forms — is a vessel to expose people to cultures and world-views they may not have been familiar with prior.

"[Art is] a portal. It has this really transformative, transportive element to it," said Shukla. "It just provides you with a different sense, like exposure to someone else's life, which I think has really helped shape me and give me kind of a better sense for what other people are experiencing, especially during the pandemic when you can't necessarily talk to someone face to face."

"I view it as this incredible vehicle for change. The way that it communicates stories and ideas, or it connects people like almost instantaneously," said Lau. "It's incredibly validating to see stories like your own presented on the big screen [...] It provides both the people and the lens and new perspectives for me to be able to analyze the world around me better."

This has been especially poignant this past year, where diversity in the arts — or lack thereof — has been a prominent topic of conversation.

"I think that exposure and added kind of interest is a really good thing," said Shukla. "Shifting, prompting conversations and potentially shifting institutional priorities or just cultures of institutions in general. But I think all of that has kind of shed light on how much needs to be done as well."

Lau added that though 2020 and 2021 have been tumultuous, she is glad issues of privilege and diversity have been brought to a greater light. The self-proclaimed optimist said she has tried to find a silver lining through it all.

"I think it's just fueled my fire, I guess, and just made me so much more committed to what we're doing. I definitely do think that I found the activism side and the change-maker...oh my God, I hate this. It's so cliche. Cringes throughout my body! But definitely, the level beneath just the art, but what art means and what it holds, and why it's so important and needs to be valued."

Senior year is coming to an end for these two — and they have mighty aspirations for the future. Shukla plans to pursue STEM but would like to have humanities, the arts or racial equity be part of her experience in some capacity, as well. Lau is looking to double major in performing arts and science.

As they head into life after high school, they do not plan to leave The Colorization Collective behind. The duo said they have plans to continue and expand the organization and transition to "more of an adult board leadership role" when they are no longer teens. They currently have chapters in California, New Jersey, Colorado and Washington.

Shukla and Lau have never let their age determine what they can and cannot do. With their ever-busy schedules, they've found the time to create a program that is truly making a difference — and they want other youth to know they can do it, too.

"I think if you're incredibly passionate about something like we are, I think, no matter the obstacles, no matter what stressful occurrences [...] I think your passion, your drive will allow you to overcome those things," said Shukla.

They did not start The Colorization Collective as a resume or application booster — it's a passion to help others, which Lau noted is one of the most important factors to being successful in your endeavors.