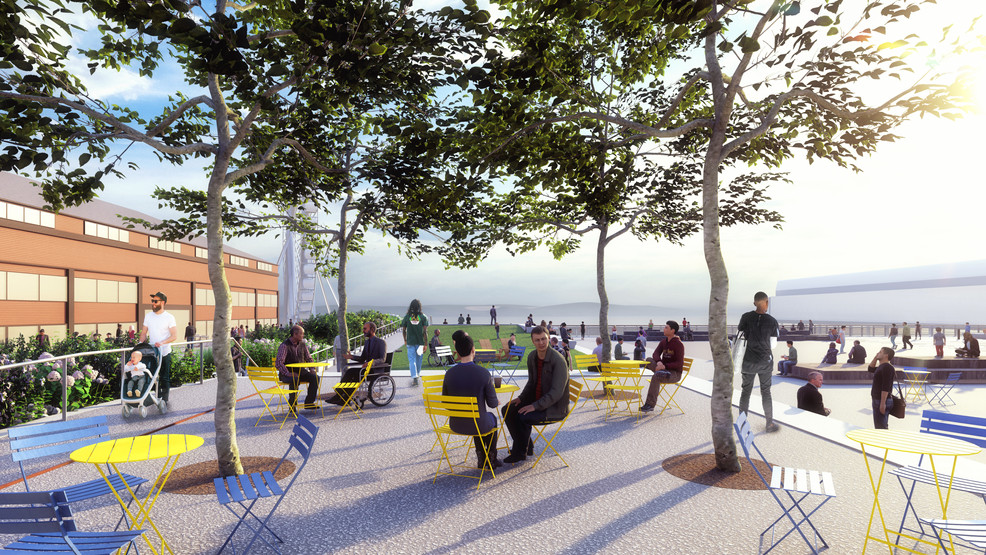 SEATTLE — Construction on the former Pier 58, also known as Waterfront Park, is set to begin in the fall and take about two years to complete.

The city's Office of the Waterfront and Civic Projects awarded a construction contract to Pacific Pile & Marine, LP for $34.5 million to build a new Pier 58 and remove Pier 63.

According to renderings of the new Pier 58, the area will feature an elevated seating space and lawn, a viewing area overlooking Elliott Bay, a fountain, a plaza and event space, a playground, a restroom and more.

“We’re excited to reach this milestone and to be one step closer to having another new pier for the public to enjoy on our waterfront,” Waterfront Seattle program director Angela Brady said in a news release from the Office of the Waterfront and Civic Projects. “The new pier includes a marine habitat-sensitive design, will be a welcoming space for all, and will include an iconic playground that will encourage visitors from near and far to visit.”