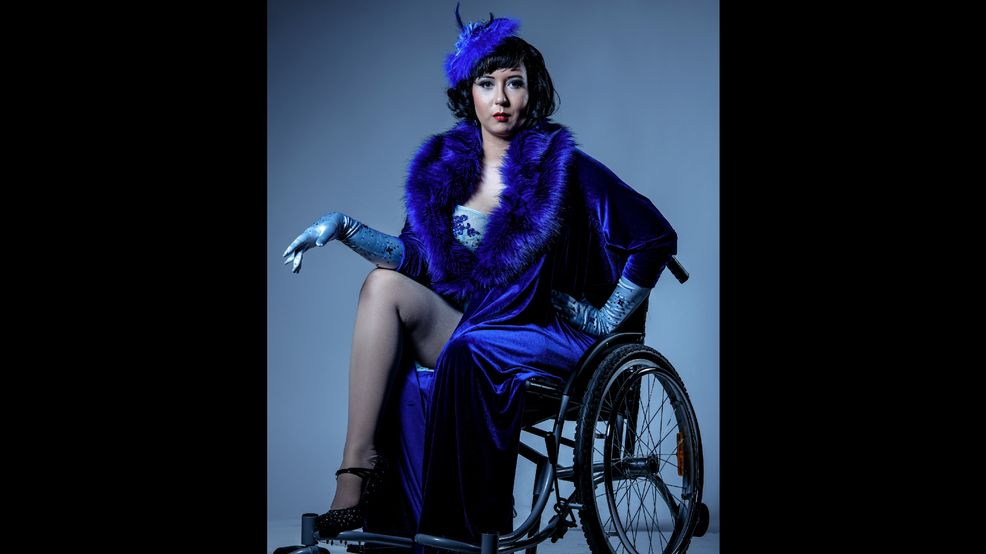 Chronically Burlesque: High-risk performers on how they're dealing with the pandemic

Burlesque icon Baby Doe believed it didn’t matter what size or shape you were. Burlesque is about feeling positive about who you are, about knowing how to shake what you have and being proud of it.

Local burlesque dancer and variety/burlesque show producer Sophie B. Fawkins, brings body positivity to dancers battling chronic illness, giving deeper meaning to the saying, “living life to the fullest,” regardless of the curve balls it pitches. Chronically Fabulous is a recurring burlesque benefit show for and by people with chronic illnesses. Each show benefits a different performer.

“I started the show over a year ago when I hit my 25th anniversary of having multiple sclerosis,” said Fawkins. “I decided I was going to throw a show and have some fun. Whatever money I earned after paying all the performers and other expenses, I would put toward medical bills. It turned out well and now every show, I choose a different performer to benefit from the proceeds so they can put the earnings toward their medical expenses.”

Fawkins finds performers for her shows by casting call submissions or by calling burlesque dancers she has personally seen perform. She feels it is important to pay her performers, because the effort and expense that goes into performing can be both financially and physically challenging, especially for someone with a chronic illness. All proceeds from the shows, after paying expenses, goes to the designated beneficiary performer of that particular show.

“Many artists are currently having a difficult time with the toll the virus is taking on the community,” said Fawkins. “One of the reasons we create, is the ability to share it with the world through performance. I've noticed many artists are trying whatever they can to keep it together. It’s nerve-wracking and people are really trying to keep positive. Most of them have lost their jobs and it’s pretty scary. It’s a difficult time for everyone, especially artists, because many of them use their performance art to stay sane and have something to look forward to.”

When the pandemic began to take hold, Fawkins immediately canceled the show. She was one of the first producers to cancel a show, even prior to local theaters closing, because she did not want to put her performers at further risk. She is aware that a significant number of people who attend the show also have a chronic or invisible illness, and it was of paramount importance that no one’s health was put at further risk.

“I always self-quarantine during the flu season because, let’s face it, people can be gross,” said Fawkins. “People in the United States are just finding out how little others wash their hands. You see people coughing into their hand then touching something. It’s pretty disgusting,” she said. “For those of us with chronic illnesses, we don't just get a little sick, we get hardcore sick. With COVID-19, it’s particularly scary as we're seeing people who are completely healthy contract the virus, then they are dead in 10 days. It isn’t something to scoff about.’

Fawkins is hopeful she will produce another Chronically Fabulous burlesque benefit show this year. She canceled the May performance, and is awaiting to see what the rest of the year brings in terms of the virus and the course it will take.

"We can hope for July, but more likely it will be September,” she said. “All of us gig workers do odd jobs to make ends meet, but right now, none of us are making ends meet. Between rent, food and medical expenses, it’s especially difficult, especially for those who have depression. Depression is common among those with a chronic illness. It's really hard when your art is not just your livelihood, but your sanity.’

Most of the extra work that gig workers do to make ends meet is now gone and Fawkins is not currently performing in any shows. Even if asked to perform, she would have to decline because the risk of exposing herself to the virus is too great. One of the greatest difficulties she is currently facing is the uncertainty of when she will be able to perform live again.

When she does, I’m sure Seattleites will pack the theaters to cheer on her, and the other Chronically Fabulous performers. Bring on the feathers and glitter!