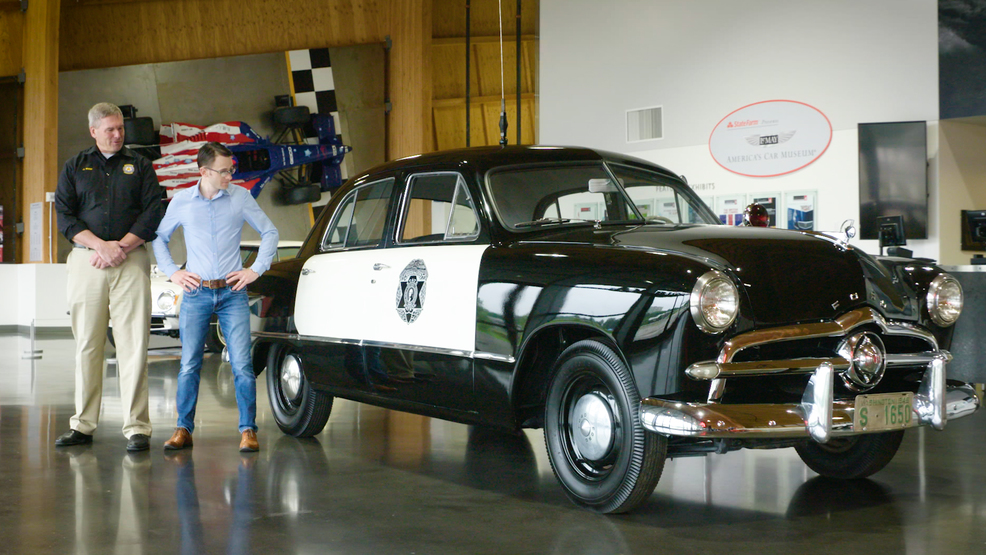 LeMay, America's Car Museum is the place to check out cool classic cars all year long! But through Father's Day you be able to check out an extremely rare 1949 "shoebox" police car, used by the Washington State Patrol. The cruiser was restored from the ground up by Seattle's Metropolitan Police Museum with help and guidance from a trooper who drove a car just like it, in the line of, duty about 60 years ago.

Jim Ritter from the Seattle Metropolitan Police Museum says this '49 Ford is a time capsule to simpler times, the days when a WSP Trooper was the only person responding to crashes on the highway. Ambulances were scarce, and troopers would load injured folks into the back seat of the patrol car and bring them to the nearest hospital.

The 1949 WSP Cruiser will be on display through Father's Day, one of hundreds of vehicles you can see at LeMay, America's Car Museum.