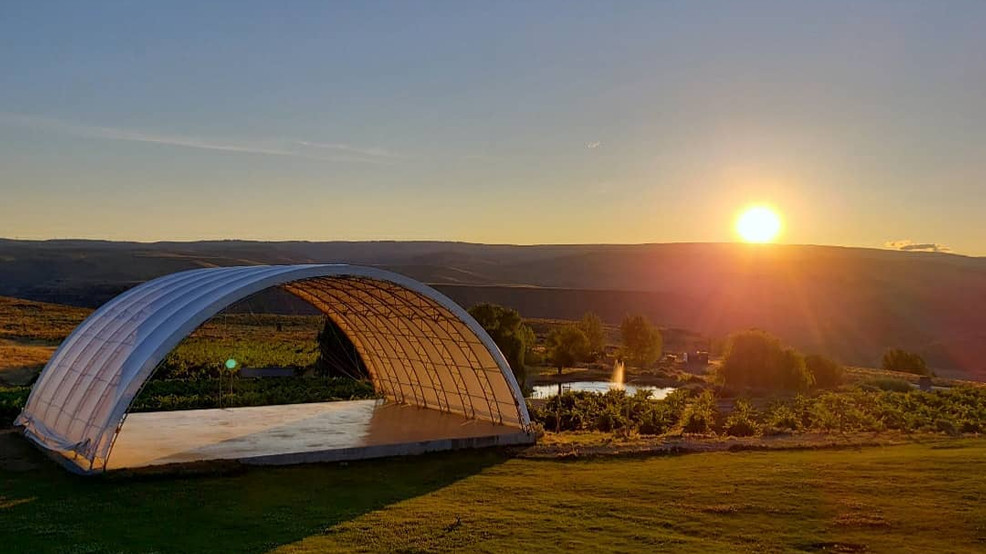 If there was ever a time to celebrate live performing arts, it's definitely after not being able to experience it for 15 months.

Cave B Estate Winery in Quincy, Washington, is hosting the inaugural Ancient Lakes Theatre Festival, a celebration of performing arts surrounded by beautiful vineyards and the Columbia River. The festival will take place July 15-18 and 22-25.

While there is much to experience at this new festival, the main event is actually a, wait for it — WORLD PREMIERE. Cave B Estate Winery is hosting the world premiere of the contemporary musical "How Can I Love You" at its outdoor amphitheater, Stage B. The production "celebrates life, love and music through the lens of healing, all told in the shadow of memory loss."

This one-act show filled with pop songs was penned by the neurosurgeon Dr. Vince Bryan, composed by Rand Bellar and directed by Eric Ankrim. The cast includes Seattle-based actors who have performed at 5th Avenue Theatre, Village Theatre and ACT Theatre.

"This is theatre that people have never seen before," said Ankrim. "Not just because the venue is different and so spectacular, but because literally the methodology and musical way we're telling the story has never been done before. I'd encourage people to come for the beauty and splendor and the spectacle of the show, but guarantee they'll leave with a greater sense of love and the joy and the beauty of life. They will laugh, they may cry, but they will be touched."

Tickets for the Ancient Lakes Theatre Festival can be purchased online. More information about the show and the festival can be found online, as well.