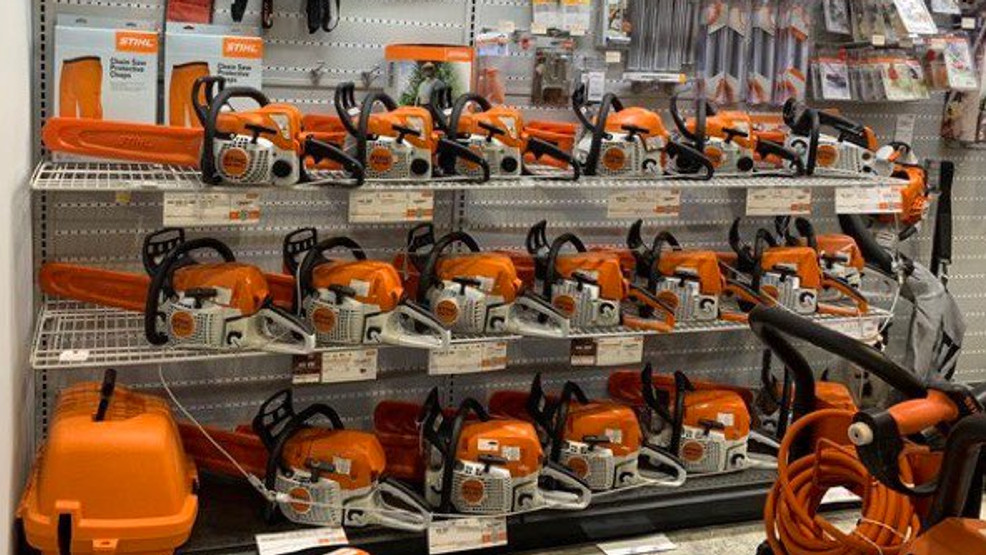 Can you spot the cat? Felines go viral with image of cat hidden among chainsaws

The shop's permanent residents, Max and Emma, have found themselves in front of tens of thousands of internet users across the globe after one image of Emma went viral.

Elise with East Bay Hardware said the store adopted the cats two years ago when their owner, who was a longtime customer, passed away.

She added that, while Max is very social, Emma is much shyer, causing workers to worry she ran away or had gotten trapped. However, the crew quickly realized that she likes to hide on the shelves.

Workers have since started making "find the cat" posts on their Twitter page, where followers try to spot a cat in an image.

One of these shots was picked up by several popular accounts, generating tens of thousands of likes.