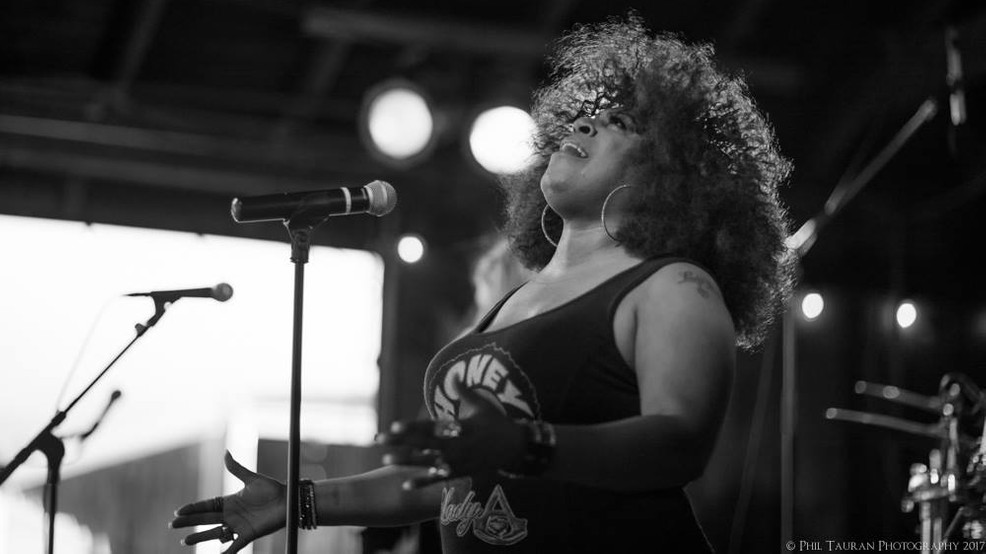 Beyond the Drama: Getting to know Seattle artist Lady A, in her own right

Anita White, also known as Lady A, has been busy lately. She had a birthday, released new music, and has continued her activist work.

Oh, and she is being sued by the band formerly known as Lady Antebellum who want to take the name she has had for decades. Just that old thing.

Lady A and her Seattle producer Jon Oliver spoke to Seattle Refined about all the work they’ve been doing against the backdrop of a lawsuit which has caught national attention.

Seattle Refined: I believe it was your birthday a couple days ago so firstly, Happy Birthday! How was it and how did you celebrate?
Lady A: Saturday was my birthday. You know, normally I am at festivals during my birthday. This is my first time home in about, I don't know 15-16 years. So it’s been nice actually. With everything that's been going on, I needed some downtime. We purposely didn't take any interviews on Saturday. We celebrated. And I actually got to clean my house. It was like a tornado in here and some friends, some good female vocalist friends of mine, I do a Zoom call with them once a week. They put together an amazing Zoom birthday party for me with videos and everything.

Seattle Refined: I'm glad to hear that. What did it feel like to release new music in conjunction with your birthday?
Lady A: It was great! With everything that is going on, people are finding it hard to find me but they are searching and I give God glory for that because people don't have to do anything for you. To release Lady A Live In New Orleans with my Seattle producer John Oliver, he’s been with me for 20+ years, that was our first live project and a lot of work went into it. Congratulations, John! We’re really happy, we really are. So happy it came out on my birthday and people have been purchasing, they’ve been downloading it so thank you so much. We appreciate it.

Seattle Refined: What was the process like of producing it? How long had this been in the works?
John Oliver: We recorded it live in New Orleans in June of last year. The thing was, before all this pandemic happened, you know Lady A had a plan and our team had a plan on when we were going to release it. It was supposed to coincide with her going to the Blues Music Awards. The pandemic happened that pushed all the timetables back. Which was fine, right? But then what happened is this Lady Antebellum thing kind of came up. It’s been a challenge just to get her music out but we got it out.

Seattle Refined: I had the chance to listen to it yesterday and there was just this raw, powerful energy to it. What do you hope audiences take away from it?
Lady A: I hope that people take away encouragement and that they’re inspired by the lyrics. You know, I'm an activist as well as a singer. I believe in community. I believe that Black Lives Matter. This fight with Lady Antebellum, it's not just about me. This is about Black culture, our language, our families, our names because sometimes all we have is our name. So if you're going to be an ally, you need to be an ally. And a lot of my music talks about that. Even though we go through things, the song “Doin Fine” reflects how we still come out saying we’re Doin Fine. That may not always be true, but we always keep that in the forefront because we try to always exude positivity and I’m hoping that people take that away.

Seattle Refined: Speaking of “Doin Fine” when I listened to it, I heard the lyric “45 is trying to kill us, turn us one against another” and the message is we need to come together. What does this mean to you in the present moment and do you hope your music can bring us together in that community you were talking about?
Lady A: Most definitely. “Doin Fine,” I wrote that in 2017. I think that since 45 took office there is more racist activity than there has ever been in modern day America. I think that people feel bolder to come out and just be racist. You have the Karens, the Kens, and the Kevins of the world that are coming out and just attacking, you know, Black, indigenous and people of color. It makes no sense. The difference is they're being filmed. You know, it's always been happening. But I'm hoping that we can come together. There are ways where each one of us can touch somebody else. If you go to my website, it will say be blessed and be a blessing. That has always been my motto. I am blessed in my life. Have I always felt that way? No. Have I had problems? Yes. Am I perfect? By no stretch of the imagination. But what I have learned is if you are kind to somebody else, they can pass that on to somebody else, and on to somebody else. And that's how we really come together.

Seattle Refined: In an interview with Desus and Mero you posed the question to Lady Antebellum, if they want to put their money where their mouth is they should give up something to you, especially as an artist who had been grinding and working at this longer than they were born. Do you hope they could show you some kindness?
Lady A: What I would like for them to do wouldn't cost them a dime. All they have to do is change their name. It's simple. Lady Antebellum came out and said that Black Lives Matter. Lady Antebellum came out and said that their eyes have been opened. Lady Antebellum came out and said that in the wake of George Floyd, they felt that their heart had been stirred. Changing your name from Lady Antebellum to Lady A does not make it any less racist. Do not insult our intelligence. So you’re woke now, okay. In your wokeness, do it 100%. They’re doing this halfway because it's convenient for them. You want to take our name. You know, sometimes our name is all we have. Our culture has been taken, our music has been taken, our languages have been taken. In some cases, our family has taken from us. So leave us our name. Or come out and say Black lives really didn’t matter to you.

You can find Lady A's new music on her website, Spotify and Amazon Music.