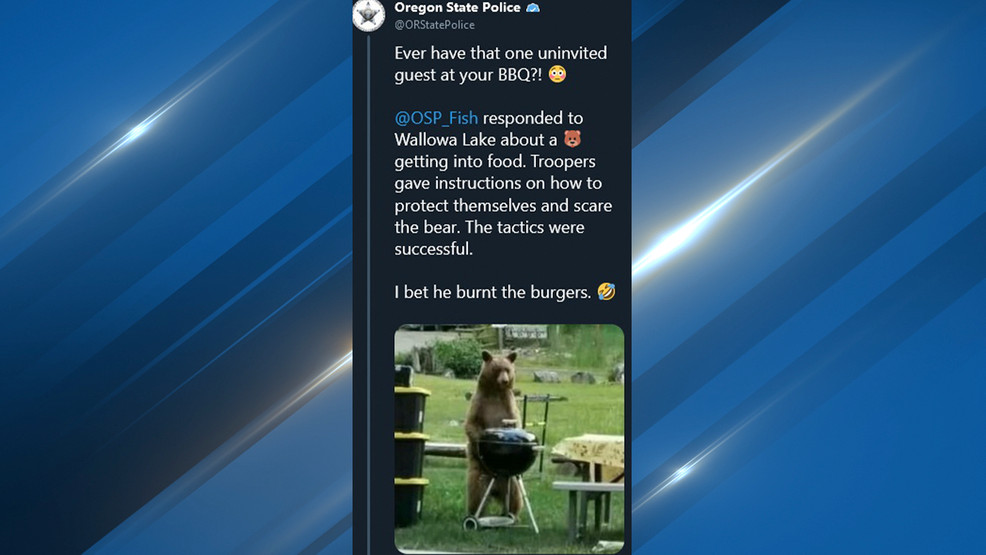 Oregon State Police Fish & Wildlife troopers want people to be “bear aware” after some people visiting Wallowa Lake had an unexpected guest at their barbeque.

Troopers said they were called out after a bear walked up to their campsite and started getting into their food. The troopers gave the group instructions on how to protect themselves and scare the bear, saying “the tactics were successful.”

The Oregon Department of Fish and Wildlife has since put out live traps to try and capture the bear and relocate it to a more remote area.

State officials say the best way to keep both bears and people safe is to “keep wild bears wild” stop them from getting human food rewards.

Oregon State Police included a link to more information on living with bears and other wildlife.

If you encounter a bear:

Dial 911 if there is an immediate threat to human health and safety.