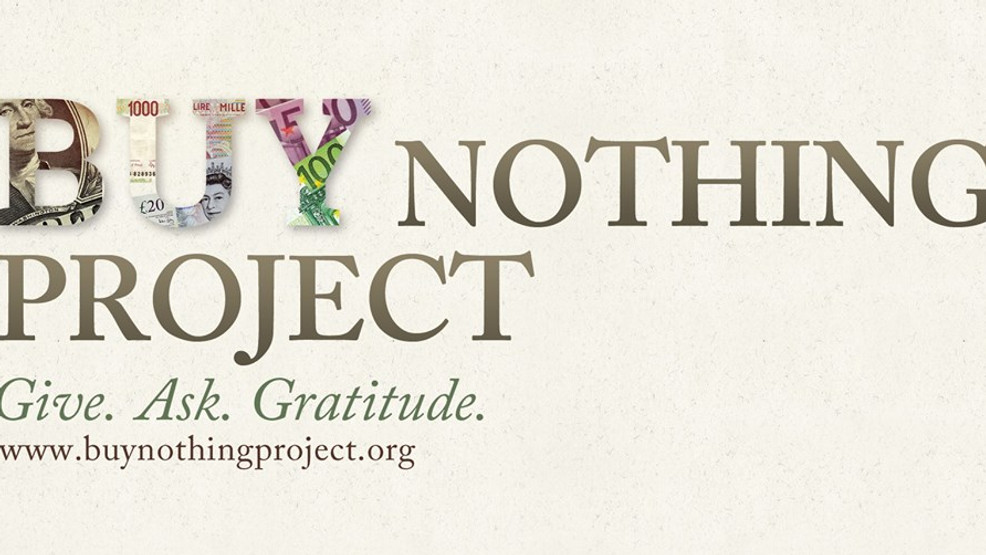 Ask ten friends what you should do with some of the excess stuff you've noticed in your house during the last year, and it's a safe bet at least half of them will recommend you put it on your local Buy Nothing Facebook group. If you've never heard of Buy Nothing, prepare for a surprise from those friends. What started at a park table on Bainbridge Island in 2013 has grown to a global network of groups more than 5,000 strong.

Way back then, Rebecca Rockefeller, 51, and Leisl Clark, 54, had kids who did home-school projects together. They were concerned about plastic pollution around Bainbridge Island and asked their parents to help them clean up.

"As a group, we decided to try to lower our plastic consumption and do something big on a personal level," said Rockefeller, a writer and, during the pandemic, a runner for a local food bank. "We started a Bainbridge barter as a weekly event. People brought what they had in abundance or wanted to get rid of. They talked about what they brought, and then everyone could help themselves. We all left feeling like we got the best deal."

The park-side events were only practical during dry months though, so Rockefeller and Clark, a documentary filmmaker and writer, decided to create a Facebook group. Within an hour, there were 300 members. Soon after, 1000.

"And then people started asking for help setting up the groups."

Clark said they could spend "24/7, 365 on the project, and it wouldn't be enough time," even with more than 11,000 volunteers and administrators. "Until recently, I was in 4,000 of the groups because I helped them with rules, setting up, descriptions of the groups," she said.

The groups exist in some 16 languages worldwide, in 44 countries, with more than three million individual participants.

"These numbers don't include the many groups that have used our public copyright documents and best practices to create independent gift economy groups with different names," Rockefeller said.

"We didn't imagine it would come to this," Clark said. "It's become a real social movement."

Rockefeller notes that they volunteer all their time.

"I'm a single mom, so it becomes a matter of how much time do we have to give. Our real goal is to make ourselves unnecessary. We want to enable anyone to access a gift economy mindset and make it part of their everyday lives. Maybe eventually it will become a natural behavior."

But they aren't done quite yet: they are currently working on expanding beyond Facebook and creating an app that would let anyone gift anyone else regardless of locale. Users could set parameters for the distance they are willing to go, whereas, on Facebook, the groups tend to be hyperlocal, based on neighborhood boundaries.

"The code behind what a user experiences isn't the best for a gift economy," Rockefeller said. "We are using it to the best of our ability, but we need something more user-friendly."

Those interested in the app can sign up on the waitlist to beta test it — currently called ShareApp — on buynothing.live. Regardless, the Facebook groups will remain.

Rockefeller said the most satisfying part of creating Buy Nothing is seeing people find ways to give gifts of themselves.

"Intangible things, especially now during the pandemic. People have been arranging to pick up groceries and prescriptions for those at high risk or donating fabric to make masks. It's been exciting to see that with the daily realities we face, people are coming together to help each other emotionally and probably saving lives."