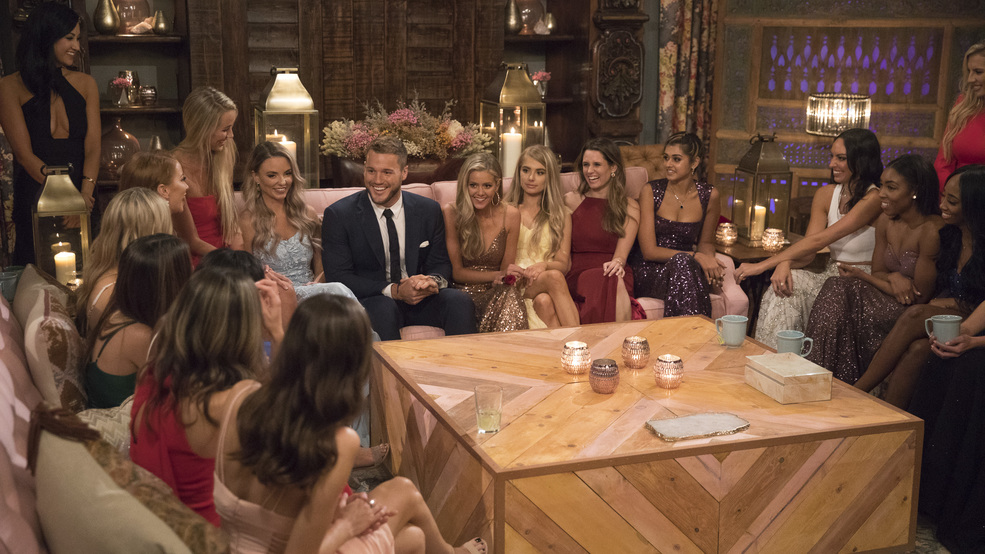 The gang is back together! Of course we’re talking about our fired up Bachelor Roundtable to talk about Colton's new steamy season on the ABC reality hit "The Bachelor". And there’s a new member joining our Refined team today who you may recognize

Seattle local and Bachelorette alum Jason Tartick sat down with our crew. You may remember, Tartick had his heart broken during Becca’s season, but has quickly become a favorite of Bachelor Nation. Now he’s sharing some intel on his friend Colton.

Producer Brandon: It’s that time! The Bachelor Roundtable is back, and we’re here to break down Colton’s season, get you prepared for Episode 2 and to do that we have a very special guest, it’s my man Jason Tartick in the house. Jason, let’s just start with the obvious – grade Colton’s performance on Night 1.

Special Guest Jason: I’m going to be generous and give him an A-. He was stoic, he was composed, I think he carried himself with a lot of confidence, and what people don’t realize is how difficult Night 1 is as a contestant so I can't imagine how difficult it is being him. I thought he did a great job. He was really composed, and genuine and I thought he was very open. I mean, he kissed a few girls, had deep conversation with a few girls – so I think he did a great job.

Producer Jenna: Let’s talk about the women then, out of the gate. We know Sloth Girl didn’t make it very far, but that was the most cringeworthy moment for me of the entire episode. I was watching it by myself and I was so embarrassed. Would that have done anything for you?

Jason: I’m not a big sloth guy, but I will say again – it’s always different viewing it knowing what it’s like being there. Think about the courage it takes to jump into a sloth costume, to put a smile and make him laugh, right? It takes a lot. Did it kinda go a little slow? Yeah but I would expect that being a sloth.

Editor Britt: My most cringeworthy moment was the gal who came up and said ‘I haven’t dated a virgin since I was 12’. And poor Colton’s face was like.’What’? What is he supposed to say to that?

Brandon: Jason - did you have any standout entrances , or anyone who made a great first impression in your mind?

Jason: I really think, and I know everyone is trending in the same direction I am, and I hate to be part of the masses, but I thought Bre’s entrance was actually brilliant. It’s tough to come up with ideas, the fake accent – I thought it was cute, it was funny, it was a nice way to stand out. I believe there was someone who came in with a box of butterflies – I believe it was Cassie. And I noticed in the actual show he picked one up and put it in his pocket and I was like ‘Ok, something’s going on there!’

Editor Gena: I really liked Cassie. What I loved about Cassie, I think she was the butterfly girl, her dress – I don’t know what it was but in a room full of ballgowns she comes out with this beautiful sundress and I was like ‘That’s a real girl right there.’ A girl after my own heart.

Jenna: Colton kissed what, three women on the first night? Did that shock you about him?

Jason: It did shock me, but also you think about it. He's the first guy to go through 'The Bachelorette', 'Bachelor in Paradise' and then 'The Bachelor' right in a row, so I think he’s gone through three in a row right? So it’s a crash course. And I think he’s just a fresh plate and he’s like ‘I’m going to give it everything I’ve got, and I’m gonna just dive in, and I’m gonna do it.’

Jenna: It didn’t seem super natural – totally love Colton now – but a lot of it was like ‘Arghgh’.

Brandon: He got in there mid-sentence with Katie, who I love, she's one of my favorites – but it was literally like, mid-word and he was just in there with the tongue. Alright player, I see you!

Jenna: Good for Colton! Obviously we gotta talk about Katherine, who I like to call Girl, Interrupted. She not only had Chris Harrison watch her dog, and then she proceeds to interrupt I think four times? Wouldn’t you be kind of frustrated on the first night, someone keeps coming up four times?

Jason: Colton’s the kinda guy when he wants something, he’s gonna get it. And he will do it, he will get it. So I think he can respect someone who takes the bull by the horns and talks to him.

Brandon: I just don’t understand why one of those girls was like ‘No! You cannot interrupt me!”

Britt: Well everyone is trying to be nice

Brandon: Why? She’s been there four times! At the end of the day someone just needs to put their foot down and say ‘No! It’s my five minutes!’

Jenna: So looking at the upcoming season, they kind of preview the craziness that’s to come. We see Colton crying a lot, we’re really impressed that he jumped a fence...

Brandon: That was one of the most incredible athletic feats I've ever seen. That was what, an 8 foot fence, it was one leap and he was over it in two seconds. It made me more of a fan of his just because that level of athletic ability is really rare.

Jenna: Do you know anything a bout how he is feeling, or what his outcome is?

Jason: I know nothing about where he’s at.