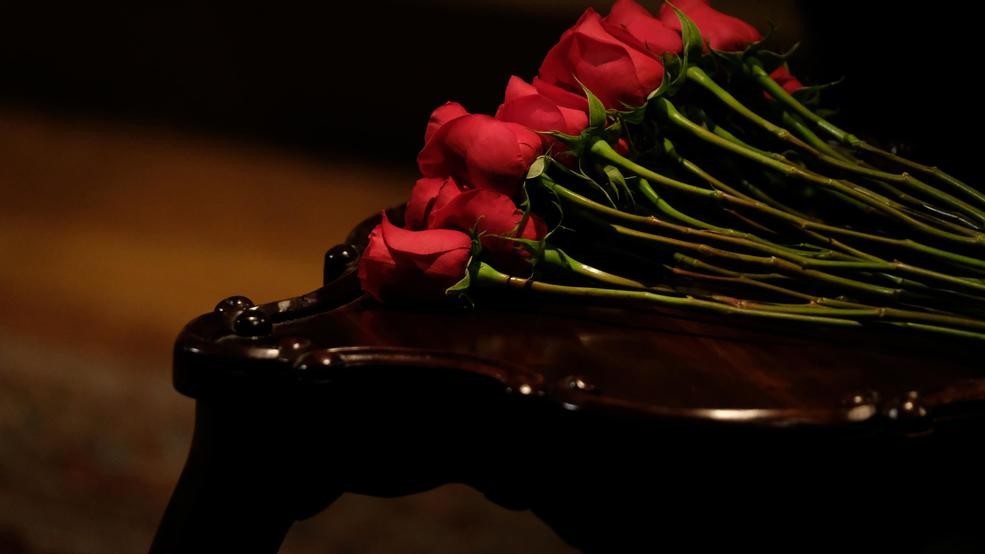 Bachelor Breakdown: Bring on the Waterworks

Monday night's episode of "The Bachelor" was a three hour hot mess of drama. We pick things up from the week before - when Alayah returns, and then just as suddenly, she's gone again when Peter realizes what the rest of the house (and America) did two weeks ago: she doesn't belong on this show.

As relieved as the women of the house are at Alayah's actual departure, their smiles get even brighter when it's announced they'll be leaving Cleveland for their next, sexier destination: Costa Rice.

Fun in the sun is just about to begin when Peter shows up to greet the ladies with a huge bandage on his head. You many have heard the rumors that production had to be stopped for some time during the filming of the season due to a head injury by Peter, and it's in this episode that we find out how said injury happened.

It's boring, it's embarrassing for Peter - AND, there is footage. Our poor Bachelor walked into a golf cart, his head bouncing off the edge of the cart and into the glass he was holding - making for 22 stitches and a pretty lame story.

Despite the head wound, Peter heads out on two pretty great One-On-One dates in quick succession. First, Sydney - who has a hot and heavy makeup session with Peter under a waterfall, after she tells him about being bullied as a child. Peter, in turn, tells her she's the best kisser in the house, and "not to tell anyone" - seemingly forgetting for the moment that he is being filmed. I feel bad for whoever Peter ends up with, if it's not Sydney...imagine having to explain that one...

Whatever happens for the rest of the season, Syd - keep that feather in your hat girl! The second One-On-One is with Kelly, a perennial frontrunner who Peter tells is not giving him enough in their relationship.

That's right - the man dating 12 woman at the same time tells one of the woman who has been quieter, and stayed out of drama, that she's not doing well. I honestly expected Kelly to walk out right then. She doesn't though, and is rewarded with a rose.

Back at the house, more drama (this is 'The Bachelor', after all) is brewing - this time between Tammy and Kelsey. Tammy is accusing Kelsey of being unstable with her emotions, drinking too much, and pill popping. Those are some pretty strong allegations from a gal who, up until now, has been some fantastic comic relief with incredible one-liners.

Like in 'Batman', this is a classic case of either dying a hero or living long enough to become the villain. If Tammy had gone out last week, she'd be known as a fan favorite with funny one-liners, instead she inserted herself right into the drama and the entire house revolted against her.

Kelsey is a little disturbed with all these allegations (understandably), so heads to see Peter before the Rose Ceremony to make sure he doesn't by it. Turns out he doesn't, and proves it to her by giving her a rose (not on a Group Date, One-On-One or Rose Ceremony -unheard of!) She struts that rose right back to show the women, and when news come out that Peter has cancelled when Cocktail Party portion of that night's Rose Ceremony because he has clarity, the nerves come out big time for those who don't feel like they've had enough time with him.

Mykenna and Tammy in particular are very worried about this "clarity" of Peter's, and what it means for them - so they interrupt the Rose Ceremony to take Peter aside one after another, to make sure their voices are heard. So, there basically was a Cocktail Party right in the middle of the Rose Ceremony after all.

Both are rewarded for their bad behavior with roses though, and the two women who also needed time, but didn't grab Peter - Lexi and Siann - don't.

WHEW. And we're not even done for this week, folks! Tomorrow night, Wednesday 2/5 at 8 p.m. on KOMO 4, there is a second episode. That's right, two in one week! We'll be back with another Bachelor Breakdown the following day, to see what on Earth has happen to Peter and his Ladies then...