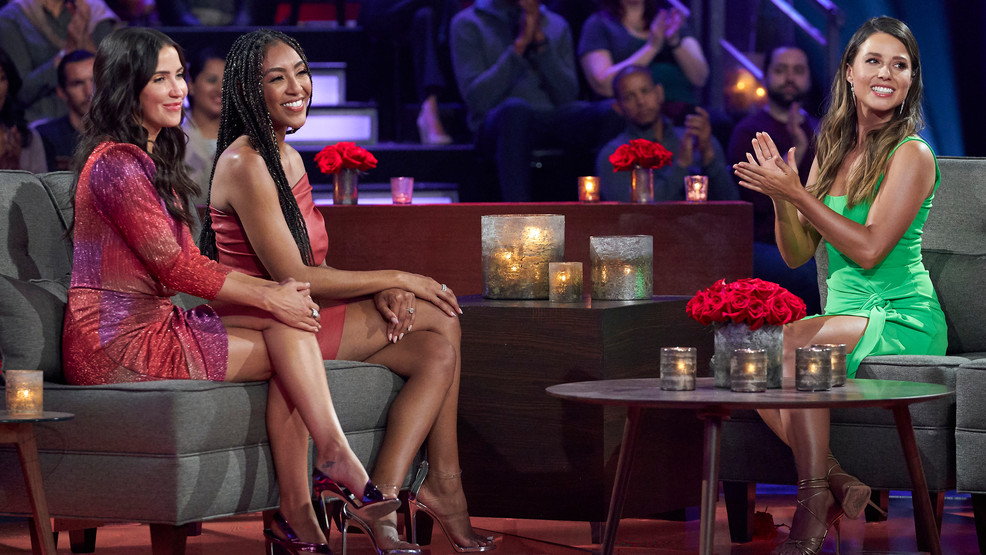 My name is Ashley and I am a Bach-aholic. I’ve been watching the Bachelor and Bachelorette long enough to remember when episodes ended with a rose ceremony and past contestants didn’t pop up on the current season. Over the years, my full-fledged love affair with the franchise has become somewhat complicated. Whether we are hating the Bachelor (Pilot Pete) or watching a scorned woman rise from the ashes (Becca Kufrin), the Bachelor and Bachelorette unites us like nothing else. A much as these shows are meant to be an escape from reality, they’ve been known to do the opposite and emphasize everything that we’re trying to escape: racism, misogyny, backstabbing, bullying, and sexual oppression. The franchise was in desperate need of a makeover so you can imagine my excitement when Renton’s very own Katie Thurston was announced as the Bachelorette. Katie has proven to be a breath of fresh air and exactly what the franchise has been missing. Let’s dive right in, shall we?

First things first, how am I supposed to enjoy the drama of Men Tell All when we’re starting the show with a Facetime conversation between Michael and his son James? It starts out innocently enough, with Michael telling James he is a on a work trip and will be home soon. At just four years old, James calls BS. A master manipulator who can spot a lie thousands of miles away through an iPhone - get this kid a job with the CIA.

“I know what the problem is and maybe daddy left because he don’t want to see me.” And there it is. The heartbreaking moment I was dreading. The moment I knew would come but didn’t want to believe. Wracked by guilt, Michael tells Katie he has no choice but to leave and be with James. Katie tried her best to be understanding, but she was clearly shocked and heartbroken.

Is there such a thing as a perfect goodbye? Because this is it. Michael’s goodbye speech is something straight out of a movie. He tells Katie, “I’m not leaving because of us. I’m leaving because my son needs his dad.” Ok Michael, but what about Katie and Bachelor Nation? We need you too. Remember when you said James needs a happy dad? This is worth it. You’ve come this far.

Katie is crying. Michael is crying. I am crying. Michael tells Katie that she taught him to love again. I am full on weeping now. If you had told me that Michael would break Katie’s heart, I wouldn’t have believed you. Can we all just take a moment to be thankful that we didn’t have to go through the torture of seeing Katie break his heart after Hometowns? If that were the case, imagine how we feel now times 1,000.

The saddest part about this is that James isn’t even going to remember what he said and how it affected his dad’s relationship. He’s four. If I had to guess, he said it and went back to his juice box and Legos as if nothing happened.

Given everything James has been through in his life already, I completely understand and respect Michael’s decision to not have James attend Hometowns. It’s a lot to has comprehend as a 30-something-year-old viewer so I can’t imagine what it would be like for a four-year old. But how was he planning on proposing and starting a life with a woman who hadn’t met his son? As much as I hate to say it, perhaps James wasn’t the only one who wasn’t ready.

I’ll be honest. The Men Tell All is my least favorite episode of the season. It’s two hours of grown men bickering, fighting for airtime, and hanging on to their 15 minutes of fame for dear life. It is a glorified Bachelor in Paradise audition. And on top of that, I am trying to recover from Michael’s self-elimination. Can I sue ABC for pain and suffering?

Going into Men Tell All, I was most looking forward to seeing Thomas. Let me remind you. Thomas was the brave (or stupid, considering how you look at it) soul who admitted to going onto the show to become the Bachelor. I knew the men would have a lot to say. So, you can imagine my disappointment when Thomas was nowhere to be found. Lacking the Thomas tension, we’re forced to rehash the second-tier drama: Aaron knowing Cody, Karl’s whole thing about Thomas, and Hunter having a Top 4.

The fighting was hard to follow, but a few highlights:

Speaking of Connor the Cat, he makes his way to the hot seat. After a cringeworthy recap of how he got his reputation as a bad kisser and admitting he reached out to his exes to confirm the narrative, a random woman in the audience decides to see for herself. She storms the stage, and they make out while Andrew S. yells “Get in there tiger, you’re a tiger!” If that isn’t a supportive friend, I don’t know what is.

This just in: The completely-random-definitely-not-staged kissing bandit is singer Tara Kelly (@tarakellymusic) who just happens to have a new song out. Connor, an aspiring musician, kissing an inspiring musician? Interesting. The devil works hard, but Bachelor producers work harder.

So, we know Connor the Cat went to Bachelor in Paradise, so I think it’s safe to assume he left Paradise single. And if he didn’t leave Bachelor in Paradise single, he’s clearly single now since he’s making out with Tara. He might as well start dating this girl. They would be the perfect addition to Listen to Your Heart. Until then though, I really hope they quarantine for the next two weeks because that kiss certainly isn’t helping the rising number of COVID cases.

In the meantime, can somebody check on Connor’s students? They have endured seeing their math teacher dress as a cat, tell dad jokes, play the ukulee, and start a bromance with Greg.

Andrew’s hot seat interview is essentially his audition to become the Bachelor and I’m here for it. He talks about heartbreak and the important conversation he had with Katie about interracial relationships. He says, “I’m still waiting for someone to just pick me for me.” A fan of fake British accents and rom-coms, Andrew is cute, charming, funny and would make a great Bachelor.

And here comes America’s Sweetheart Michael with the breakup beard. As much as Michael deserves to be the Bachelor, I sort of hope he is done with reality TV. He is too pure and genuine to be stuck with twenty five 22-year-old year wannabe influencers named Lauren who are there for the wrong reasons. My heart simply can’t handle another clip of James saying, “Daddy left because he don’t want to see me” - but just to be on the safe side, let’s schedule a Zoom call ASAP with Jason Mesnick and Emily Maynard to see how they managed being leads with their children in tow.

We then bring out Kaitlyn’s fiancé, Jason, and we watch their adorable proposal. Don’t get me wrong, I love Kaitlyn and Jason and I am so happy for them, but what does this have to do with Katie’s season? It felt weird and out of place. And if we’re being technical, why didn’t we get a Tayshia and Zach update?

So far, we’ve watched Kaitlyn get engaged and Connor make out with a stranger. Still no sign of our Bachelorette Katie. With 20 minutes left, Katie finally joins the party. How nice of you to show up to your very own Men Tell All.

Katie politely declines Michael’s request for a second chance. Has she no heart!? Although she has nothing but love for Michael, she couldn’t dwell on the past and had to continue moving forward with her journey. But Katie, have you learned nothing from your Bachelor ancestors? You can and should dwell on the past, Jason Mesnick and Arie Luyendyk both changed their minds and ended up happily married to their runner-ups. She says her ending is ultimately how it was supposed to happen. Is it just me or does it sound like our girl leaves without a proposal?

Katie accidentally calls Aaron “Thomas” and then wouldn’t you just know, live from Zoom, it’s the real Thomas looking like he is being held at a ransom in an unclosed location. But seriously, where is he and why isn’t he there in person? If Luke P. from Alabama Hannah’s season can face the guys, Thomas could have. Thomas apologizes to Katie; Katie accepts his apology and apologies to him for any pain she might have caused. Sort of anticlimactic if you ask me.

You know them, you love them – time for the bloopers, which is behind the scenes footage of the guys speaking in silly accents and dancing. Why can’t they incorporate this into the show? These are things we want to see. I feel like I actually know these guys now. Greg is hilarious. Who knew!? Less drama and more dancing. please.

There we have it – the Men Tell All or in this case, the Men Tell Very Little. This is not the top three I expected at all. I am starting to worry that we haven’t seen a preview of Katie in her Final Rose Ceremony gown stationed on a platform, bridge, cliff, or deck, gazing off into the distance, contemplating who her husband will be. If I had to guess how it ends, I think Greg leaves and an intern books Katie’s flight home, only for the two of them to be reunited and dating after the show ends. Speaking of flights, how much is a flight to Zaddy Michael’s hometown of Iowa? Asking for a friend ??