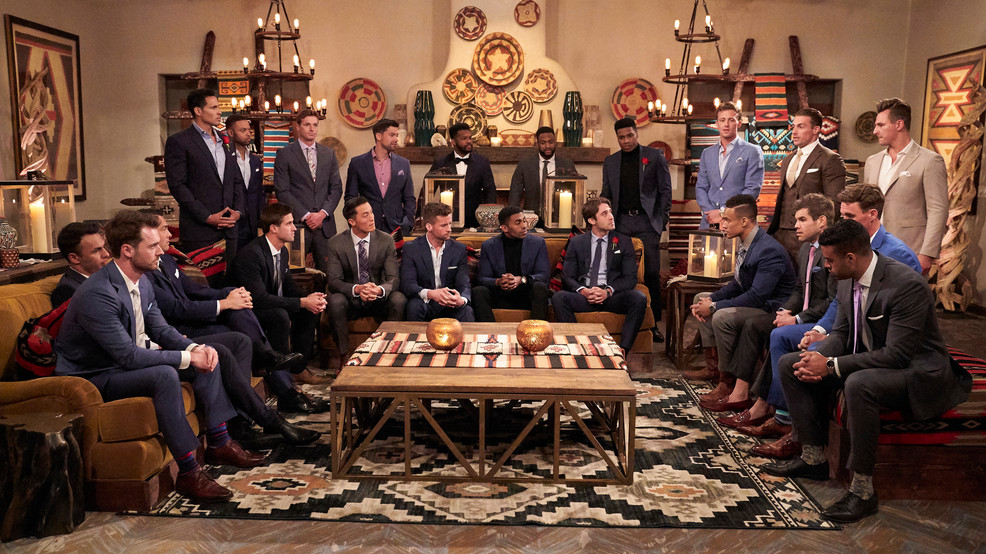 Week 3 - the week where people stop acting polite and start getting real. Okay, wrong show, but I can’t think of a better way to sum up tonight’s episode. This episode had a little bit of everything – drama, a revolution, group therapy, death, love after loss, and conversations about consent. It was authentic, beautiful, messy, and heartbreaking.

In honor of tonight’s truth telling, I have a confession to make. My name is Ashley and I am a Bach-aholic. I’ve been watching the Bachelor and Bachelorette long enough to remember when episodes ended with a rose ceremony and past contestants didn’t pop up on the current season. Over the years, my full-fledged love affair with the franchise has become somewhat complicated. Whether we are hating the Bachelor (Pilot Pete) or watching a scorned woman rise from the ashes (Becca Kufrin), a Bachelor and Bachelorette season can unite us. A much as these shows are meant to be an escape from reality, they’ve been known to do the opposite and emphasize everything that we’re trying to escape: racism, misogyny, backstabbing, bullying, and sexual oppression. The franchise was in desperate need of a makeover so you can imagine my excitement when Renton’s very own Katie Thurston was announced as the Bachelorette. Katie is a breath of fresh air and as real as they come. In what may be the world’s cheesiest tagline, I was ready to see what all the buzz was about.

We left last week on a cliffhanger, with Katie promising a rose ceremony like no other. We see Katie crying after Karl’s confusing and vague claims about people not being there for the right reasons. In what was definitely a first for the franchise, we experience what I can only describe as a union on the verge of a strike. Newly appointed Speaker of the House Mike P. announces that Karl is not telling the truth. “We feel as a unit, it’s our job to protect your heart, and we’ve come together in solidarity.” Where is Kasey “Guard and Protect Your Heart” Kahl (from Ali Fedotowsky’’s season) when you need him most? If there was ever a time for him to shine, it was now!

Although I wonder how Mike was appointed to represent the house (rock, paper, scissors?), I was so relieved that he will now be remembered for something other than being the virgin on last week’s “Greatest Lover” date. Anybody else completely burned out on the virgin narrative? Virginity is not a personality trait. There is so much more to people than their decision to abstain from sex.

Two time-runner up, former Bachelor, and unofficial therapist Nick Viall joins Katie to help uncover the truth about these men. As the franchise’s most frequent flyer, nobody understands what it’s like to be in Katie’s (and the men’s) shoes more so than Nick. However, once the lights went down and everybody was seated, I couldn’t help but think that Jada Pinkett-Smith was going to bring out a red table to gather around. Emotions were high and it didn’t take long for the tears to start flowing. Hunter opened up about his failed marriage and Connor B. detailed how drinking and partying led him to cheating on his girlfriend. I did not expect that from the cat-loving piano playing math teacher. He is really proving to have nine lives and I’m here for it.

And then there’s Thomas. Thomas finds himself committing the show’s cardinal sin and admitting his aspirations to become the Bachelor. Yes, you read that right. Although it is common knowledge that some contestants come onto the show for fame and followers, it is Bachelor/ette 101 that under no circumstances whatsoever do you admit that out loud. Whether Thomas didn’t get the memo or chose to ignore it is unclear. What I found even more confusing than his admission was the “Stephen King clown smile” plastered across his face. Without missing a beat, he goes on to say that after meeting and getting to know Katie, he is now here for the right reasons. Are you still with me? Digging himself into an even deeper hole, he admits to having gone on a date the week before coming on to the show. Thanks to the Bachelor Nation Private Investigators, I have no doubt that the identity of Thomas’s mystery woman will be revealed by the time you’re reading this.

All in all, I loved this date. It is the depth and realness I have been craving for years. I would have loved to see a professional therapist in lieu of Nick, but baby steps, people. Seeing the men be open, expressing their emotions, and being vulnerable was a step in the right direction.

In what will go down in history as one of the most raw and powerful moments the show has had, Katie shares a non-consensual sexual experience from her past. Say what you will about Katie, but it’s hard not to admire and respect a woman who’s willing to share her personal trauma with millions of people. The fact that I knew what she was going to say before she finished her story is everything that is wrong with our society. We shouldn’t know how her story ends. We shouldn’t understand the reasons she suffered in silence. We shouldn’t be able to relate to the guilt she felt afterwards. Yet as women, we do. Katie has shown us that being sex-positive is so much more than coming out of the limo with a vibrator. Being sex-positive is about replacing shame with empowerment. It’s about the power of transformation and not letting the past define you.

We now find ourselves on the one-on-one. I love the one-on-one dates early in the season because I find myself going ham over a guy I didn’t even know existed before now. Michael is a single dad straight out of a Hallmark Christmas movie. He was married to his college sweetheart Laura for 16 years before she was diagnosed with breast cancer, and she passed away seven months after their son James was born. He admitted to feeling selfish for going on the show, but that his son deserves a happy dad. Cue the waterworks.

Michael’s take on love is so genuine. He expresses “what a gift it is to be able to fall in love twice.” Did you hear that? It is the sound of Bachelor Nation’s collective “aww". He is the epitome of everything we want and need for Katie – a man who has experienced life, love, and loss only to come out stronger. The thought of Michael making it to hometowns and introducing his son to Katie makes me emotional. The thought of Michael not making it to hometowns and Katie never meeting his son makes me even more emotional. I hope I don’t regret saying this, but I would have been okay with Katie pulling a Clare and ending the season right then and there.

Sadly, all good things must come to end, so we’re back to the Thomas show, where the men are confronting him for what he said during the group date. How is Thomas saying everything but nothing all at the same time? Mike P., I think it’s time for another union meeting because Thomas needs to go.

While I attempt to process what I just watched, I gaze out the window only to see the star known as “Michael’s a Royal Pain in My Ass,” I can’t help but wonder what next week will bring. Who is here for the right reasons? Will Thomas be cut out? Who the hell invited Blake? As a wise woman once said, “To be determined”