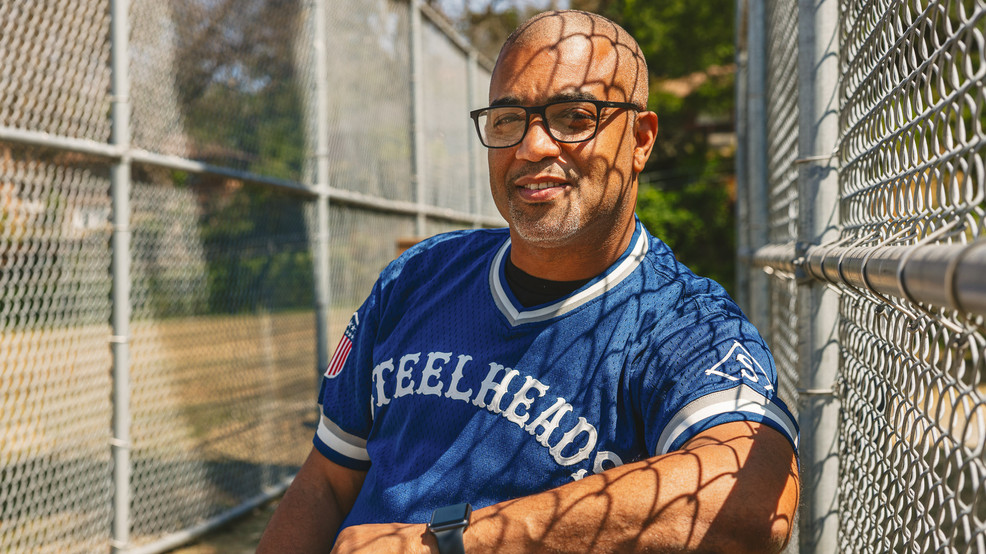 The story behind Damon Brown's mural at Mariners' Steelheads Alley

Brown, known as Creative Lou on Instagram, describes himself as a multifaceted artist who specializes in illustration, public art, painting and design.

"My schedule is usually filled with a variety of creative projects, ranging from public art activations that tell a community's story to my visual interpretation of the future," he explains. "Ultimately, I enjoy creative problem-solving and projects that challenge my creative knowledge and processes."

The collaboration came to be when Steelheads Alley was seeking a mural for one wall of the bar. Brown was mentioned as an option due to other projects he's worked on around the city.

"When my name was mentioned to Métier Brewery Company as a potential artist," he explains, "they learned I was the artist behind a few of Métier's classic [Trail Blazer Pale Ale, Black Stripe Coconut Porter, PBE and more] designs. So there was already familiarity there."

Brown says it was important for him to be able to creatively tell the history of Washington state's diverse baseball history.

"Along the way, I learned a classic baseball game was being played at a neighborhood park near where I grew up and attended school," he says.

During the creation process, Brown first identified that the direction of the mural would focus on a classic baseball game played at Garfield park on Sundays.

"Then over the next several weeks," Brown says, "I was connected with baseball historian David Eskenazi to learn all about Seattle's rich baseball history. This prompted conversations with Stephanie Johnson-Toliver of the Black Heritage Society and David, who both had a wealth of history, knowledge and access to photo archives."

Brown says learning this historical knowledge helped shape the mural over the next month, "Not only did I want to show the community aspect these games represented, I wanted to recreate a community baseball game at Garfield, but played with players from various diverse backgrounds that contributed to the history of baseball in the Northwest."

What has excited Brown most about this project has been the opportunity to recreate and preserve history on such a grand scale — for his community and the state of Washington.

"This has been a crash course in the history of baseball in the Pacific Northwest, from the various teams and baseball greats that have played baseball in Washington State," he says.

When summarizing what he loves most about his job, Brown says, "Each day, I get to wake up and do what I love and share my creative gift with the world, in a way that makes a tangible impact."

"I would love to create a commissioned art piece of magnitude and impact that challenges me to explore cutting-edge materials and techniques that expand the boundaries of my 2D works," he says. "Learning and creating with materials and tools such as tile, fabricated metal and 3D modeling tools. It would be a bonus If I could connect this piece to all of your senses—sight, sound, touch, smell and hearing."

And we look forward to seeing it!

Corinne Whiting is a freelance writer for Seattle Refined. See more of her adventures here.