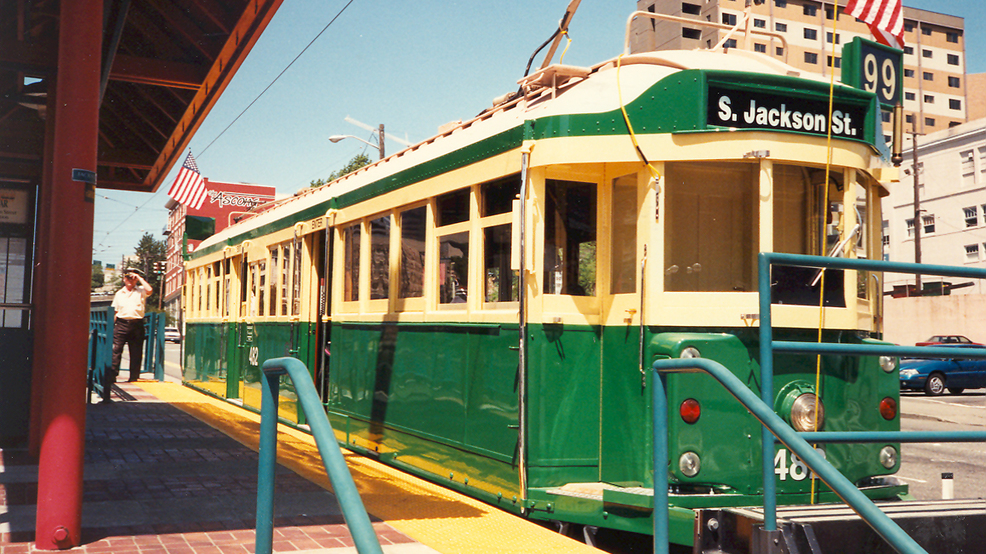 All Aboard! This local group is trying to revive Seattle's historic trollies

No matter how you choose to commute, by car, by bike, on foot or on public transit, getting around Seattle during rush hour can be a drag.

But one local group is trying to add some fun to our busy streets by reviving Seattle's Waterfront Trolleys, and running them on the city's modern streetcar tracks. For about 23 years, the antique street cars ran from Pier 70 to the international district before being mothballed in 2005. The nearly 100 year old trolleys were originally brought to Seattle by City Councilman George Benson as an homage to Seattle's rich streetcar history. Now, they are in storage and "The Friends of the Benson Trolleys" are trying to get them back on the rails.

“We’d like to put these cars back on the streets of Seattle, its not that complicated," said Don Blakeney with the Friend of Benson Trolleys group. "We’re putting in new streetcar tracks. Let’s see if we can make this work.”

Tom and Vince Mendenhall from Historic Railway Restoration (a father and son team) are the guys tasked with retrofitting the Benson Trolleys for use on modern Seattle Streetcar tracks.

Tom says the challenge is to convert from the 600 volts these cars are, to 750 they need.

"Without taking out the motors, re-winding them, or rebuilding the controller," he said. "The way we do that is with a battery pack or inverter."

The Mendenhalls say the city took great care of these trolleys while they were in service and they've held up well in storage. Everything still works, even the whistle!

The Friends of the Benson Trolleys say they've raised about $50,000 so far via Kickstarter, but will need more funds to complete the project.

“Its actually a pretty affordable way to get more capacity on our tracks," said Don.

“This is one of those rare situations where our forward looking needs coincides with preserving our past.”