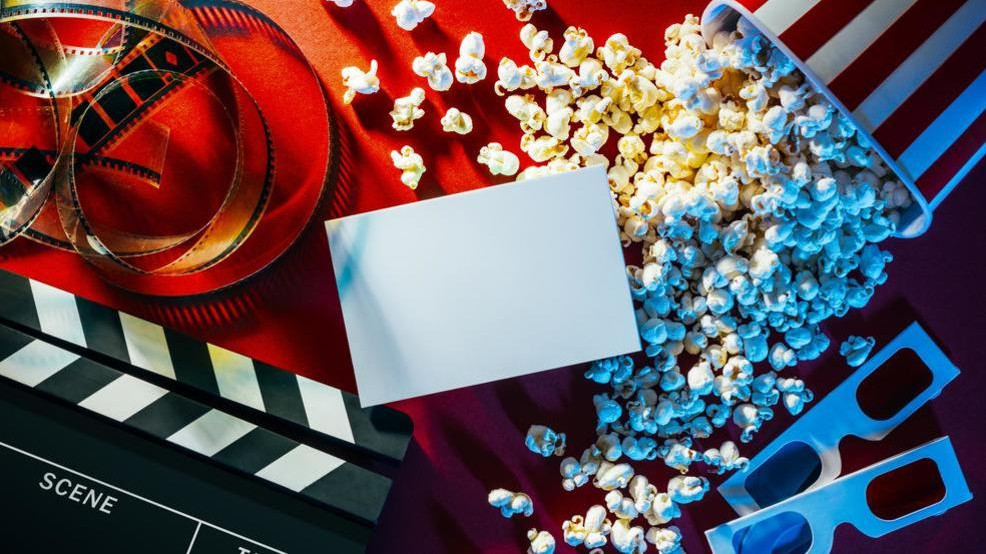 Who Will Win? Our Academy Awards 2021 Predictions

The Academy Award ceremony will be held this Sunday, April 25 at possibly its most unusual venue to date: Union Station. The train station in downtown Los Angeles which pioneered its own architectural style called Mission Moderne is certainly no stranger to Hollywood. It has been used numerous times on screen in films like "Blade Runner" and "The Dark Knight Rises". The venue offers easy social distancing among its attendees which are limited to presenters, nominees and their guest. For the third year in a row, the ceremony will have no host.

Though the Academy originally said there would be no video chat component – a good thought after the spate of technical issues and a stilted flow that turned the Golden Globes into a fiasco – they finally determined nominees who were physically unable to attend would be patched in via satellite after all. (They're hoping to avoid a train wreck of their own *ba-dum-ch*)

So what does the line-up of Academy Awards contenders look like in a year where a majority of the films were not shown in theaters across the country?

Still quite impressive, actually, with perhaps its most diverse, inclusive group of nominees yet. For the first time, there are two female directors up for awards (Chloé Zhao and Emerald Fennell) - and also making history, two men of Asian heritage (Steven Yeun and Riz Ahmed) are nominated in the Best Actor category.

Though there are some definite shoe-ins, the show is always ripe for upsets with multiple categories lacking a surefire favorite. Don't fret. Let's walk through the projected winners and shaky leads category by category.

OUR GUESS: "Nomadland"
There has been no momentum this year like that of "Nomadland". The film, which was innovative in its use of real-life American nomads to play key characters, blurring the lines between fiction and cinéma vérité, has resonated with audiences during a year of economic, social and political upheaval. It has won the Golden Globe, the BAFTA as well as the top award in several critic's circles (including our very own Seattle Film Critics Society). Its closest competition is "The Trial of the Chicago 7", but it would be a true upset if "Nomadland" didn't take home the award.

ACTOR IN A LEADING ROLE Nominees

OUR GUESS: Chadwick Boseman
This one is almost certainly Chadwick Boseman’s. He passed away in August, and he would be just the second person to posthumously win for Best Actor (Peter Finch for "Network" was the first). Not only was his turn in the film transcendental, he was building a career of solid work that voters typically like to honor. Ahmed and Hopkins are our runners up, but it would be a crime if Boseman weren’t to get it this time.

ACTRESS IN A LEADING ROLE Nominees

OUR GUESS: Viola Davis
Frances McDormand has won two Oscars in her career, one still fresh in the minds' of voters. Andra Day won the Golden Globe, but she outshone the movie as a whole which wasn’t particularly liked. Vanessa Kirby gives a haunting performance as a woman grieving through a traumatic birth; but Viola Davis is a powerhouse who gave an incredible performance, and she won the SAG award. Coupled with a career of noteworthy performances, it is likely Davis will be honored this year.

WISHFUL THINKING: Carey Mulligan is my personal favorite for a role that is nuanced, yet still steamrolls through our emotions and makes a statement on the unequal treatment of men and women. "Promising Young Woman" was a strange, upending mix of comedy and drama, a dark satire that managed to both entertain and preach. Mulligan juggled the character's dichotomy with strength and vulnerability while making the ridiculous acts she committed completely believable. We would love to see her take home the prize, and this category certainly lends itself to that possibility.

ACTOR IN A SUPPORTING ROLE Nominees

OUR GUESS: Daniel Kaluuya
Kaluuya is the obvious favorite. He’s won the BAFTA, the Golden Globe and the SAG award. It seems like a runaway train, and though his performance was incredible, it isn’t necessarily being talked about the same way as Boseman’s, and veteran actor Paul Raci is a possible threat to Kaluuya’s win.

WISHFUL THINKING: Leslie Odom, Jr.
Odom, Jr. as the famous, but morally-conflicted singer Sam Cooke was a real delight, and his raw performance was a highlight in a film that featured many other acting achievements. He made the audience look at Cooke through a multi-faceted lens, and I would love to see him recognized for his powerful portrayal.

ACTRESS IN A SUPPORTING ROLE Nominees

OUR GUESS: Youn Yuh-Jung
Here we have another too-close-to-call category. Each contender has found popularity and momentum at different points throughout this awards season. Glenn Close (who has been nominated 8 times and famously lost her last shot to Colman in a surprise 2017 upset) received rave reviews for carrying "Hillbilly Elegy" on her back; the film itself rubbed most as problematic or, at best, poorly timed. Amanda Seyfried (with the help of Netflix) has been campaigning hard for "Mank." Maria Bakalova won in multiple critics society award circles and even took home the Critic’s Choice Award. All that said, Yuh-Jung won the BAFTA and has the slight upper hand. She gave an understated performance that stuck with audiences long after the credits rolled.

WISHFUL THINKING: Glenn Close
Yes, "Hillbilly Elegy" was not a great film by any means. It was sloppy, unfocused and released at possibly the worst time for a story about a poor white family. However, Close's performance was transformative (both physically and emotionally). She continues to produce exhaustingly perfect portrayals, and it seems like now would be the time to finally reward her tireless work. I like Yuh-Jung as well, but if it were to go to anyone else, Close is most deserving.

OUR GUESS: Chloé Zhao
Zhao and "Nomadland" have been nearly impossible to untangle one from the other. Like the film as a whole, Zhao won the Golden Globe and the BAFTA, as well as the DGA award and countless others. She is the unmistakable belle of the ball this year, thanks to her guerrilla filmmaking techniques. She lived in a camper during filming and employed unusual, very un-Hollywood casting. David Fincher, a highly lauded director whose feature films have consistently found both critical and commercial success, has yet to win an Oscar, so perhaps voters are looking to recognize his unrivaled talent. "Mank", though obviously helmed by a skilled craftsman, was long and very specific to the Hollywood crowd, unlike "Nomadland" which catered to middle America. Our money is on Zhao.

OUR GUESS: "Soul"
If there is one cardinal rule at the Oscars it is: never underestimate the power of Disney/Pixar who have won eight out of the last ten years in this category. Despite the controversies and accusations of racial insensitivities, it was critically acclaimed and largely liked by audiences. As the first Pixar film to feature a Black lead, "Soul" is a beautiful, heart-wrenching, smart film that makes it impossible to bet against this year.

WISHFUL THINKING: "Wolfwalkers"
This strange little animated feature out of Ireland completely stole the hearts of anyone who saw it. The animation is totally unique, and its story is both whimsical and oddly historical.

OUR GUESS: Chloé Zhao, “Nomadland"
We have Zhao taking home this prize too, not just for her sparse, but powerful script, but also for her fresh, unconventional method for writing. She used the real-life players-turned-actors as inspiration and focused on feelings rather than talk-heavy scenes which allowed for the film to breathe and more potently convey the themes of oscillating disconnect and intense connection.

OUR GUESS: Aaron Sorkin, “The Trial of the Chicago 7"
No one writes a screenplay like Aaron Sorkin. No one. His quick wit, fast dialogue and unparalleled ability to pack information and ideas into a scene without making it feel convoluted or obviously intentional is what makes him the best in the biz. It is certainly what won him the Oscar in 2011 for "The Social Network". "The Trial of the Chicago 7" is a prime example of what he is capable of. It is smart, slick and sensational, but stays true to the facts of the real-life case. It will certainly be hard to beat, particularly since Sorkin won't get an award for directing and, as we mentioned above, the film will likely lose in the Best Picture category.

WISHFUL THINKING: Emerald Fennell, "Promising Young Woman"
What an immensely smart and bitingly sharp film that feels intentional but never manicured. We have so much fun in a story about the aftermath of sexual assault that it almost feels improper. That is Fennell's intention, however. She allows the silliness of the subplots to suck us in, then hits us with the hard stuff when we least expect. This was her first feature film as writer and director, and I would love to see her given the accolades she and the film deserve.

OUR GUESS: “The Trial of the Chicago 7"
WISHFUL THINKING: “The Father"

OUR GUESS: “Another Round” (Denmark)

OUR GUESS: SPEAK NOW from “One Night in Miami”

OUR GUESS: “Mank"
WISHFUL THINKING: “News of the World”

OUR GUESS: “If Anything Happens I Love You”

OUR GUESS: “Sound of Metal"