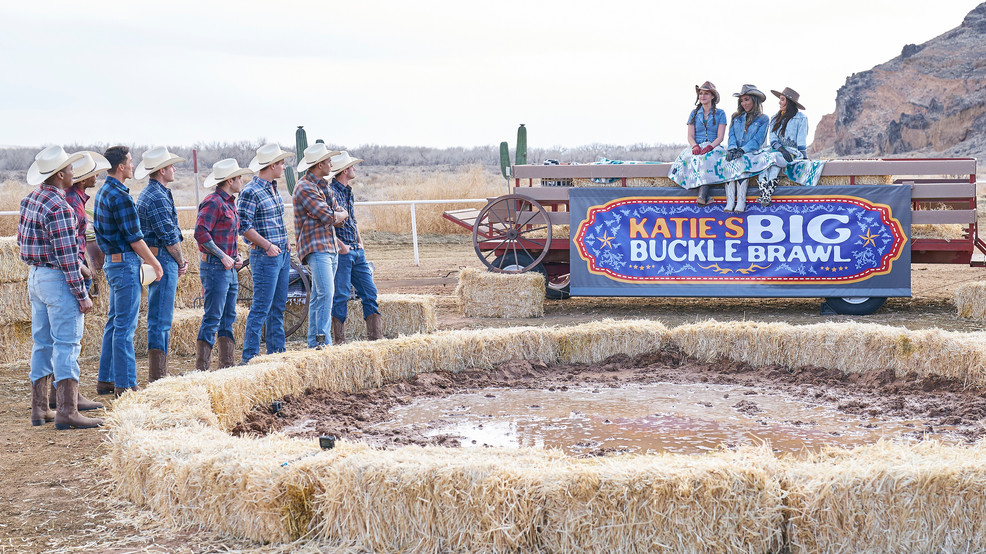 Bach, Please: Mud fights, pot stirring and who's here for the 'right reasons'

It's week two of "Bach, Please," which means it's week two of Katie Thurston's journey to find love. However, it's week one of my Seattle Refined journey, so let me start by saying hi! I'm Ruby. I'm 21 years old and live in Seattle, where I was also born and raised. I graduated from college a few weeks ago, and while my college, unfortunately, does not offer a Bachelor Studies Program, I really love talking, writing, and thinking about the Bachelor in my free time...and also during time that should really be spent doing other things. For me, the Bachelor is not only endless entertainment, but also presents a platform from which to engage around issues of gender, race, and sexuality in relationships and in the TV space more broadly.

As we watch our PNW bachelorette Katie navigate through the season, I am committed to meeting the show where it's at in terms of its hilarity and humor, but also in terms of its glaring shortcomings. I'm a strong believer that part of "being here for the right reasons" as a fan and avid viewer of the show is calling the show out where it needs to be called out.

Last night's episode saw our first one-on-one date of the season, two group dates and a good old cocktail party gone-awry, which brought the episode to a close (minus a rose ceremony). And, in short, this episode did not disappoint. Before we dive in, a big shoutout to my fellow Bachelorette Collective member Micaela for last week's fantastic recap, which embraced the 30 men of Katie's season and their colorful display of limo entrances with admirable kindness and openness.

Alright, let's get straight to the site of the first date of the episode: a group date, which took place in a "dark room with sex stuff," as one of the men put it. The date card said, "I'm looking for a great love," but it might as well have said, "I'm looking for a sex-positive love." Micaela was onto this last week, and as my mom so kindly put it while we watched this week's episode, "Katie is relentlessly sex-positive." The term sex-positive was thrown around so much in this episode that it did feel a bit relentless, and quite honestly, I'm losing sight of what the term actually means and what it means in Katie's context. Does talking about sex make you inherently sex-positive? Does owning a vibrator make you sex-positive? Is sex-positive a coded way to say feminist?

Comedian Heather McDonald appeared during the date and asked the men a series of sex-related questions that made Mike, the season's token virgin contestant, uncomfortable. I was starting to feel a little bad for him, but against all odds, Mike emerged as the champion of the date's Greatest Love Competition after coming out to Katie as a virgin in front of the audience of men.

Karl emerged from the competition as someone to avoid interacting with at all costs after he delivered a confusing and ridiculous speech to Katie on, essentially, what she does and doesn't need in a partner. Thanks, Karl. Literally, anyone else will take it from here, but preferably not a man telling a woman what she needs in a romantic interaction.

At the cocktail party that evening, Thomas swept in to woo Katie just in time for the group date rose. Katie seemed to be feeling him, and I was starting to get on Team Thomas, too...did anyone else catch that preview for next week at the end of the episode? Is Thomas about to let me/Katie down already and become a villain? Stay tuned to see if Thomas is there for the right reasons.

But honestly, scratch Team Thomas because right now, it's all about Team Greg. From the second I saw Katie and Greg in their nearly matching outfits, rocking the flannel and hoodie look, I was sold on these two together on their outdoorsy date. The pair pitched a tent together, created some sort of camping toilet situation with a bucket? And ate hotdogs. The date was straight out of a Patagonia ad, and my PNW-self was here for it. The date was intense for Katie, however, who told Greg that she used to camp and explore the outdoors with her father, who had passed away a few years ago.

At the dinner part of their date that night (well, dinner might actually be a stretch given that not once have I ever seen someone touch their food...is staged dinner more accurate?) Greg shared with Katie that he also lost his father in the last few years. I can't say for certain why Greg waited until staged dinner to tell Katie about his shared experience, maybe it was just for dramatic effect, but I would like to think it was a little more than that. It felt like, in waiting to tell her, Greg made intentional space for the Patagonia ad part of the date to be about all Katie, without him needing to co-opt her experience and hurt. Yes, Greg! With the First Impression Rose and a one-on-one that Katie described as "perfect" under his belt, Greg is definitely one to watch out for...and definitely the guy whose Instagram I was scrolling throughout the episode.

And then I had to snap out of Greg paradise because it was time for another group date, and specifically time for another group date with a competition. What is it about the Bachelor and group date competitions? Specifically, physical brawls? Of all the problematic Bachelor traditions, one of a few I would really love to see go is any activity that involves grown adults removing articles of clothing and physically fighting each other under the guise that this in any way is about "fighting for Katie" or "being here for Katie" or "being the right one for Katie."

The group date card said "Let's get down and dirty," and unfortunately, it didn't lie: with Katie, Tayshia and Kaitlyn watching, the men wrestled each other in pairs in a literal pit of cold, wet mud in an event called "Katie's Big Buckle Brawl." It looked completely awful and completely freezing. Was this supposed to be a display of attractive masculinity? If so, what a limited, disappointing and problematic definition of masculinity to project! Whatever the intention, I don't think it's working, and the show can absolutely lose these sorts of events.

Of course, Aaron and Cody, who have beef from back home in San Diego, were paired up to wrestle. Aaron pulled through victorious, earning himself a few precious, muddy minutes with Katie on a bench while the other men took a horse-drawn carriage ride of shame home. Aaron and Katie discussed Aaron's beef with Cody, and he let Katie know that Cody may be searching for fame or a platform more than he is a wife. In other words, we found ourselves in a dreaded for-the-right-reasons moment.

At the cocktail party that night, Katie pulled Cody aside to address Aaron's allegations and let him know that "kindness is one of the most important things she's looking for in a person." Well yeah! That's good to hear! In their brief conversation, Cody comes across as totally suspect and rehearsed, and Katie, trusting her gut, sends him home. I mean, for me, the red flags were raised on night one when Cody, a "zipper sales manager," emerged out of the limo with a blow-up doll named Sandy. Sandy went home, too, right? If someone from ABC could just confirm for me super quick, that yes, Sandy is gone for good, I would sleep a lot better at night, thank you. Despite the Cody drama (which Katie handled admirably quickly, respectfully, and cleanly), the night wasn't totally disastrous, as pro football player Andrew S. helped distract a thrown-off Katie and took home the group date rose.

And then, a couple of hours and a lot of "Katie is sex-positive" comments later, we found ourselves at the pre-rose ceremony cocktail party. Katie has another smitten moment with Thomas, but all went south when Karl, playing dirty, decided to spend his one-on-one time letting Katie know that he has heard some stuff circling around the house about multiple guys who may not be here- you guessed it - for the right reasons. I think "playing dirty" is honestly giving Karl too much credit here because, in a tragic Bachelor contestant misstep, he seemed to be planting somewhat nonexistent seeds of mistrust in Katie towards all of the guys in order to better position himself.

Oh, Karl. Haven't you done your research? This typically doesn't end well! Karl refuses to give Katie any specifics, and the episode ends in a cocktail party cliffhanger after Andrew S. calls Karl a "weak and spineless man." Just another night on "The Bachelor," I guess!

And, while we didn't see a rose ceremony last night...apparently, it's one not to miss — said by "The Bachelorette" herself! What could it mean? I guess we will find out next week.