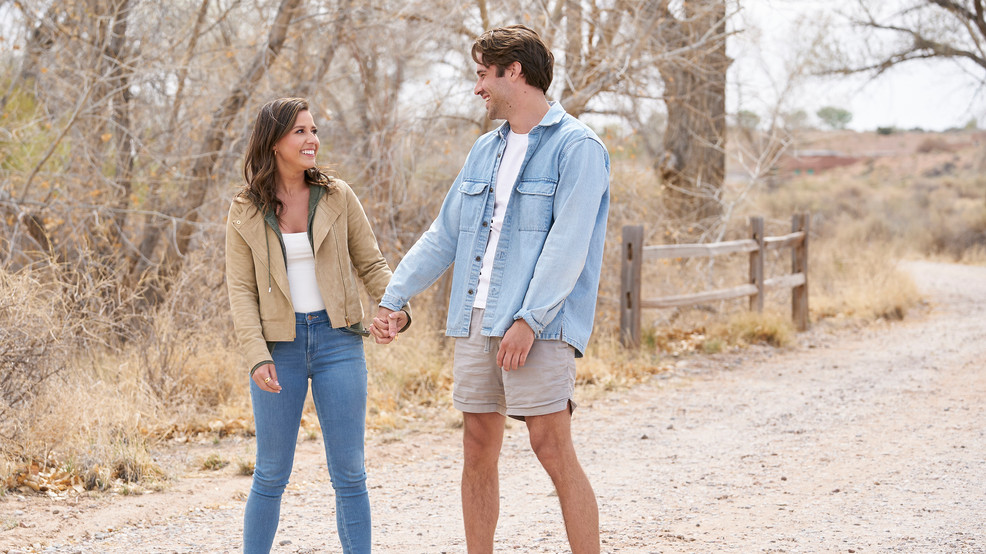 Alright, my rose lovers, you asked for me back, and well, you shall receive. Just kidding, nobody asked, but I am back for one last recap of Katie Thurston’s season of The Bachelorette. While I wish I was still typing this from my tiny human’s inflatable pool, I have to admit that I am currently covered in paint (like seriously), sweaty, hungry, but of course, somehow still managed to pour some rosé in my fanciest stemless glassware. You win some. You lose some. For those wondering what incredibly riveting paint project I was so invested in (nobody, but you can’t stop this train now!), I have been vigorously working on a backyard deck makeover to finally solidify our fixer-upper’s "a young 30-something millennial couple lives here” status. Stay tuned. It’s going to be amazing (I hope). #diwhynot

Let’s dive into our recap so I can attempt to process whatever the (bleep) went down on tonight’s hometown episode, and to be efficient with our time. We are going to indulge in a quick game of word association to summarize the first two hometown dates:

Ok, I lied. I do want to take a moment to appreciate Blake’s family. Blake’s mom = greatness, and honestly, Blake’s sister was even greater. She was aware yet incredibly sensitive and empathetic while delivering some major truth. Blake certainly falls fast and seems to be a bit of a hopeless romantic when it comes to televised relationships. He explains that while he’s not yet in love, he is definitely ready to propose in the next week. Um? What? I’m confused and a bit skeptical here. Is Blake actually here for the “right reasons”?

Anyways, Blake’s hometown date, it was nice. Whatever, moving on!

Justin’s family couldn’t join him, so his two best friends, Herb and Tommy, will be meeting Katie (I’m obsessed with their names. It could either be the name of a 90’s cartoon show or an up-and-coming indie band). Is anybody else also wondering the real reason why his parents weren’t there? Living through a global pandemic in 2020 has brought us the capacity to be together despite distance (thank you, Zoom). Therefore I feel like if Justin’s parents couldn't actually make it to New Mexico due to COVID (totally understandable and so reasonable), then they would have been featured in some sort of way. This leads me to believe that his parents did not want to be part of the show (also totally understandable and so reasonable). I am concerned that Justin’s family was not able to meet Katie. Like I get it, but still. I can’t imagine getting engaged without knowing someone’s family.

Justin tells Katie that he is falling in love, and Katie essentially pats him on the back and says, “I’m proud of you!” There’s truly nothing like sharing your heart and being met with “Go get ‘em champ!"

We know that this date was the end of Justin’s journey, but not before the ultimate test of love...blue cheese or ranch? (Side note, we shall all be striving to find someone who is as excited about us as Justin is about blue cheese) #goals

Did I see that correctly? Was that another jump-straddle hug? Ok, yes, yes it was. Hi Greg!

Greg and Katie stroll through the resort’s pretend boardwalk on a tandem bike, and while that looked fun, it also weirdly reminded me of when my husband and his roommate used to roll around Seattle on their own tandem bike, hitting up local skateparks attempting to somehow hold on to their youth. Breaking news, both the tandem bike and their youth are gone.

After devouring some pork rolls and doing something that we can’t actually even call pretend-surfing, we move to the final activity, basketball. And warning - here’s where things start to get real. The basketball moment was just so beautiful, sweet and genuinely pure. Greg reveals that he used to play basketball with his dad and hasn’t played much since he passed away. Greg and Katie share a common experience of losing a parent and have undoubtedly deeply connected because of this. And I totally get this! Seven years ago, my mother left this world after being diagnosed with cancer. Shortly after, my husband and I started dating, and I have continuously grieved that he never had the privilege to meet her. Throughout every pivotal moment in our relationship, I have attempted to bring a little of my mother’s life with me, a life full of triumphs and struggles, happiness and contagious warmth. There’s something so indescribably beautiful about your partner knowing those that live closest to your heart, but also sincere vulnerability in sharing a marking moment of trauma.

You guys, I am exhausted just attempting to think about the conversation that Katie and Greg share next.

Wow. Just absolutely agonizing. What is going on? I’m torn, and I am so triggered. Partially due to my own unresolved trauma after losing my own mother, but also due to many excruciatingly painful and abusive past relationships that have resulted in the inability to have a rational response at the slightest possible evidence of narcissism. Katie absolutely shuts down in front of Greg while he is pouring his heart out and responds with, “I’m sorry, I just love looking at you.” Katie! Stop prioritizing the role of Bachelorette and let yourself loose in this love! Do I think Greg might think that he is above the rules of the show? Maybe. But I think that is in part due to the consistent and special reassurance that Katie has provided him up to this point.

“Are you done?” Yes, Greg is done. He’s not asking for a rose. He doesn’t care about the show. Don’t get me wrong, I have been rooting for Katie so hard this season. But right now, I feel like she got too wrapped up in the script and forgot to focus on just love. So after so much “right reasons” talk, we need to ask, is Katie there for the “right reasons”?

So then what? Yes, Katie had her clear job duties as The Bachelorette, but are those worth possibly jeopardizing their relationship? Their connection has been beautiful and fulfills what we, viewers, are ultimately looking for.

Regardless of whatever team you are on, I think we can agree that Katie and Greg’s final conversation was absolutely brutal. I so feel for both of them right now, and personally, I don’t even know how to end this recap. I’m trying to put a funny spin to this, but I can’t. Honestly, I am probably going to need a lot more rosé and my therapist to process whatever it is that just went down tonight. At the end of the day, this is not about Katie or Greg being inherently good or bad. Ultimately, I think both Katie and Greg felt threatened and afraid, leading to their amygdala automatically activating their flight-fight-freeze response (yay, brain science!). We know that this is a totally normal and expected psychological reaction triggered by emotions like fear, anger and anxiety. They both perceived danger, and they reacted. Greg flew, Katie froze. This is the essence of our brain function, and we can’t vilify either one for simply reacting. Was Greg hostile at times? Yes. Was Katie cold? Yes. Did they both fail to accurately express themselves? Yes. Their interaction can be toxic without being mutually abusive or narcissistic, and I truly believe that’s what we saw on tonight’s episode. We witnessed two people that are incredibly attracted to each other, with past trauma and raw emotions, who clearly did not communicate well and, in turn hurt each other. Hurt people, hurt people. With that said, should Katie and Greg be together? Probably not.

Before signing off, I will leave you with this: why, just why, was the bloopers section of tonight’s episode replaced with an “In Memoriam” tribute to Greg and Katie’s relationship?!

About writer Micaela Katz: As you know, Bachelor Mondays have been part of my weekly routine way before I had a baby, and COVID-19 put our social lives on freeze. I watch the show as a guilty pleasure while obsessing and likely over-analyzing the relationship dynamics within the contestants, production and the franchise. As a first-generation immigrant, Latina and first-time mama (shout out to my 15-month-old daughter, Sigi), I seldom see myself in the contestants. Our voices deserve (and need!) to be heard, and I want to challenge our traditional view and coverage of the franchise as we aim to push for more racial diversity, equity and inclusion.