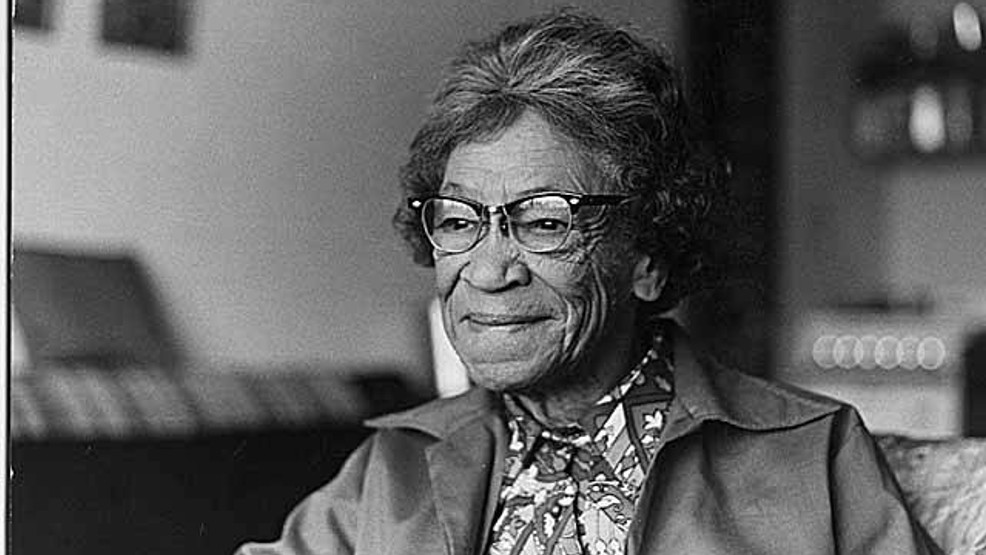 A dozen to remember: Black Seattleites whose stories deserve retelling

Every year during Black History Month, we hear about people whose names we may not know, whose accomplishments were overlooked, or whose contributions were erased by racism. Seattle is no exception to this. We sought out experts in Black history to help us acknowledge the names and stories critical to the development of the Seattle area and Washington state.

Stephanie Johnson Toliver, the president of the Black Heritage Society of Washington State, says that the history of Black people and what they have contributed to the vitality of Seattle and the region is huge. Her organization has been working with the Washington State Historical Society to develop an online curriculum and lesson plans that teachers can use – and not just during one month of the year.

Toliver also sits on the board of MOHAI, and they are working to expand educational resources to address the need for better education related to Black contributions. And she’s very excited about the efforts of the Washington State Department of Archaeology and Historic Preservation, which received funds from the National Parks Service to conduct a statewide survey of African American heritage sites. They will nominate two of the sites to the National Register of Historic Places.

"Washington State is terribly underrepresented in this category, yet there are a number of places that are eligible," she says.

As people learn about these missing pieces to our history, Toliver says it's important to remember that Black people whose names we hear in February are often vetted to be flawless "examples" of Black people. People who have been arrested or convicted of crimes, who have raised their voices about racism or injustice, who are single mothers or have children with multiple partners – these people are often excluded, even though their stories are of import to history. Toliver wants people to dig deeper.

"Our community is made up of a diverse population that contributes in many different ways," Toliver says. "Taking any one contribution away or ignoring the importance of what makes us unique yet common in humanity, only dishonors the collective richness of our city and does an injustice to future generations who are informed by our history."

The people below? She calls them just the tip of the iceberg.

1. Nettie Craig Asberry – Born in 1865 in Kansas, she was one of the few African American women to earn a bachelor’s degree from the Kansas Conservatory of Music and Elocution. She moved to Seattle in 1890, and then to Tacoma in 1895. In both places, she worked as musical/choir director for local churches, and she spent more than 50 years teaching music out of her home. She is best known as a suffragist and an advocate of women’s rights and was instrumental in helping establish the Washington State Federation of Colored Women in 1917 and later served as its president and historian. In 1913, she founded the Tacoma chapter of the NAACP, the first west of the Rocky Mountains. The first act: a protest of a bill banning interracial marriage. She also helped found NAACP chapters in Seattle, Spokane, and Portland. Asberry died in 1968. Last year, the Pacific Colored Women’s Club purchased her landmarked home with the intent to restore it.

2. Blanche Sellers Lavizzo – Born in 1925, Lavizzo was the first Black female pediatrician. She was married to a surgeon, and the couple came to the area in 1956. She was the first medical director of the Odessa Brown Children’s Clinic, which lives on as part of the Carolyn Downs Family Health Center.

3. Bertha Pitts Campbell – The founder of the Christian Friends for Racial Equality which worked to expand housing and other opportunities for two decades, Campbell was born in 1889. She was an early board member of the Seattle Urban League. She was one of the founding members of the Delta Sigma Theta sorority at Howard University and the first Black woman to vote as a member of the Cherry Street YWCA board, an organization for which she served four terms as its chair. The YWCA recently launched the Bertha Pitts Campbell Equity Awards, which "honor people taking action to eliminate racism and empower women; who are breaking down systemic barriers and promoting opportunities for women and girls to thrive and lead, particularly in Black, Indigenous, and People of Color (BIPOC) communities." The YWCA is currently seeking nominees for this year's awards.

4. Russell 'Noodles' Smith – Co-owner with Burr Williams of the renowned Black & Tan Club, Smith earned his nickname by always keeping enough money for a bowl of noodles after a night of gambling. He arrived in Seattle during the Alaska Yukon Pacific Exhibition of 1909 and is known as the father of the Seattle Jazz scene, luring the likes of Duke Ellington and Louis Armstrong here. He amassed a fortune through his business and real estate, as well as bootlegging, and his club was known to be welcoming to people of any color. Between his retirement in 1940 and death in 1952, he worked in the community, investing in other business ventures, paying off fines for people around the holidays, and working with the formerly incarcerated.

5. Edwin T. Pratt – Pratt was assassinated at his front door in January 1969, only 39 years after his birth. He came to Seattle as a newlywed in 1956, on assignment from the Urban League. He and his wife were among the first to integrate previously segregated Shoreline in 1959. The Urban League put him in charge of their Seattle operations in 1960. He was a founding member of the Central Area Civil Rights Committee and often negotiated with political and economic leaders of the city on CACRC’s behalf. Pratt’s daughter Miriam donated his archives to the Black Heritage Society last year.

6. Rev. Dr. Sam McKinney – The long-time head of Mt. Zion Baptist Church, McKinney was born in 1926 and was a classmate of Martin Luther King, Jr. at Morehouse College. Dr. Quintard Taylor, a Seattle historian who created the website BlackPast.org and has written several books on the history of this area, acknowledges that McKinney is not someone who has been overlooked or forgotten, but is such a behemoth in the story of Black Seattle that he has to be included in any list. Along with his work at Mt. Zion, McKinney created the first Protestant credit union in the state, as well as the first Black-owned bank in the state, Liberty Bank. The number of organizations to benefit Black citizens that he was instrumental in founding is long and varied. He participated in every important civil rights demonstration in Seattle, marched in Selma, and was the person responsible for the single visit MLK made to Seattle. In his later years, he protested against apartheid and chaired the Washington Rainbow Coalition. He died in 2018.

7. Isaiah Edwards – Toliver says Edwards is one of those who isn’t as widely recognized as he should be. He worked at Boeing for 40 years and created the International Baseball League, which had 32 teams up and down the Pacific Coast. He was the first Black delegate for the Democratic National Convention in 1962, and helped to integrate the Seattle Fire Department and Seattle City Light. He campaigned against chokeholds by police and redistricting that limited the impact of the Black vote. He died at 81 in 1994.

8. Flo Ware – This amazing and tireless advocate for children was instrumental in upgrading Seattle schools in areas that were predominantly Black. She raised 20 foster children and was an organizer of the Central Area School Board, Foster Parent Association, and spearheaded the Meals on Wheels Program.

9. James Washington, Jr. – You can see this sculptor, artist, and civil rights activists’ sculpture Fountain of Triumph at the corner of 23rd Ave. and E. Union, where it was reinstalled this month. Born in 1909, he worked at the Bremerton Naval Base shipyards and Ft. Lawton during World War II. His first major show was at the Frederick and Nelson flagship store, and Washington also arranged exhibitions at Mt. Zion Baptist Church. His meeting with Mexican artist Diego Rivera led to his beginning to work as a sculptor. His central district home was named a historic landmark in 1992, eight years before his death, and is now a cultural center named for him and his wife Janie.

10. William Grose – Toliver says he is at the “historic root” of Seattle’s Central District. He moved to Seattle in 1860 at age 25, when the population was just 300. He was just the second Black man to live in what was then a village. He ran a restaurant called Our House, and during his successful Seattle career, he owned a restaurant, a hotel, and a ranch, and was one of the founders of the First AME Church. At his death, he was one of the wealthiest people in Seattle. The new First Station 6 will be renamed to honor him.

11. Horace Cayton – Along with his wife Susie Revels Cayton, he was a newspaper icon who came to the city in the 1890s. He started the Seattle Republican and Cayton's Weekly newspapers, which ran through 1920. Cayton was a founding member of the NAACP in Seattle and helped raise money to fund construction of Mt. Zion Baptist Church. His activities to assist in the advancement of equality led to harassment by law enforcement and government officials. He died in 1940 at the age of 81.

12. Millie Russell – A Seattle native, she was born in 1926, the child of political activists. She was the first Black woman to study medical technology at Seattle University. Her career took her from the King County Central Blood Bank (now the Puget Sound Regional Blood Center) to the University of Washington, where she earned both her Master's and Ph.D. She was hired as director of the Preprofessional Program for Minority Students in Health Sciences at the university, and later became assistant to the Vice President, Office of Minority Affairs. She spent more than 30 years at the university, during which she actively mentored and advised students. Russell founded the Early Scholars Outreach Program to prepare underrepresented middle-school children for higher education. This was the model for a national program that is still used. She died last November.

Taylor and Toliver both say there are plenty of resources you can find to expand your knowledge any month of the year. BlackPast.org has a searchable database, and there are collections available at both libraries and Seattle archives. Toliver added that the UW Special Collections has oral histories that are digitized for listening, and it continues to grow.

Lisa Jaffe is a freelance writer for Seattle Refined. You can see more of her work here.